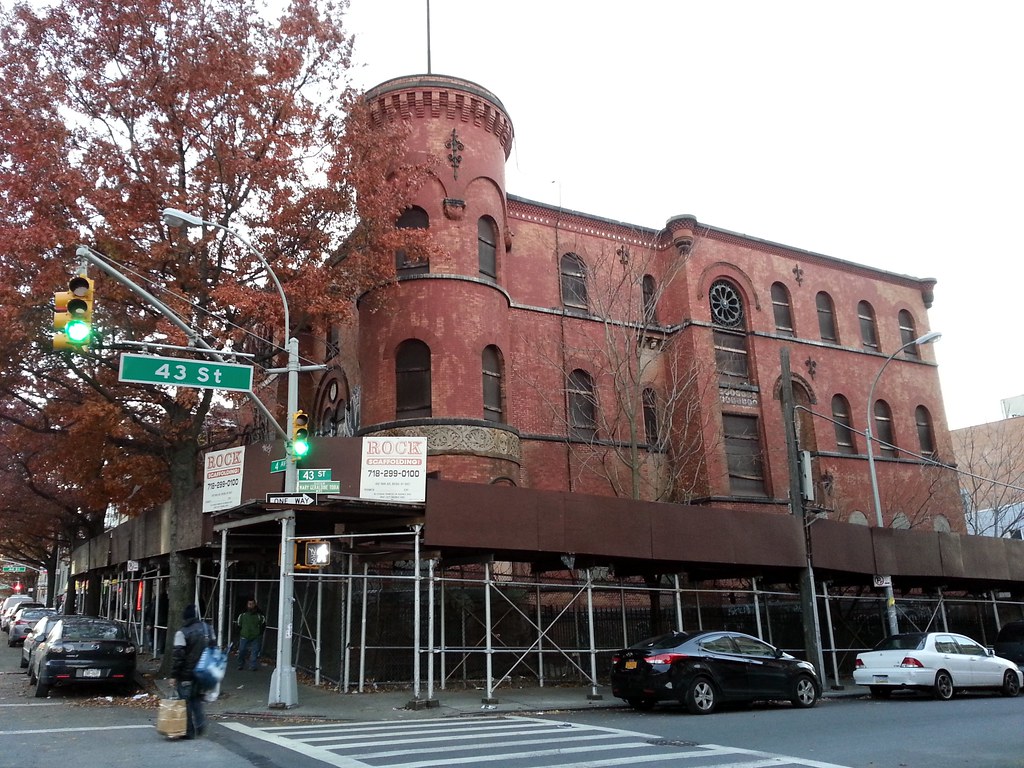 This "striking [example] of late 19th-century civic architecture", with its "chaotic variety of decorative forms: a corbeled parapet of rounded brick, rope moldings of terra cotta, zigzag and Romanesque carving, rock-faced brownstone and decorative ironwork", originally housed the 18th Police Precinct (which was subsequently renumbered many times, becoming the 43rd, 143rd, 76th, 32nd, and, finally, the 68th Precinct). The architecture was meant to intimidate potential wrongdoers; at the building's dedication in 1892 (covered by the Brooklyn Daily Eagle with the subheading "Where Gallant Policemen Will Often Pass With Just Pride, but Where, Probably, Many a Poor Wretch Will Leave Hope Behind"), the Brooklyn police commissioner said: "A man about to commit a crime would stand appalled at the sight of a station house such as this is."

The precinct moved to a new station house in 1970, and the building has largely been left to deteriorate for many years now, despite being designated a city landmark in 1983. You can see some photos of the interior and the adjoining stable here. Back in February, we passed by a very similar decrepit old station house, designed by the same architect, out in East New York.