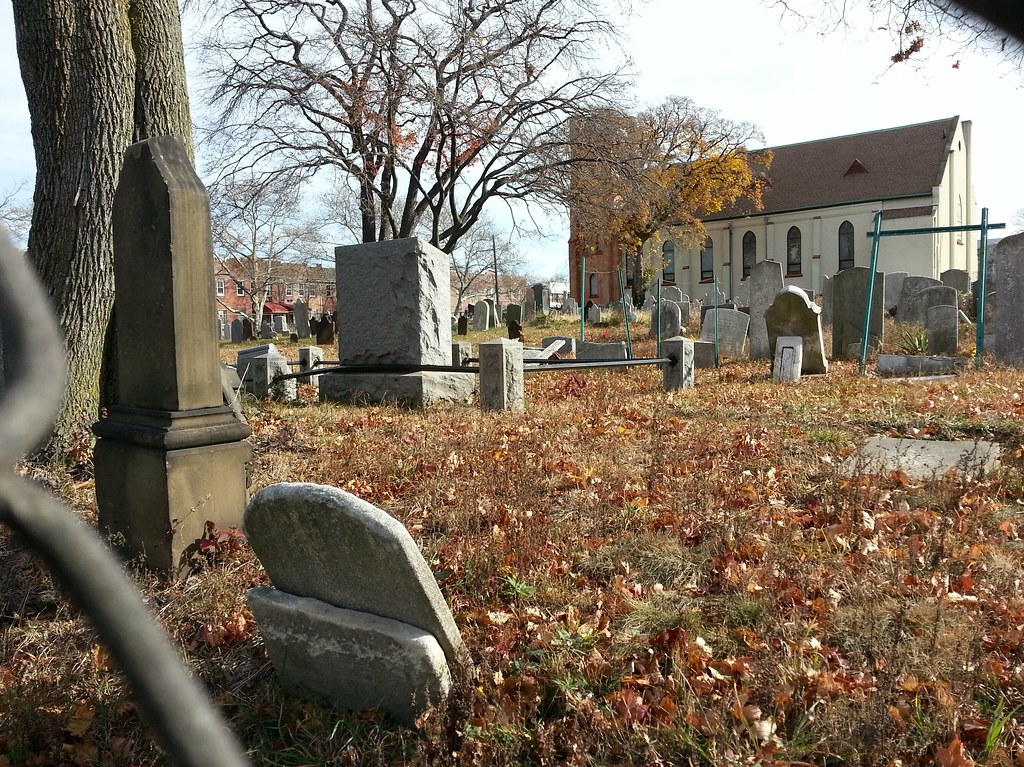 This cemetery was established around 1654 in the old town of New Utrecht. The building in the background, Metropolitan Baptist Church (originally St. John's Reformed German Evangelical Lutheran Church), stands near the site of the first New Utrecht Reformed Church, which was constructed in 1700 using stones originally brought over as ship ballast from Holland. After the church was later dismantled, its stones were reused once again, this time to build the current church of the same name a few blocks away in 1828-1829.

Here's some "evocative poetry" found on a headstone in the cemetery:

Behold and see as you pass by,
As you are now so once was I;
As I am now you soon will be,
Prepare for Death and follow me.