Lunch atop a Truck 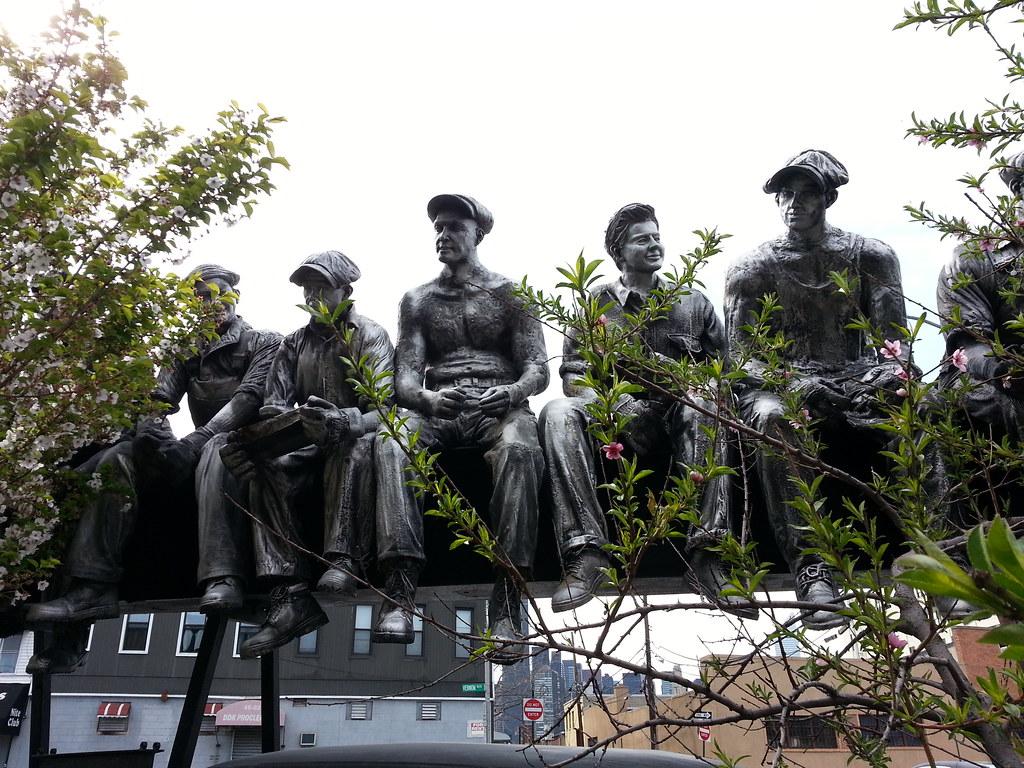 This three-dimensional, truck-mounted re-creation of the iconic photo Lunch atop a Skyscraper* was sculpted by Sergio Furnari, a Sicilian-born artist who started out selling smaller versions of the work (which can now sometimes be found on view in the back of the truck) from a sidewalk table in SoHo in the 1990s. He spent about a year making the first life-size rendition, finishing it not long after 9/11. He was allowed to display it near the ground zero public viewing platform for a few months as a tribute to the ironworkers participating in the grueling cleanup effort, and he later took the piece on a tour around the country. After returning to New York, one of the figures was stolen right off the girder in 2007, but was then found wrapped in plastic behind a church six months later. Mr. Furnari sold the work in 2009, along with another full-size reproduction, to a couple of restaurateurs from Indiana; as far as I can tell, the sculpture you see above is the third large-scale one he's made.

* We've previously seen two other takes on this famous photograph.