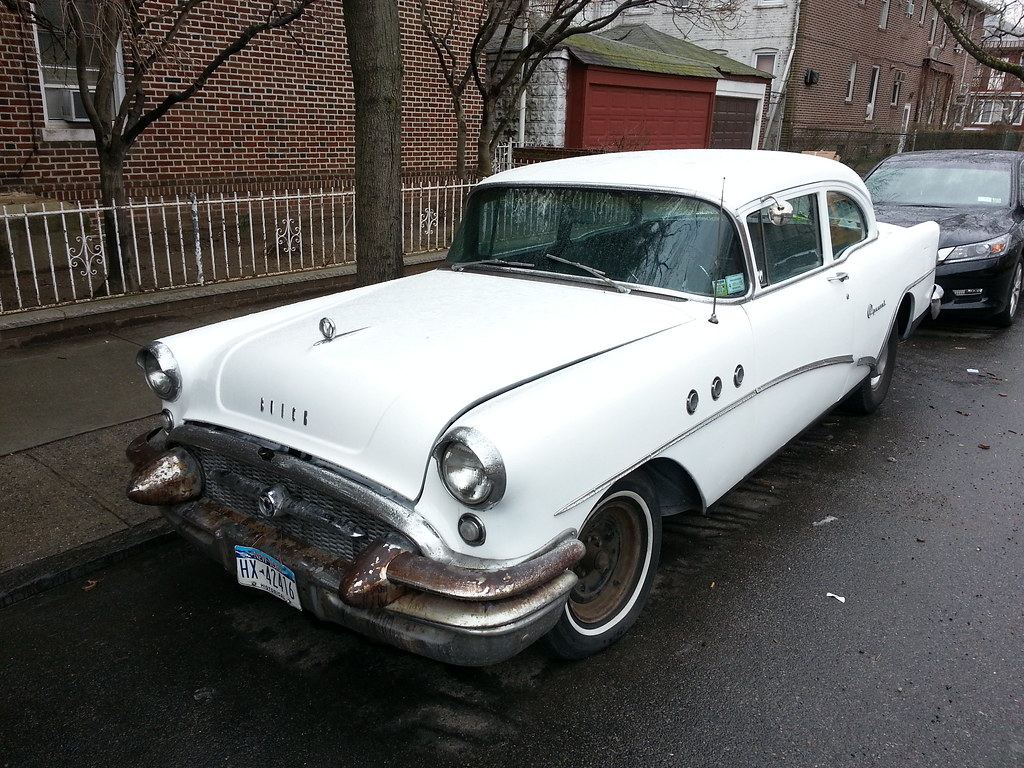 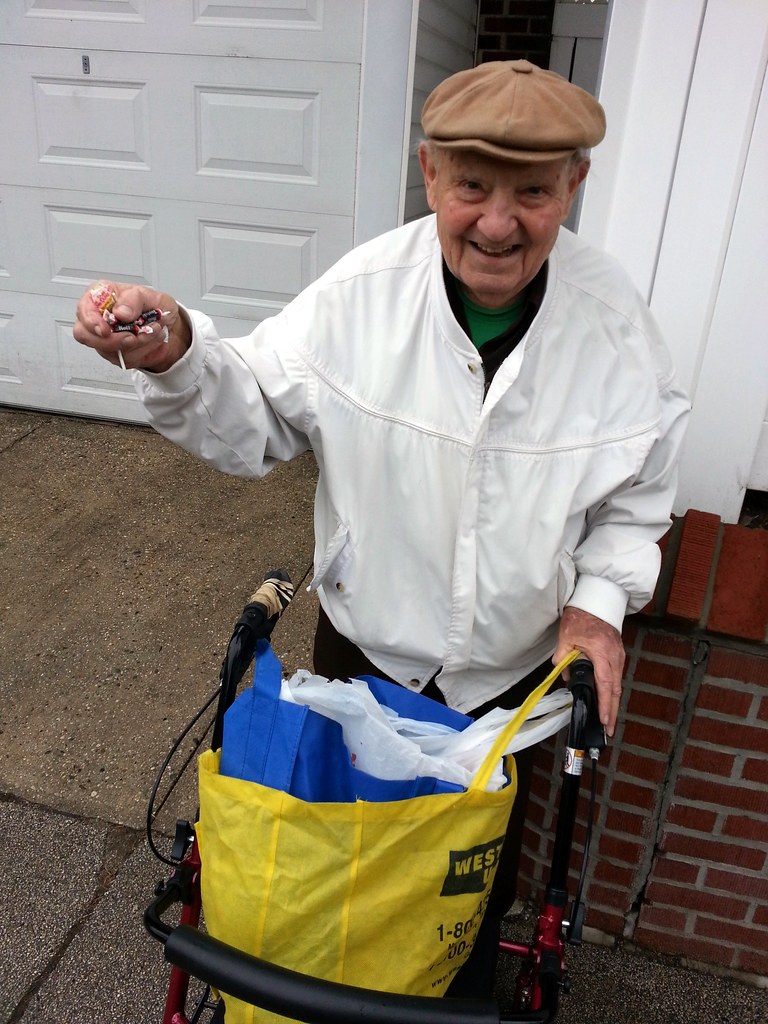 "Watch out for the Tootsie Rolls!" he called out as I passed him on the sidewalk. I wasn't sure what he was talking about; I thought maybe he was warning me about dog poop on the ground. But when I turned around, I saw he had a handful of actual Tootsie Rolls, and some Dum Dums lollipops as well. He said he always carries candy with him because he likes to make people smile.

Mr. Esposito is 91 years old. We walked a few blocks together and he told me about his family and his time in the military. Seeing me wandering around on a weekday, he must have inferred that I was unemployed, because he asked on a couple of occasions if I was doing all right and wanted to give me some money to buy a sandwich. As we parted ways, he gave me his address and told me to stop by sometime to say hi. 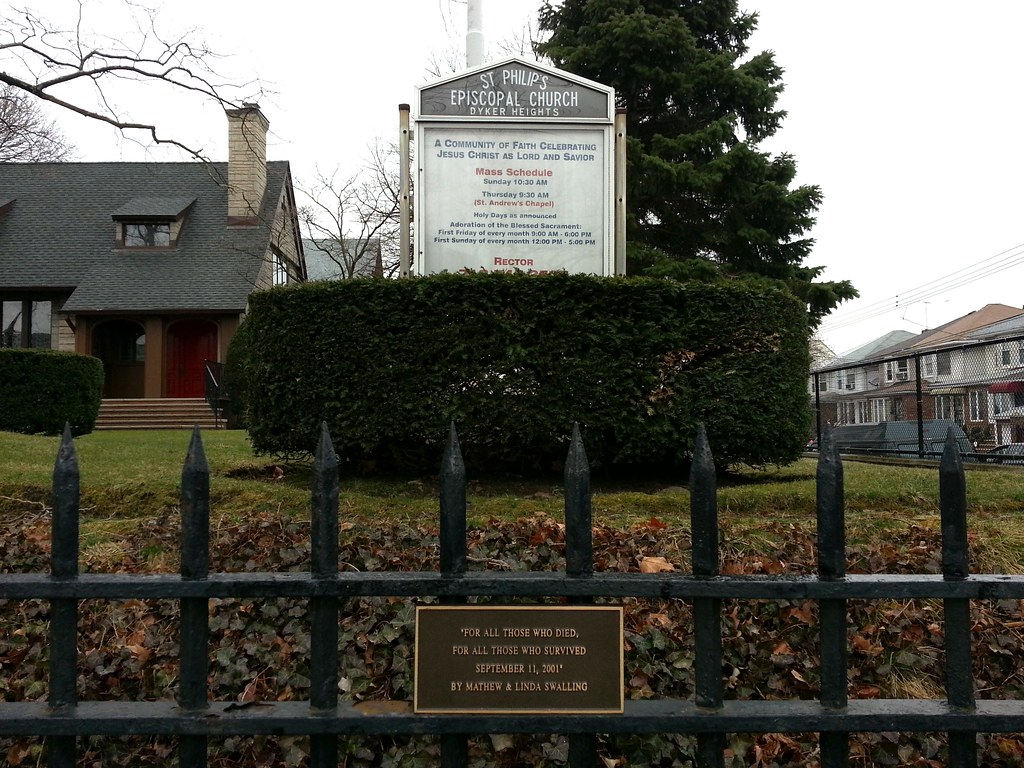 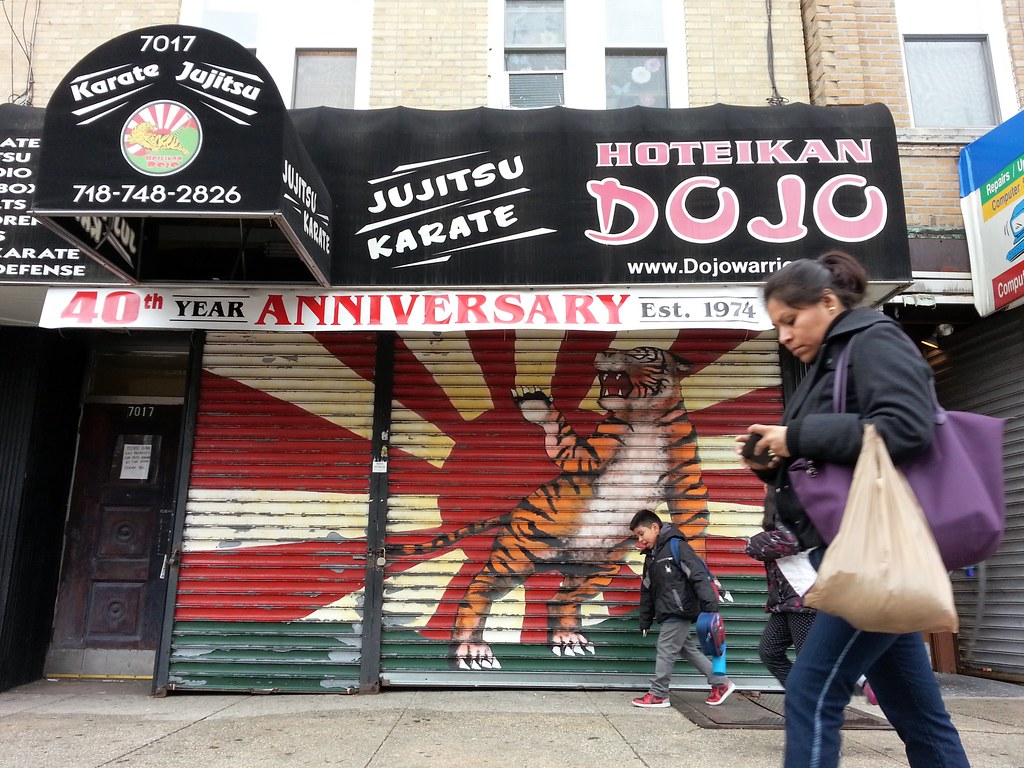 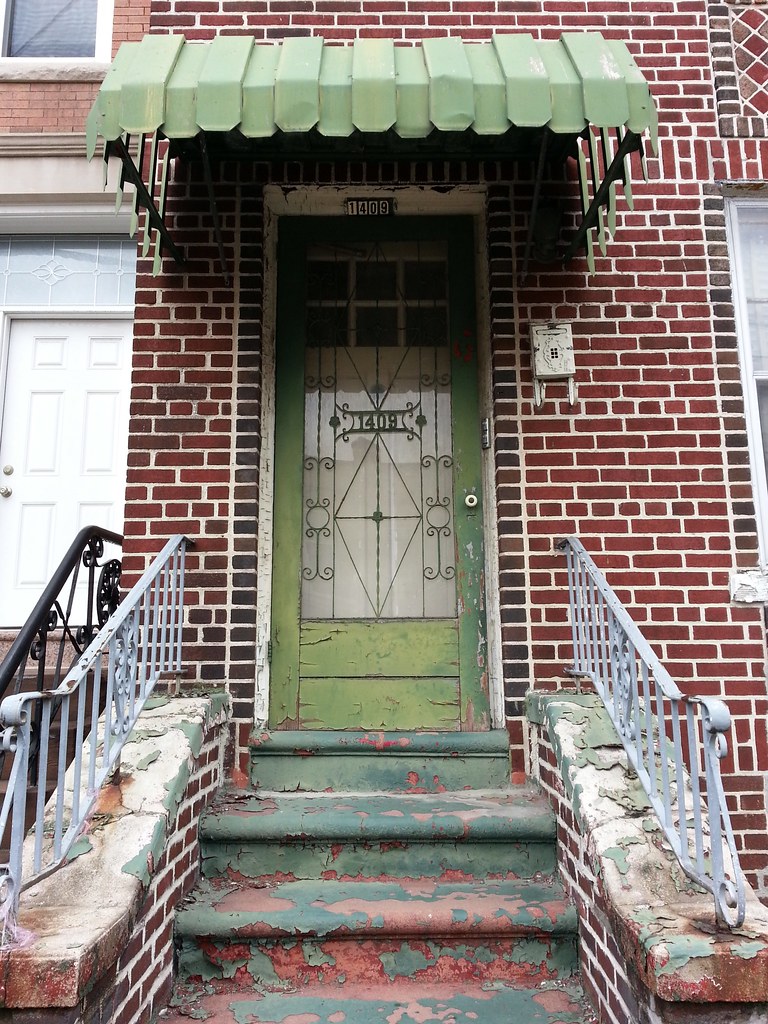 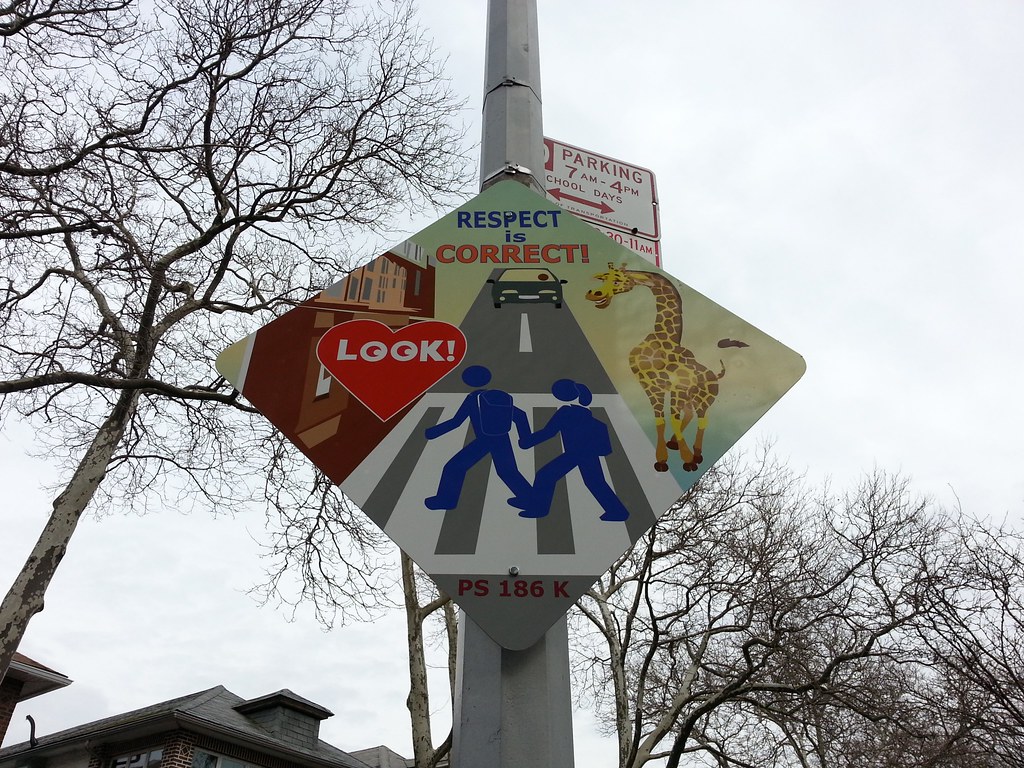 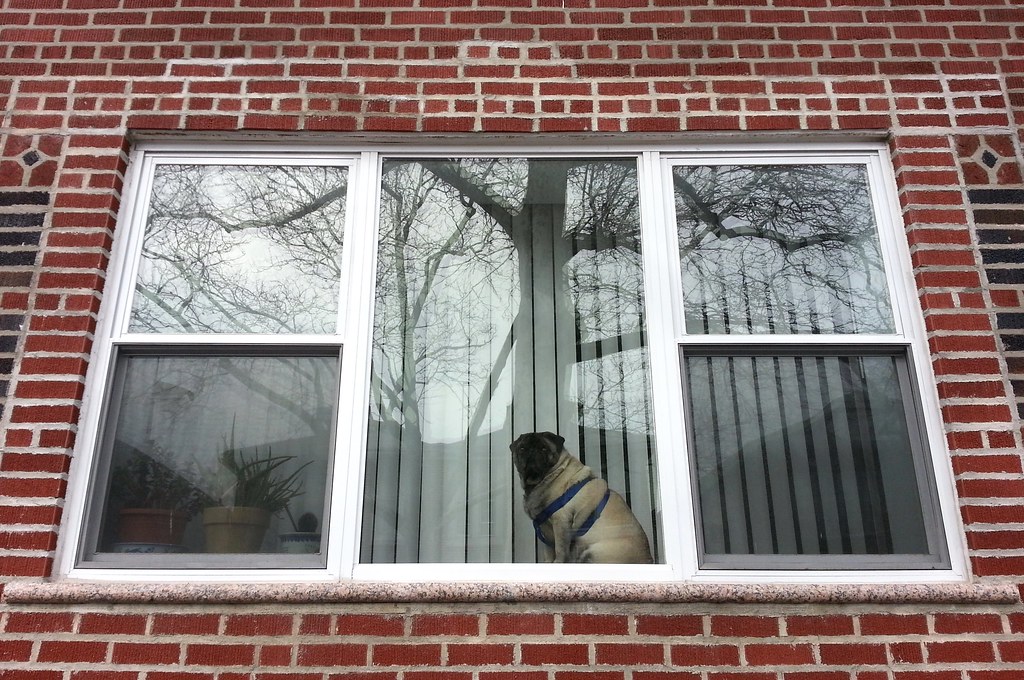 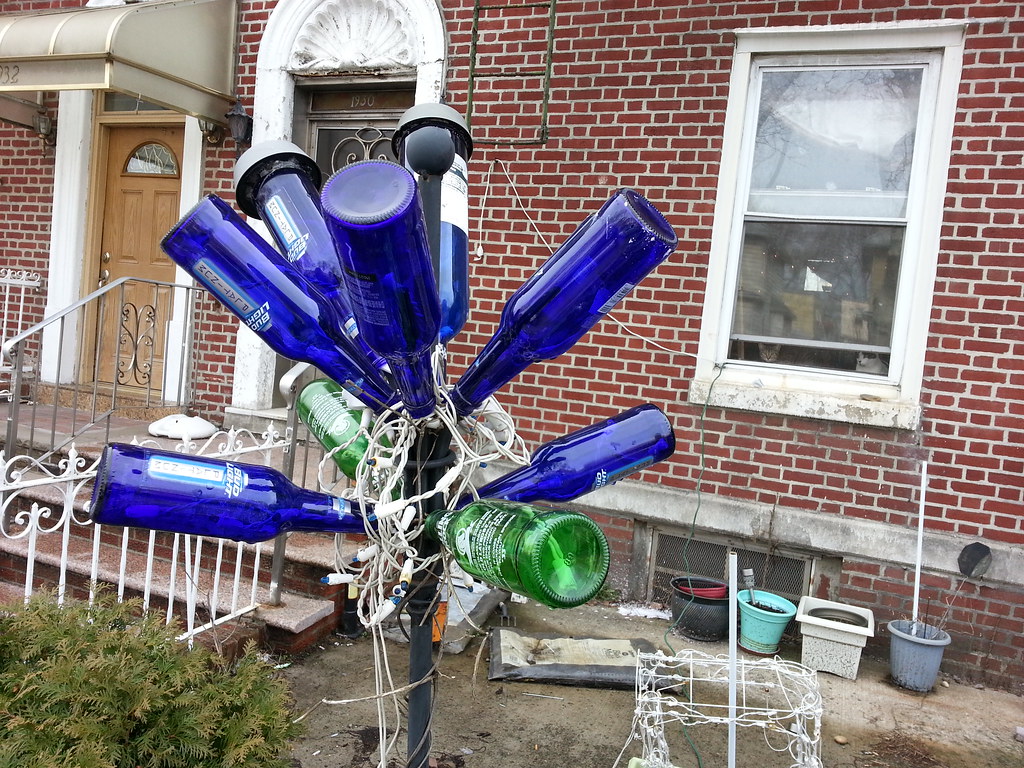 and a couple of curious kitty cats 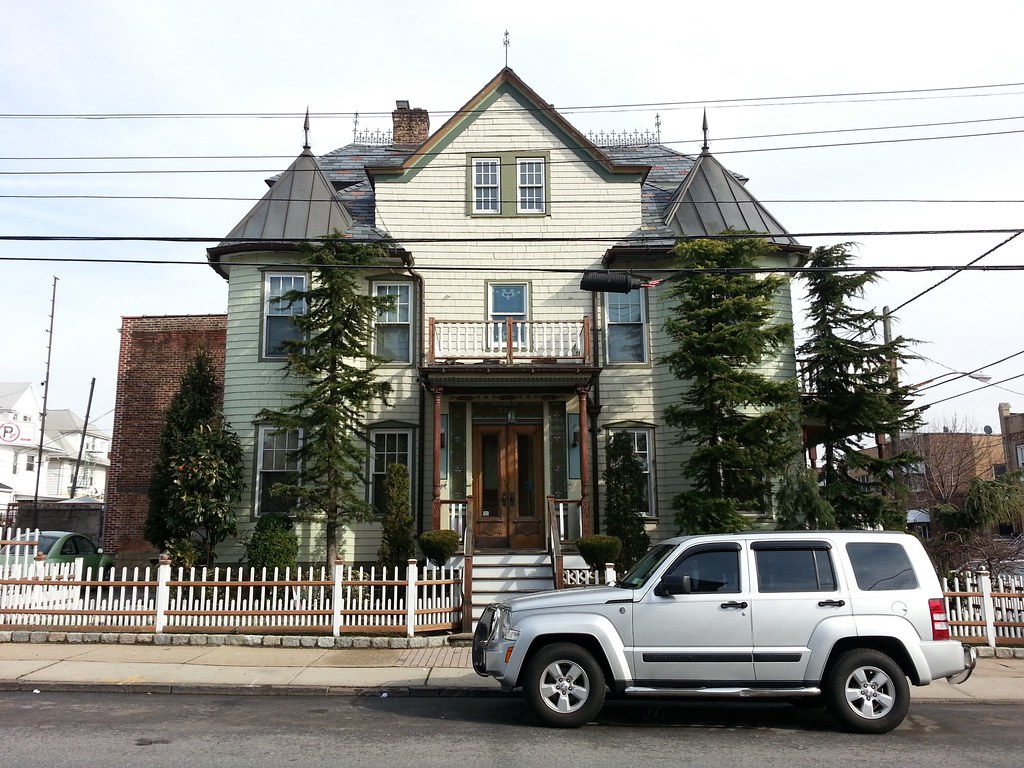 A real change of pace 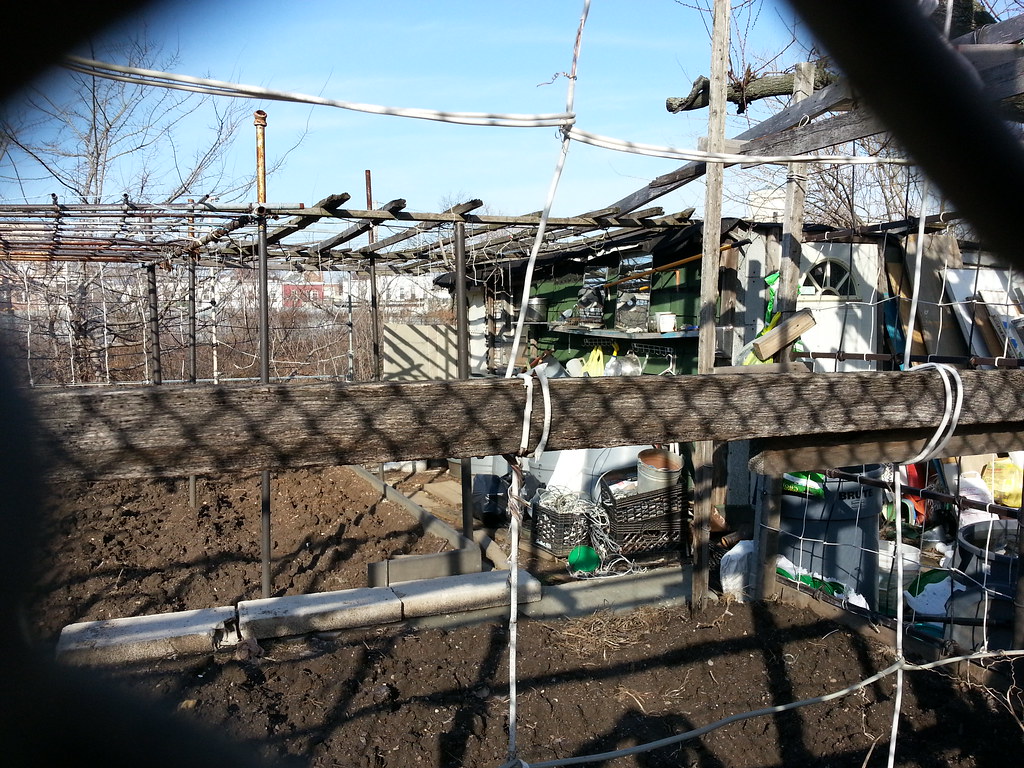 Here we are again at the somewhat mysterious, elongated garden squeezed in between 62nd Street and the tracks of the N train in Dyker Heights, running from 10th Avenue to 11th (aerial view). As you walk the long block between the avenues, the garden seems surprisingly large; the plant beds just go on and on, interspersed with an occasional rickety-looking shack like the one pictured or like this dilapidated pile of shingles. 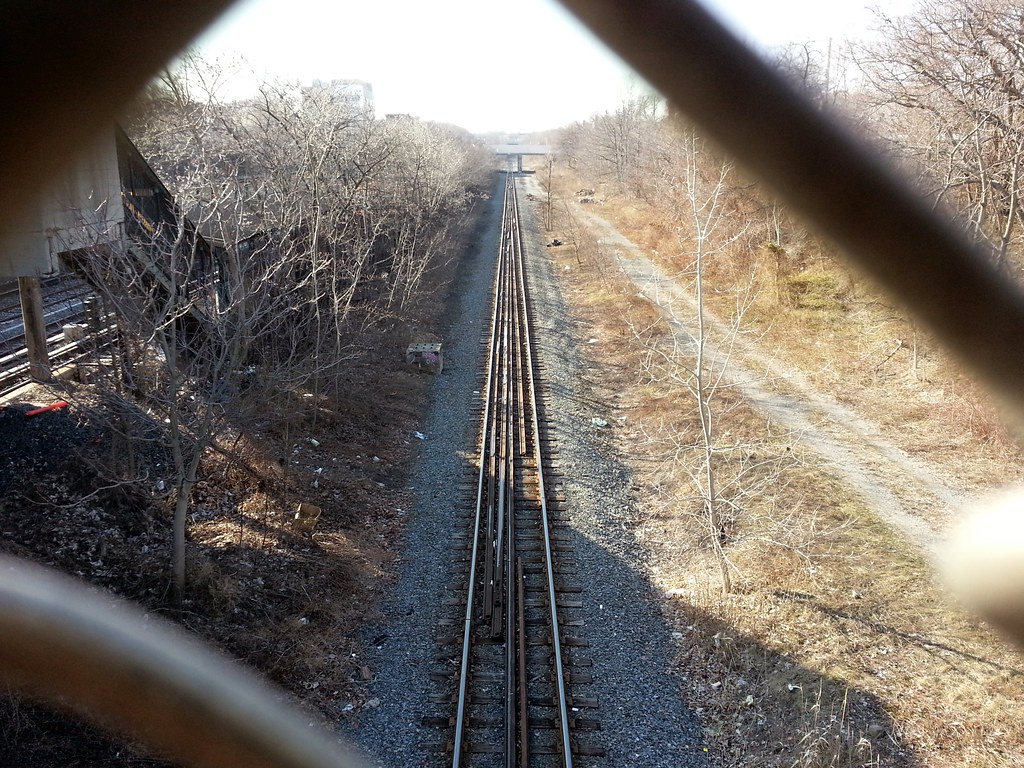 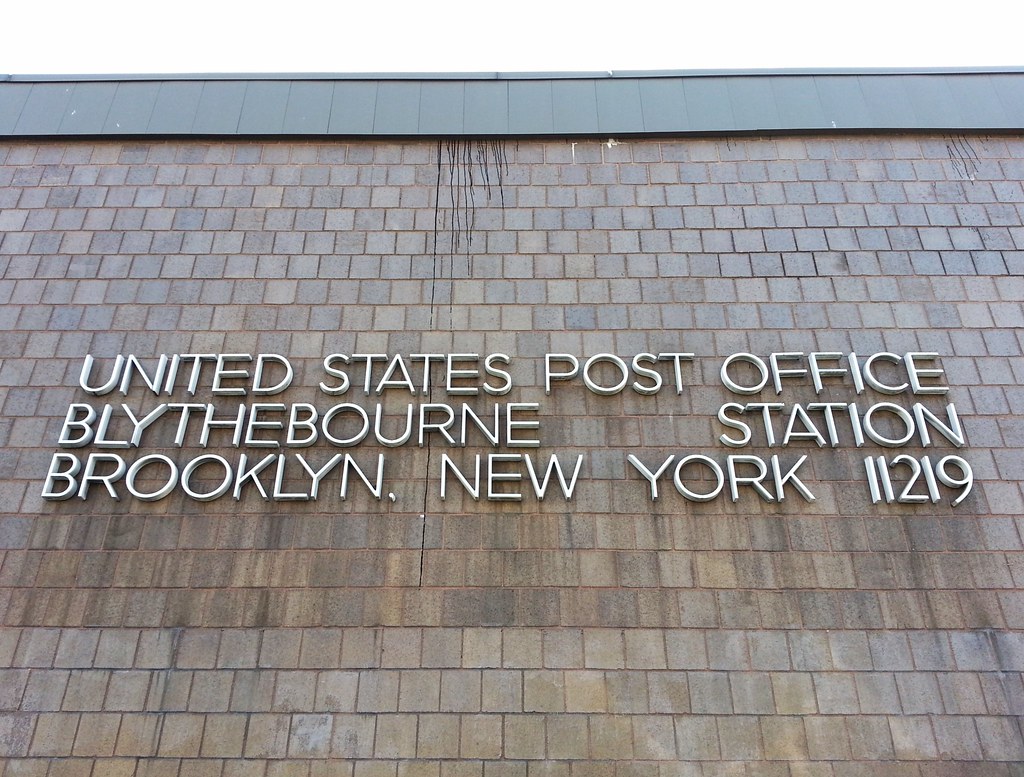 This post office preserves the otherwise vanished name of a late-19th-century real estate development that was long ago swallowed by the neighborhood of Borough Park. In its day, Blythebourne was billed as "a model suburban village . . . [with] 40 different styles of cottages," an appealing alternative to that era's overcrowded tenements, whose "physical and moral evils have been deprecated by political economists, reformers, and philanthropists alike." 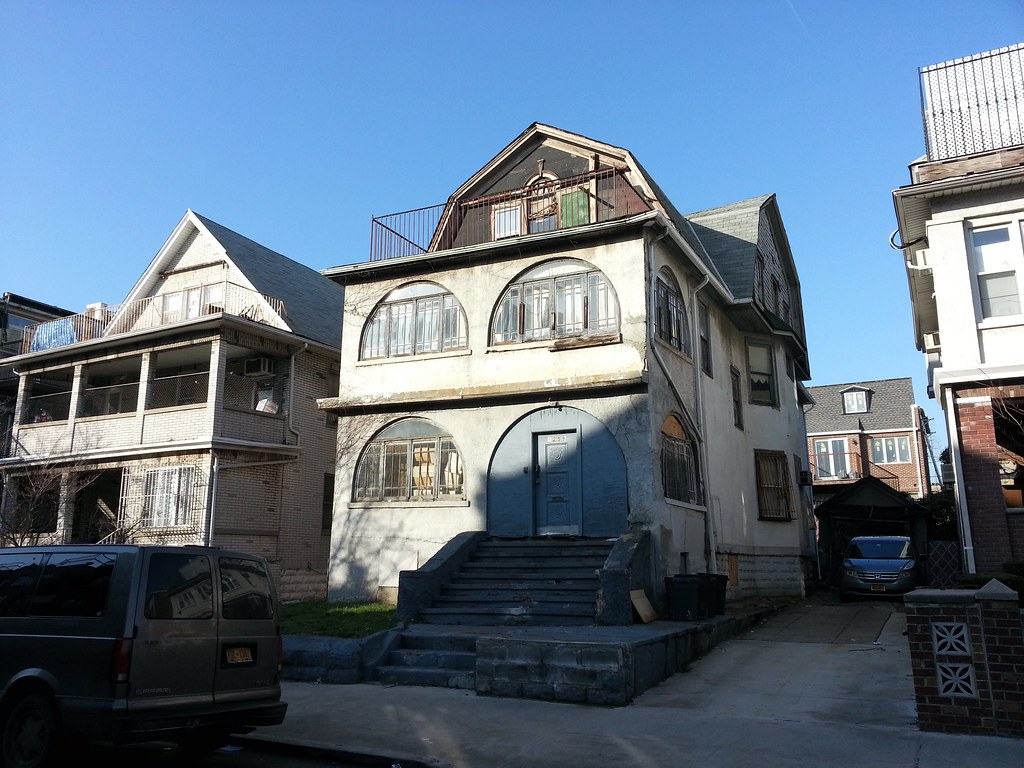 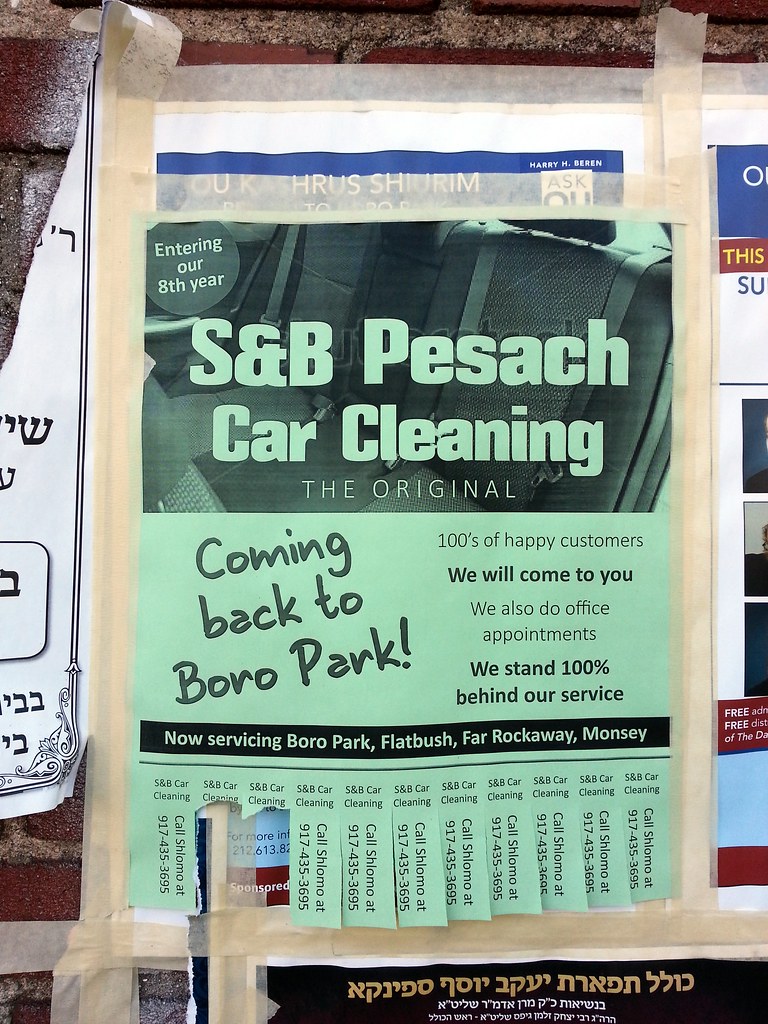 Gotta get rid of all the chametz before Pesach (Passover) starts — just watch out for the "Passover Specials".

The Buzz of Boro Park 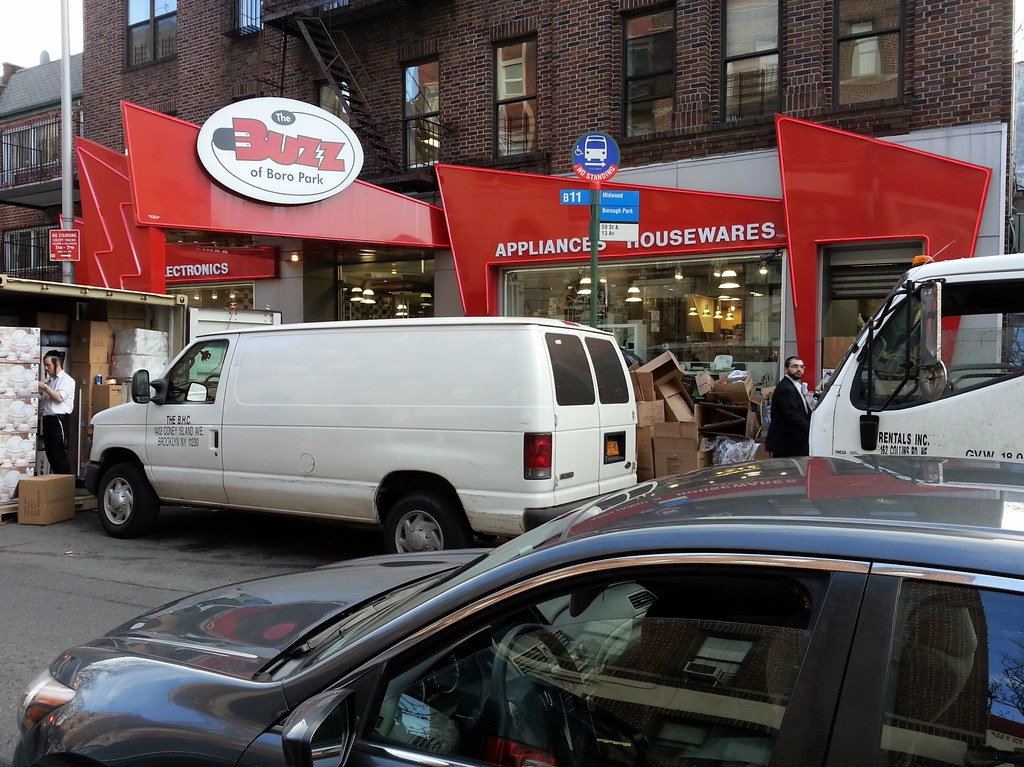 This is the setting of the robot-packed music video for "Hang Up The Phone" by Lipa Schmeltzer, "the Lady Gaga of Hasidic music". I didn't know anything about Mr. Schmeltzer until I saw an album of his advertised on a billboard by the BQE back in 2012. 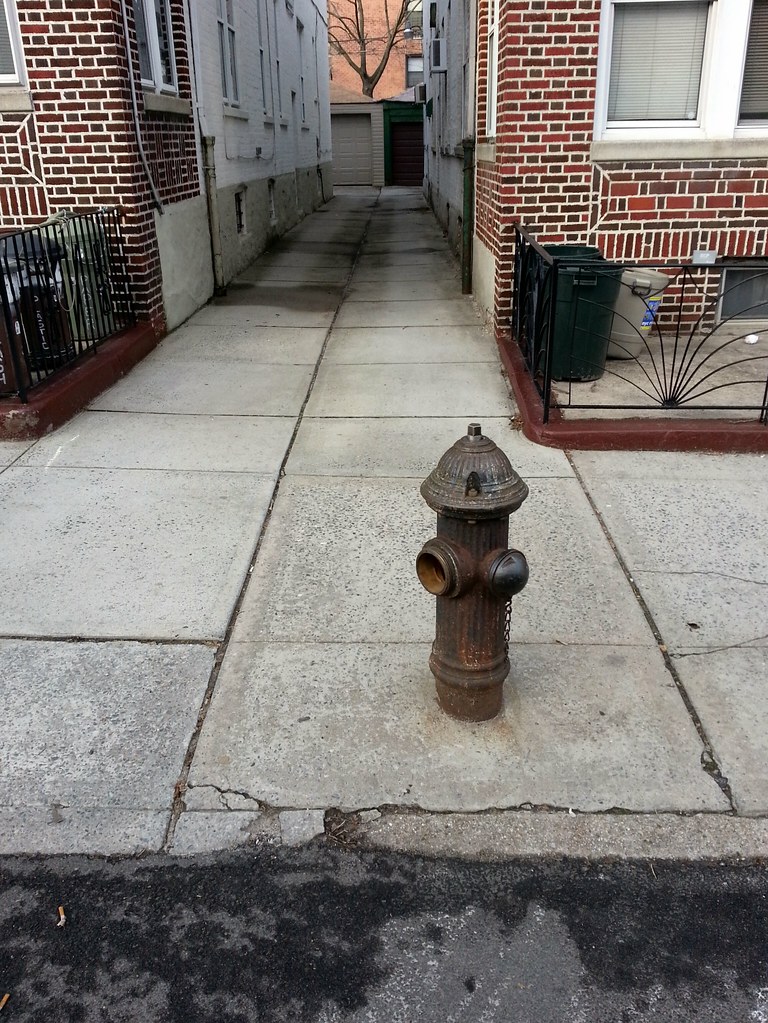 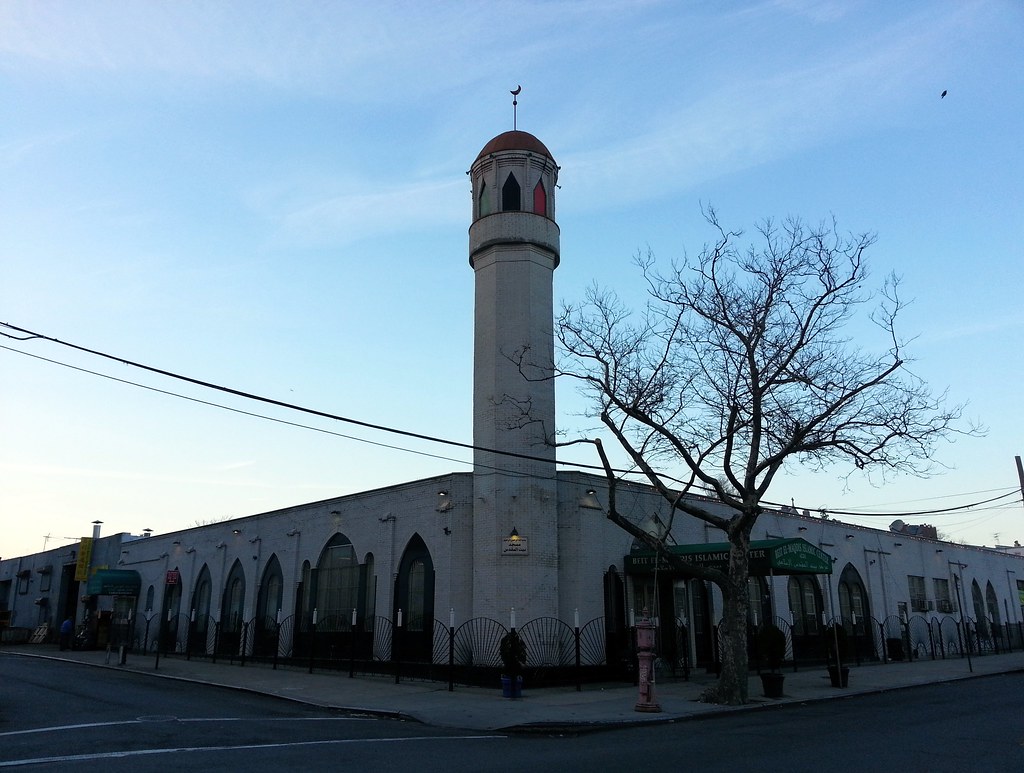 There’s no stopping the King 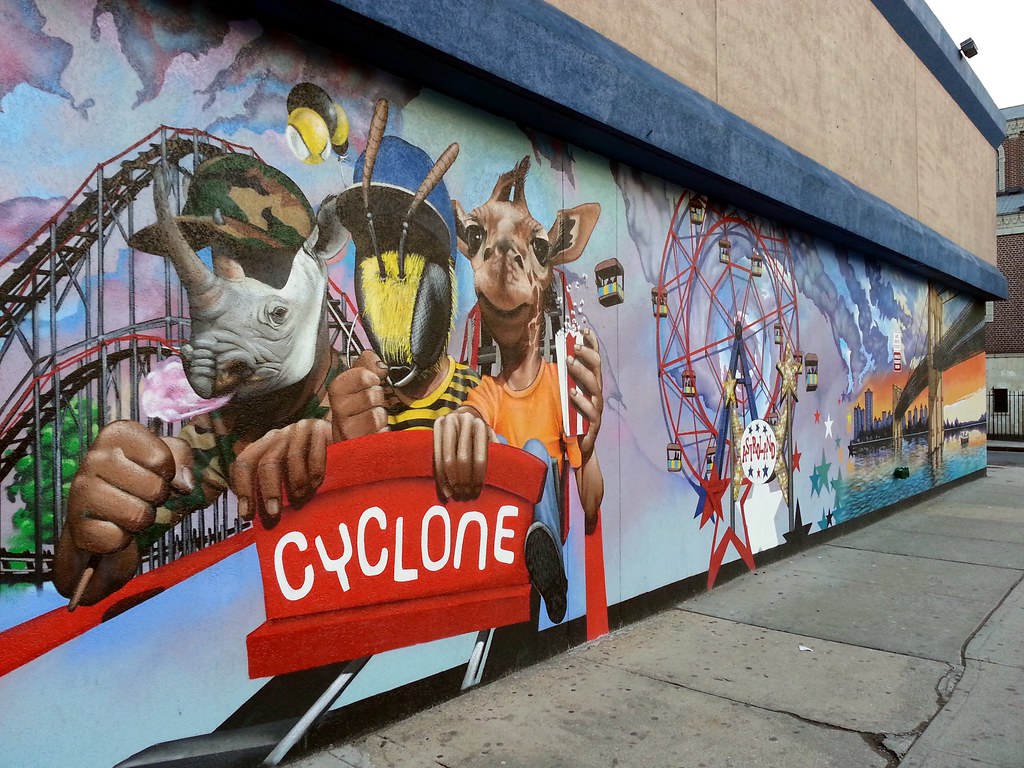 From the Bronx to Manhattan and now to Brooklyn, the Royal Kingbee continues to push the frontiers of his mighty Rite Aid empire. 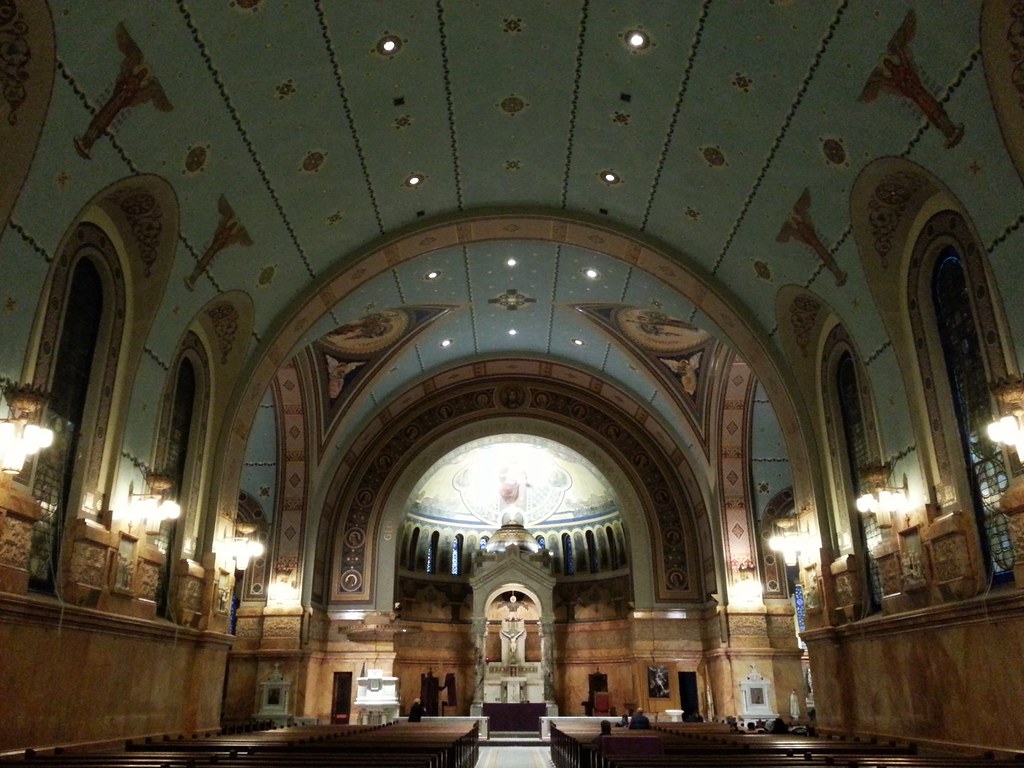