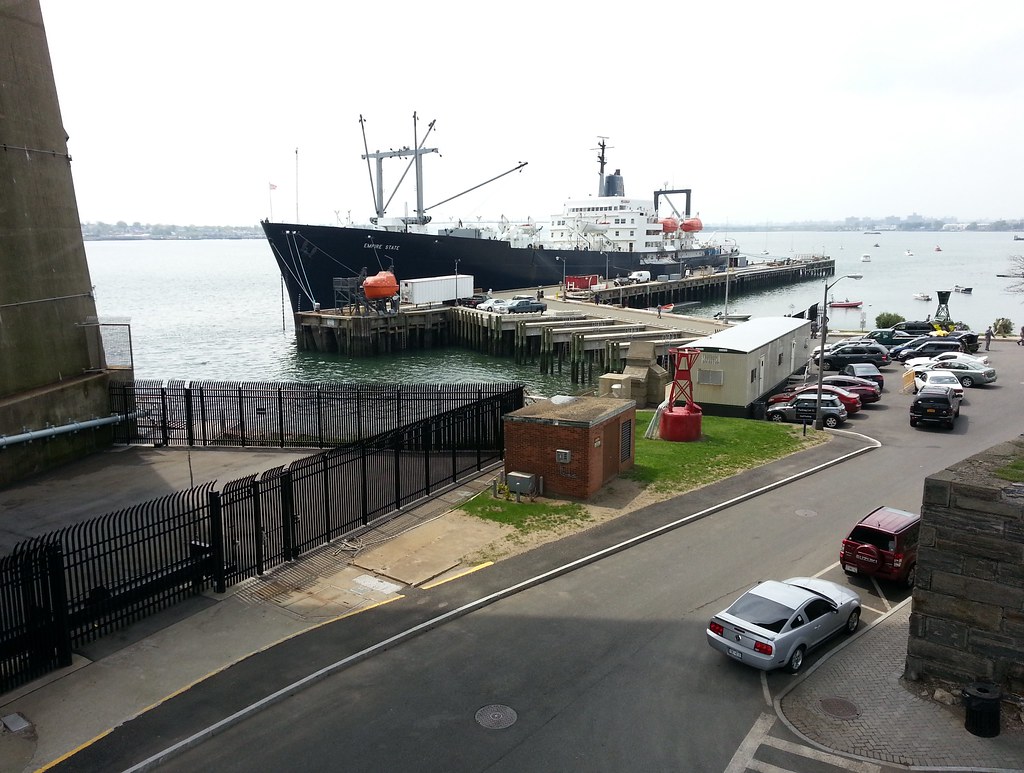 This former freighter has been SUNY Maritime College's training ship for the past quarter-century. In this photo, it's just two days away from departing on this year's three-month-long Summer Sea Term voyage to Baltimore, Philadelphia, the Canary Islands, Ireland, Denmark, and Portugal.

As part of the nation's Ready Reserve Force, the ship has also been called into duty on a few occasions during its time here at SUNY Maritime, once to bring American troops back from Somalia in 1994, and twice to provide housing for relief workers in hurricane-stricken areas (New Orleans after Katrina and New York after Sandy).