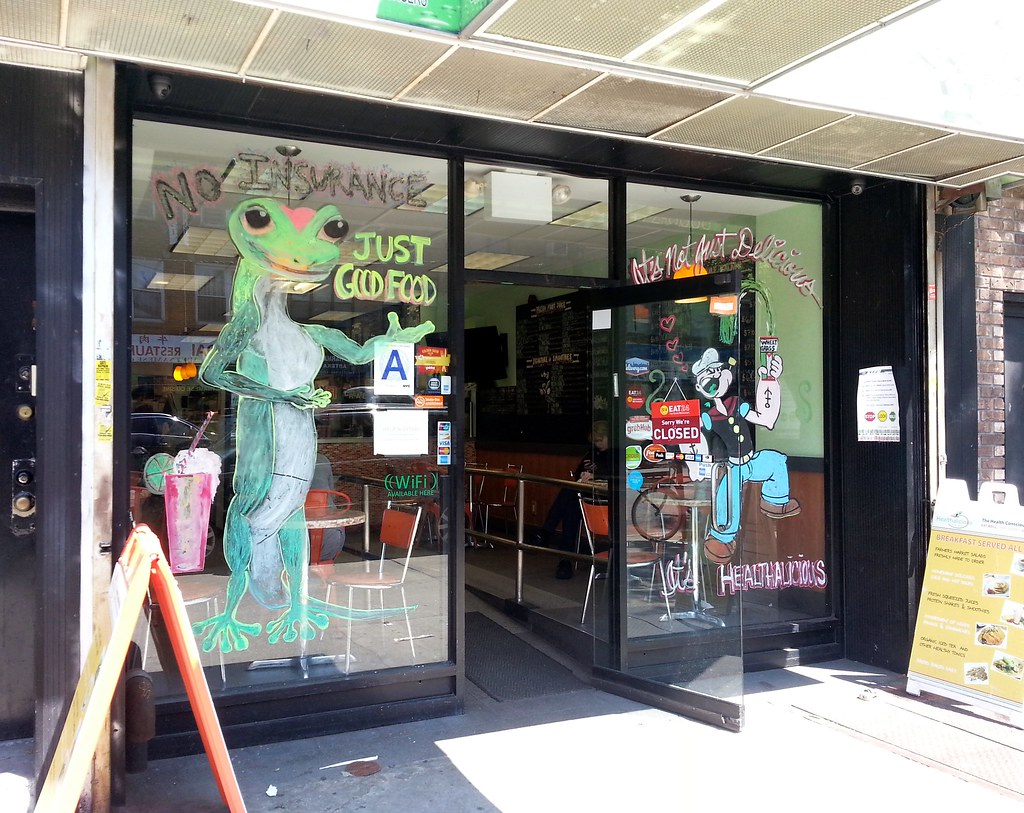 After leaving the FBI, but before becoming a Staten Island Congressman, Michael "I'll break you in half — like a boy" Grimm opened a health food joint on the Upper East Side with the same name as the unrelated establishment pictured above. He was recently indicted in federal court on a slew of charges stemming from his time running the restaurant; he is accused of underreporting wages and revenue, hiring undocumented workers, and lying under oath in a lawsuit brought by his employees. He has publicly described the investigation into his business practices as a "vendetta" and a "witch hunt". I say drop the charges, but throw him in jail for picking such an awful name for the place. Healthalicious? And the slogan ("better than delicious") only makes things worse.