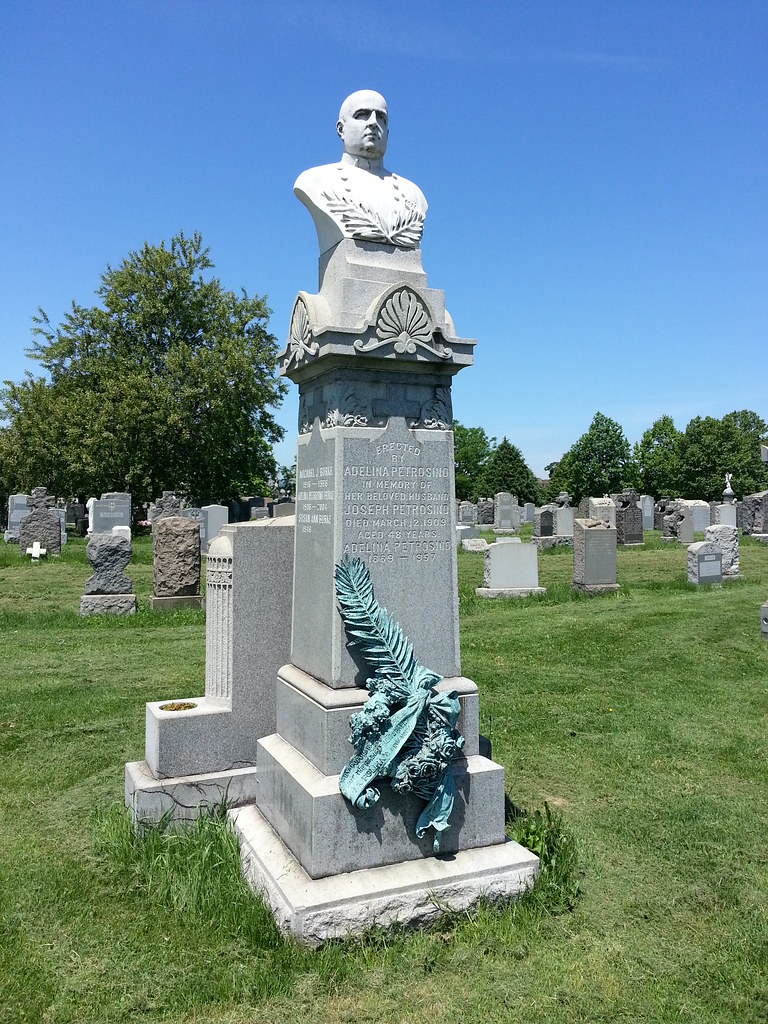 Lieutenant Petrosino is buried here in the newer sections of Calvary Cemetery.