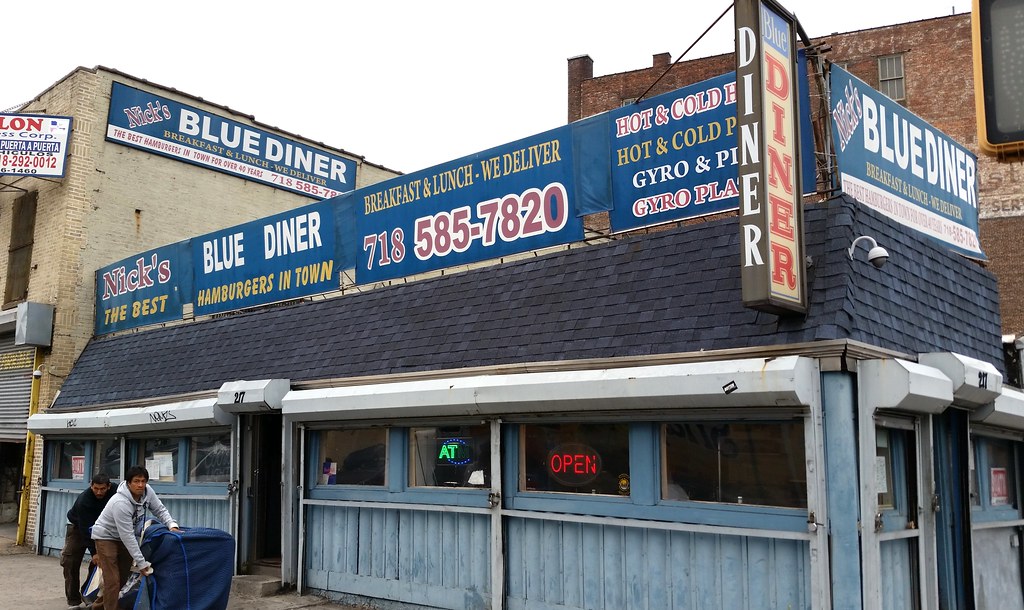 At "over 40 years" old, Nick's would seem to have been established around the same time as the burger palaces of Jumbo and Jimbo. But its signage, which bears some noticeable similarities to that of the other two places, is relatively new; it had a more spartan look back in 2007. Are the similarities just a coincidence, or is Nick ripping off the style of his patty-flipping rivals?