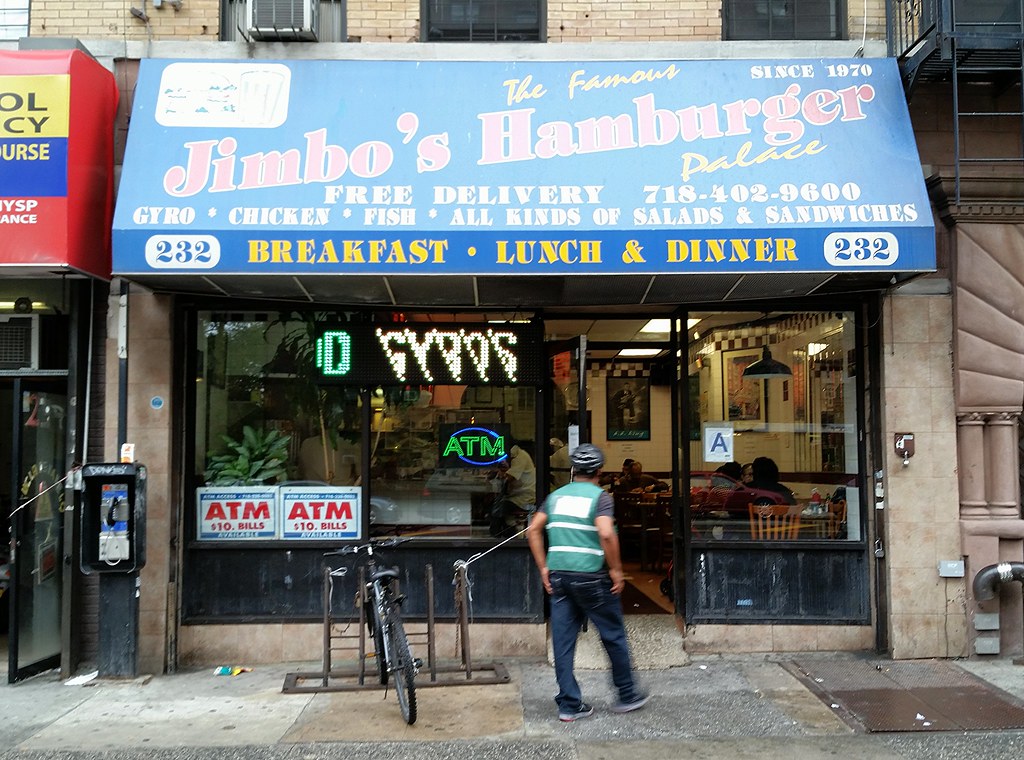 Compare to The Original Jumbo Hamburgers Palace. The similarities are striking. With a dozen or more restaurants in Upper Manhattan and the Bronx, Jimbo's is by far the more prolific of the two mini-chains; as far as I can tell, Jumbo has only two locations, both in Harlem. But Jumbo seems to be the original, both in name (Original vs. Famous) and date (1968 vs. 1970). There's also a "famous" Jimbo's Hamburger Place in Midtown East that supposedly has been around since the 1950s but bears no visual resemblance to the two Palaces in question.