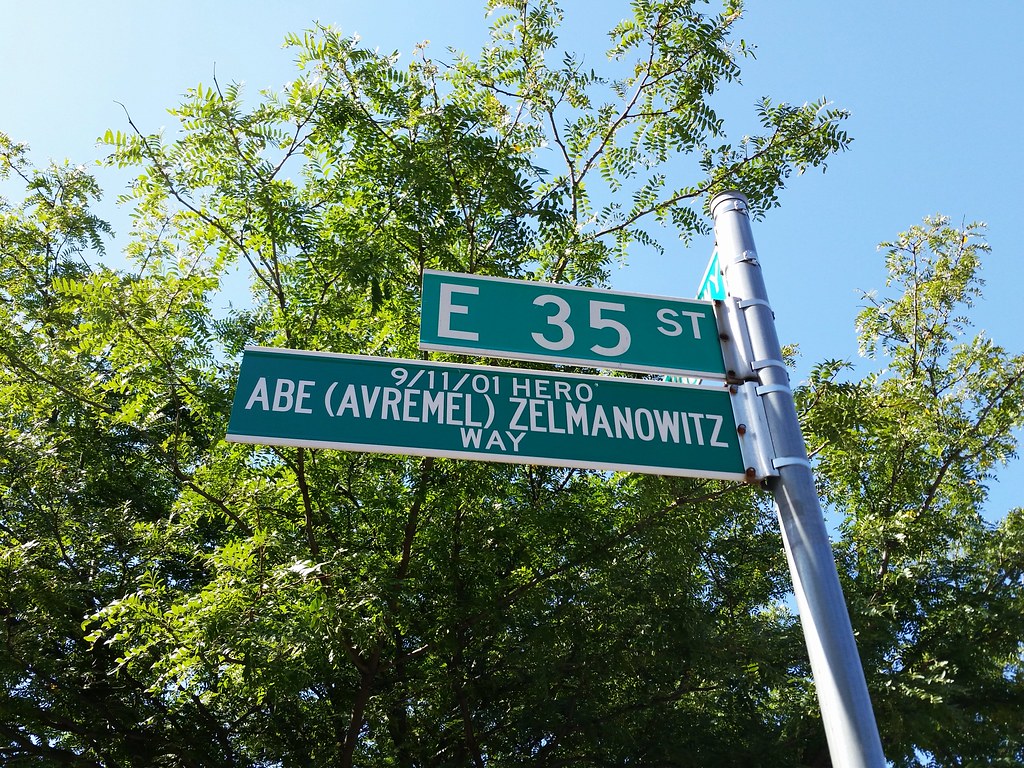 Abe Zelmanowitz worked on the 27th floor of the World Trade Center's north tower. After the first plane hit his building on 9/11, he could have fled to safety with the others on his floor, but he refused to abandon Ed Beyea, his quadriplegic co-worker, who was unable to use the stairs. The two of them were discovered by firefighters searching their floor shortly before the south tower collapsed. Realizing it wouldn't be long before the north tower followed suit, FDNY Captain Billy Burke instructed the other firefighters on the floor to leave the building. They did, rescuing two others on the way down, and they all survived by the slimmest of margins. Captain Burke decided to remain with Abe and Ed, perhaps with a long-shot plan of rescuing them, and all three were killed shortly thereafter when the north tower fell.

Here's a nice story about Abe's sister going to Afghanistan to meet a man whose brother and sister-in-law were killed by an errant American bomb a couple of months after 9/11.