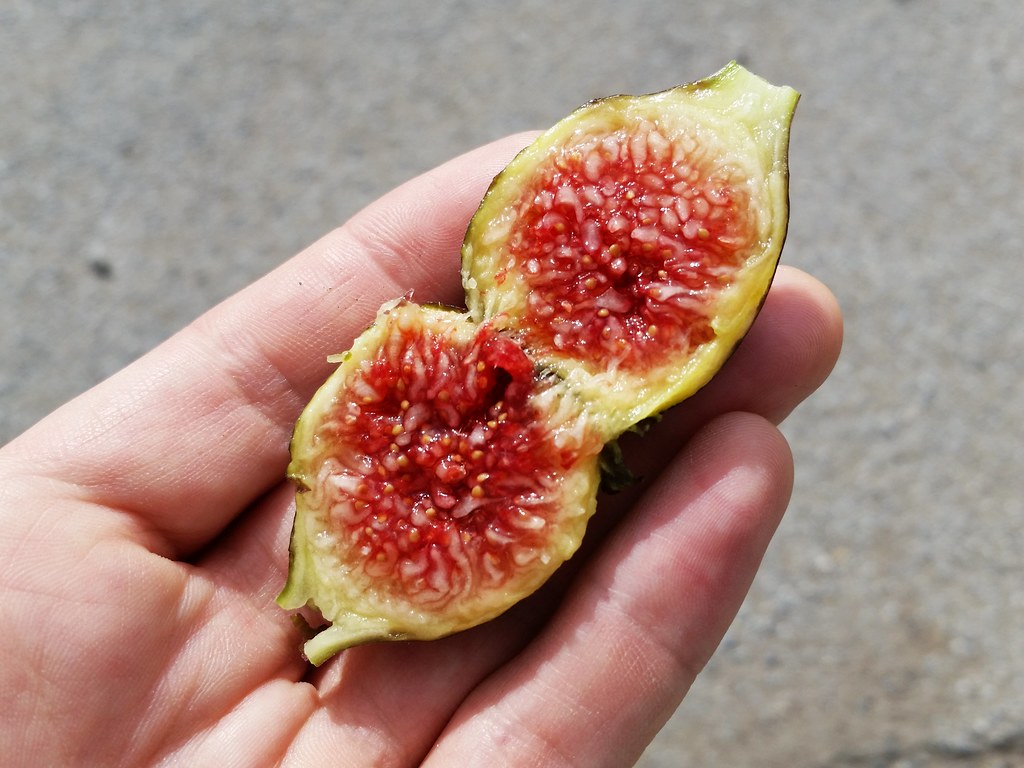 This is only the second ripe fig I've found this year! If this were one of the previous two years, I'd have eaten a million of them by now, but this year's crop is pretty puny. It seems that the harshness of the preceding winter is to blame. A few months ago, lots of people were fretting that their trees had died, but I think in many cases the trees simply didn't start producing leaves and figs until much later in the year than normal. I'm seeing a good number of figs growing at this point; it's just that most of them are not even close to ripe, and I can't imagine they're going to get there before the weather turns cold again.