Mine eyez have seen the glory 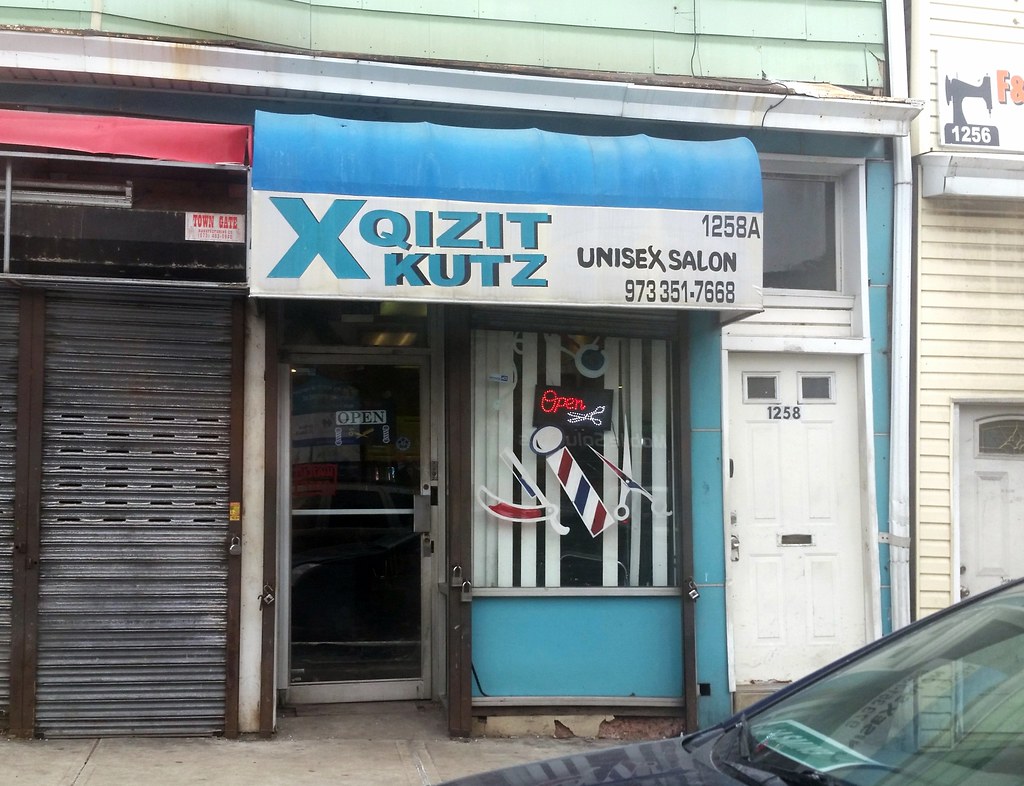 I was riding in a car on Springfield Avenue in Irvington, New Jersey, when I glanced out the window and spotted the ne plus ultra of barberz: XQIZIT KUTZ. For those keeping count, we have, in the space of a mere ten characters: 1) an E-less X, 2) a U-less Q, 3) a Z in place of an S, 4) an excised silent E, 5) a K in place of a C, and 6) another Z in place of an S. Astounding!

Now, you could potentially argue that an I (or two) should have been swapped out for a Y, or that the first T should have been turned into a D, but, come on, XQIZIT KUTZ is too restrained for that kind of nonsense.

Since it's not located in NYC, this xqizit xample of the barbering artz won't make it onto the official list of barberz, but that's just as well. It's clearly in a class of itz own.

Day 815: Churchagogue of the day