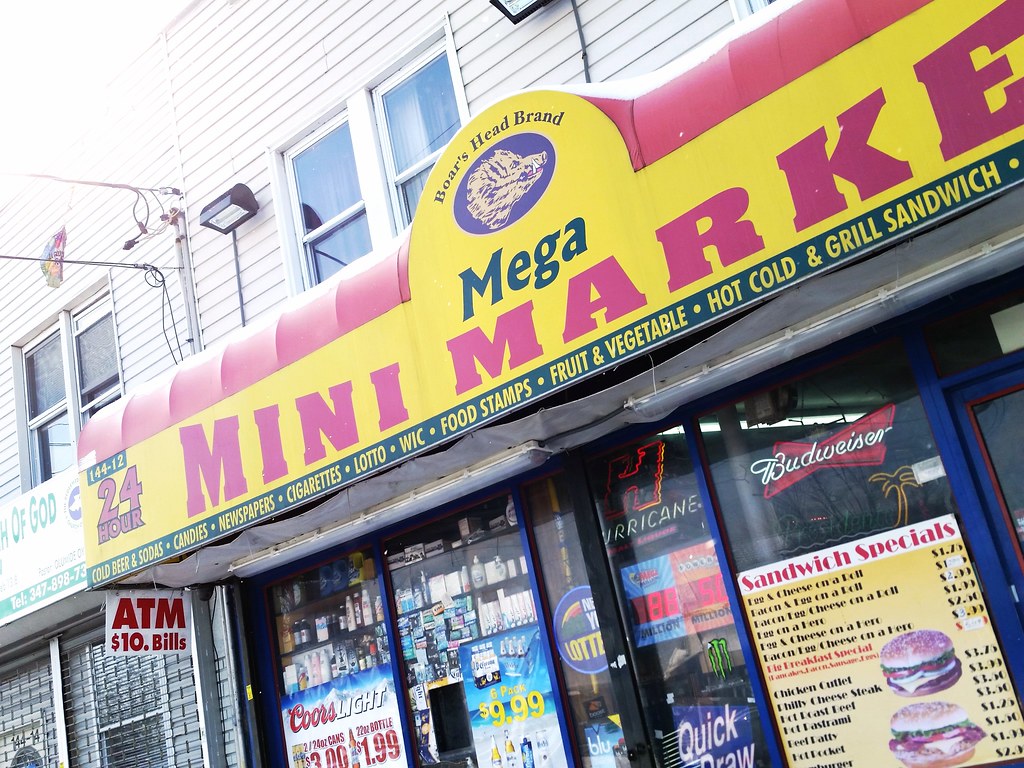 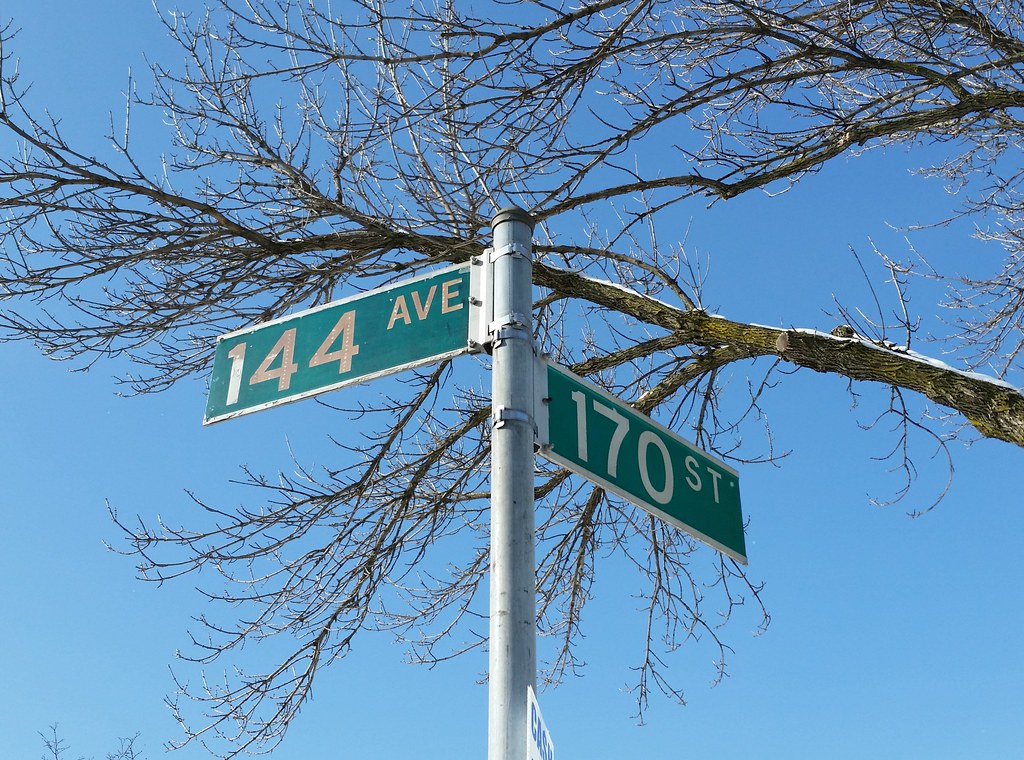 It's quite unusual to see Avenue abbreviated as AVE instead of AV on an NYC street sign, but I spotted a few older-looking AVE signs in the area today: the one above and a couple of others on 140th Avenue. 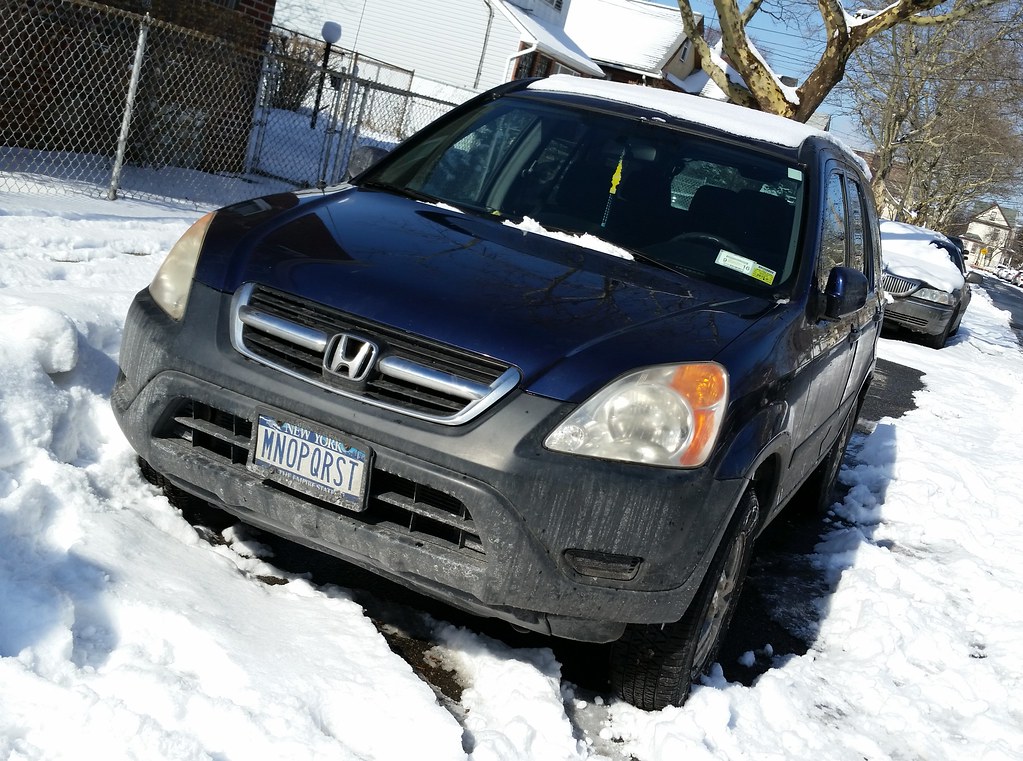 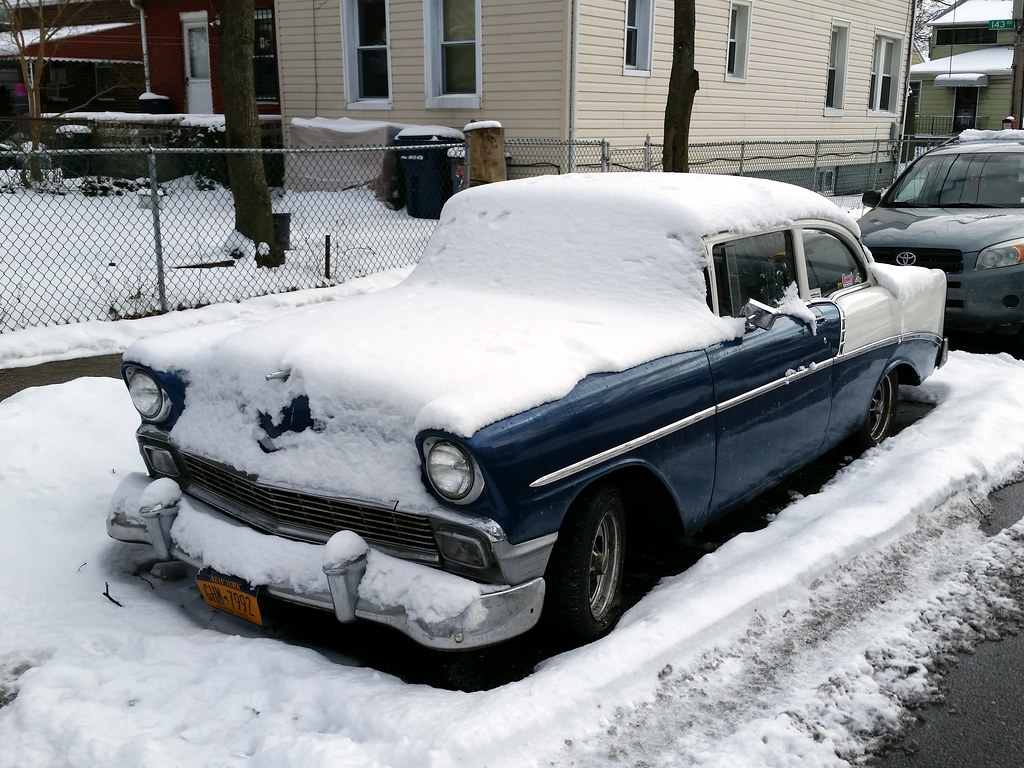 Standing atop a temporary mountain range 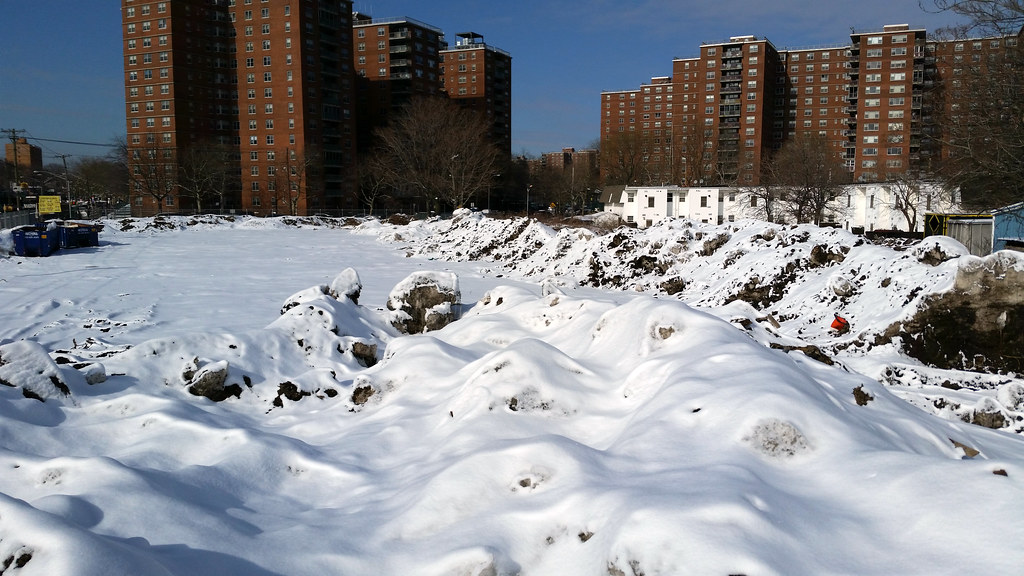 This lot appears to be Rochdale Village's "snow farm". Compare to those of Boston (more) and Buffalo (more). 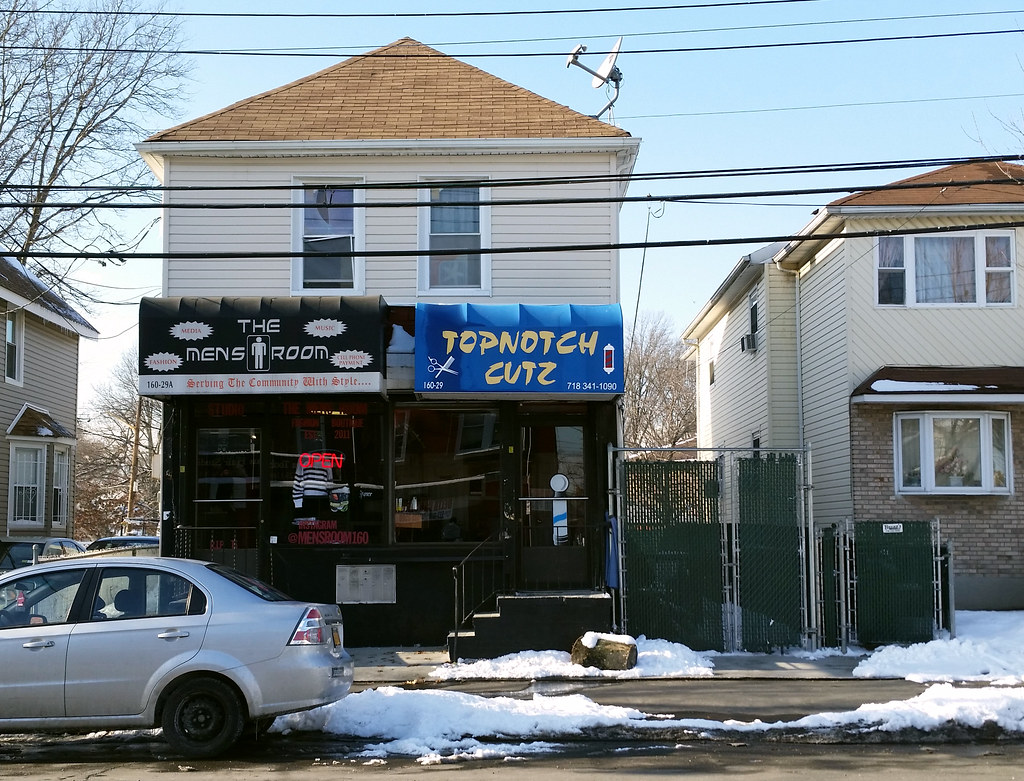 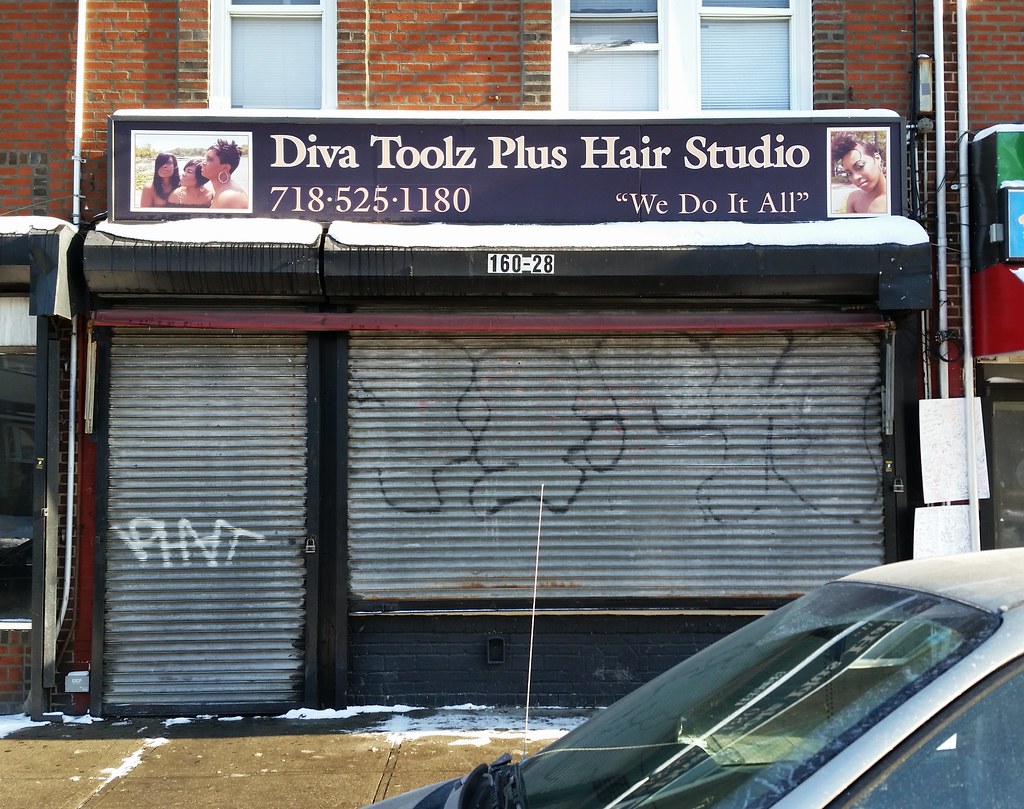 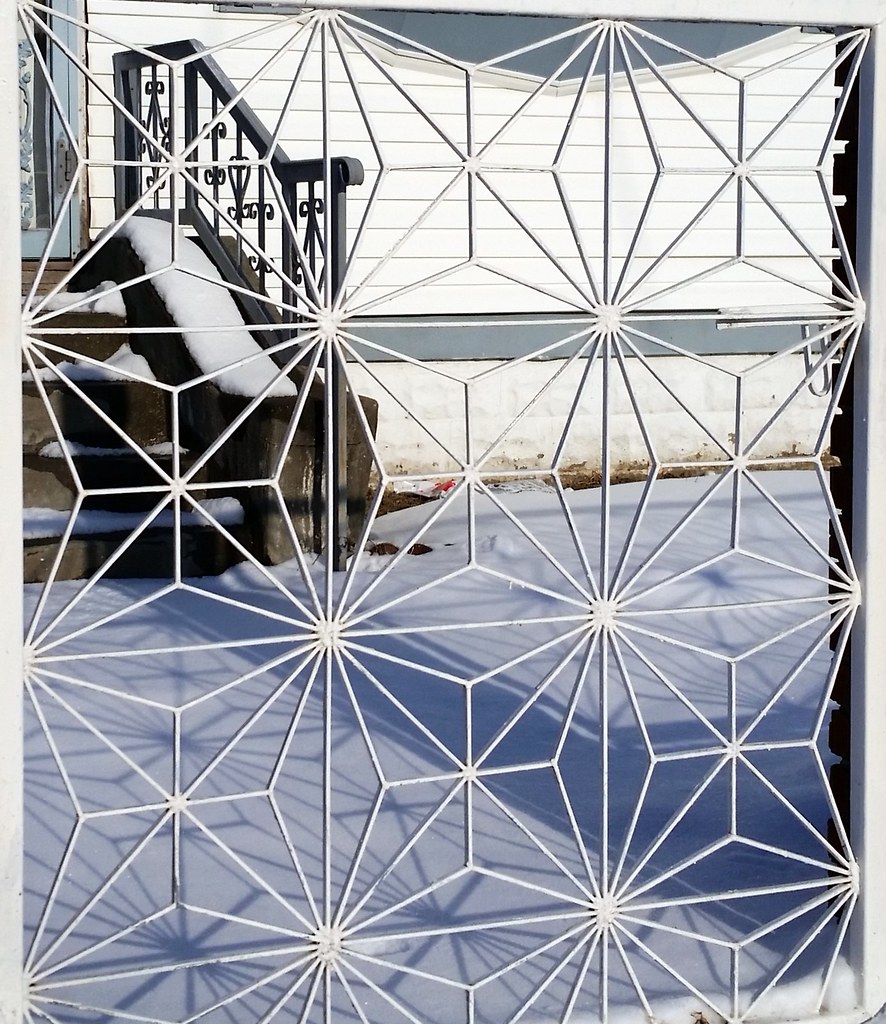 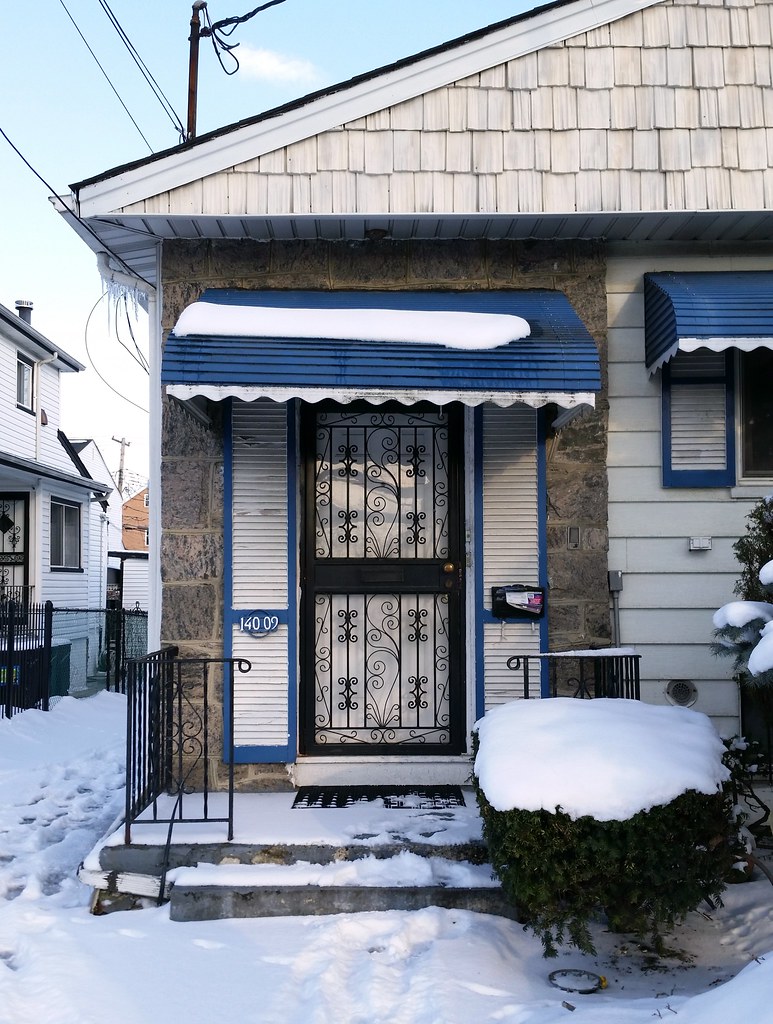 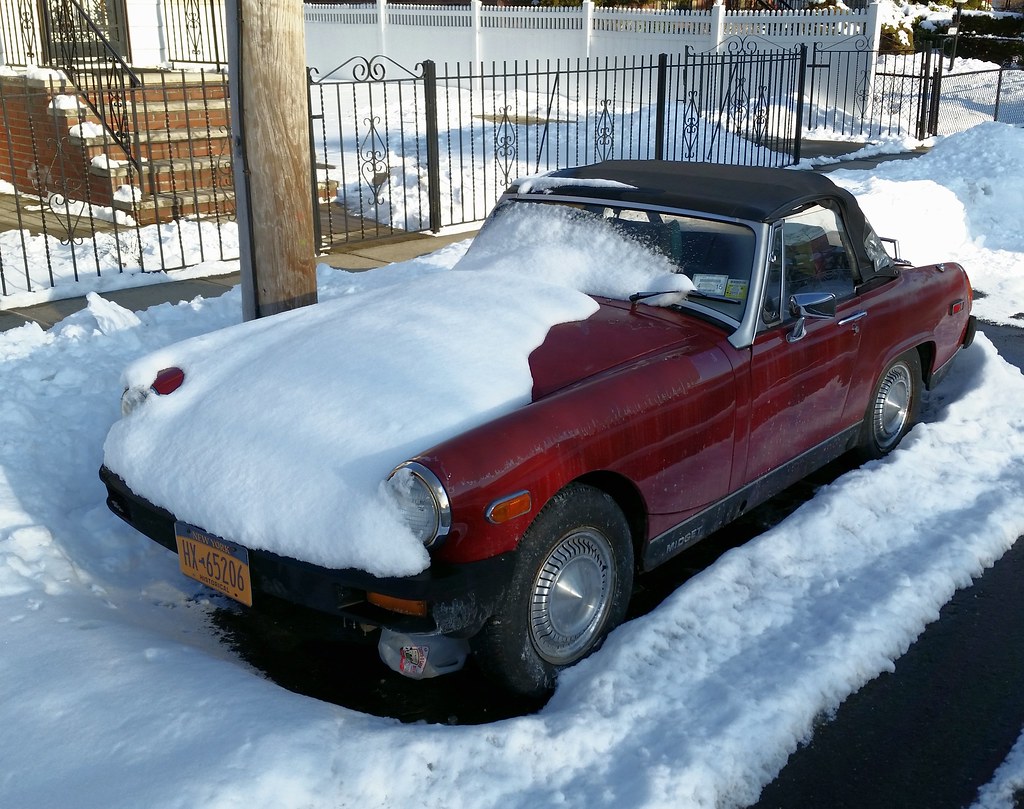 A structure strange and lonesome 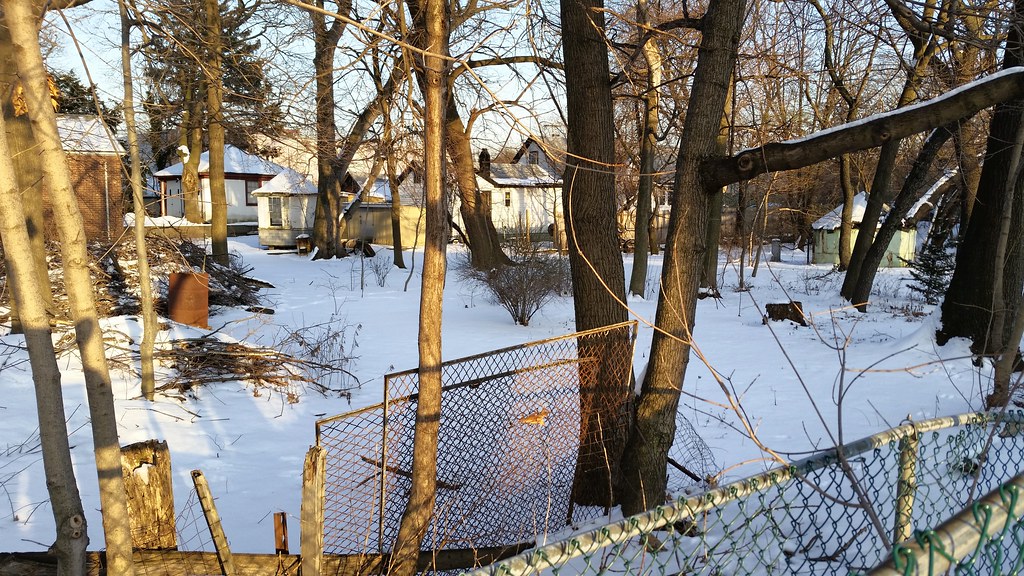 The odd little building at right, a cylinder with a rotting conical roof (closer look), stands alone on a half-acre of vacant, treed land in the midst of an otherwise pretty heavily developed neighborhood (aerial view). According to city records, the largest three of the four lots that constitute the vacant land have been owned for more than three decades by the same people — Beverly Dietrich and Andrew Lundy — who own the brick house at far left and the funky hexagonal shack (closer look) that stands behind it. (They own the house next door to that one as well. Compare the yards of those two houses to those of their neighbors.) It all makes for a somewhat perplexing sight, accented by a garbage bin stationed on the sidewalk outside the vacant lots, filled with what appears to be mostly household trash, accompanied by a sign that reads:

NYC SANITATION DEPARTMENT
DOES NOT PICK UP HERE

THE PROPERTY OWNER MUST
DISPOSE OF YOUR GARBAGE

THANK YOU FOR YOUR COOPERATION

Reflections in the snowmelt 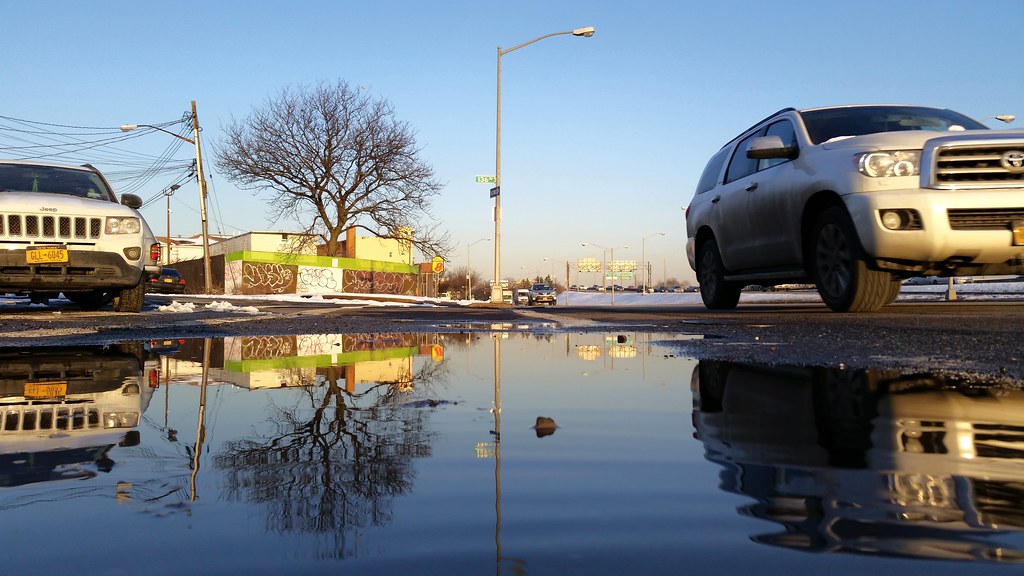 The road at right, on which the Toyota SUV is traveling, is Conduit Avenue, named for the conduits that used to carry Brooklyn's drinking water westward to the Ridgewood Reservoir along the route that the road now follows.

The original plan for Brooklyn's water supply system called for the eastern portion of the aqueduct connecting the various water sources to be an open canal rather than an enclosed conduit. It would have initially been cheaper to go with a canal, but those savings would have been outweighed by a number of problems — dead animals tossed into the canal by disgruntled countryfolk, for instance — as pointed out by an 1858 letter to the editor of the NY Times, partially reproduced here:

With such an exposed surface, so wide-mouthed a ditch, continuing so long a distance, the water will be subjected to quantities of filth, partly intentional, partly unintentional. The country people along the line are, from one cause and another, bitterly opposed to the canal, part of the Water Works project, and as it passes through such a frequented part of the island, the thought of what would be cast into it, (dead animals, for instance,) arouses anything but pleasant feelings. Trouble would arise also from quantities of drift sand, leaves, &c.; and, in Winter, (the grade being two-tenths of a foot only to the mile,) the water would freeze, or half-freeze, and the flow would be, at times, altogether impeded. . . .

On all sides, too, it is conceded, that if the canal is adhered to, it will unquestionably have to be changed to a masonry conduit within a short time. That odor of dead cats and decaying dogs will stick to the whole work, and cast ridicule upon it until the change is made.