and a meditative pigeon 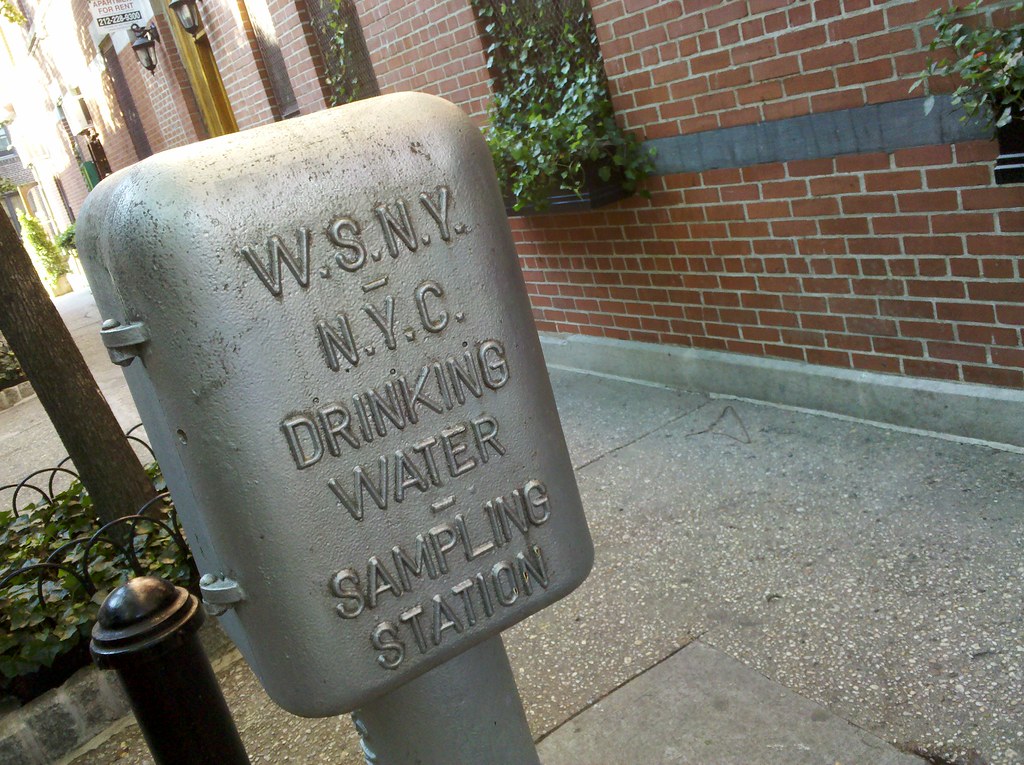 These boxes were installed in the mid 1990s to allow for more effective testing of the city's water supply.

In William Gibson's Pattern Recognition, the protagonist envisions a fanciful use for "the mysterious Water Testing Station on her block uptown, which a friend had claimed to contain nothing more than a tap and a cup, for the judging of potability — this having been for Cayce a favorite fantasy of alternative employment, to stroll Manhattan like a itinerant sommelier, addressing one's palate with the various tap waters of the city. Not that she would have wanted to, particularly, but simply to believe that someone could do this for a living had been somehow comforting." 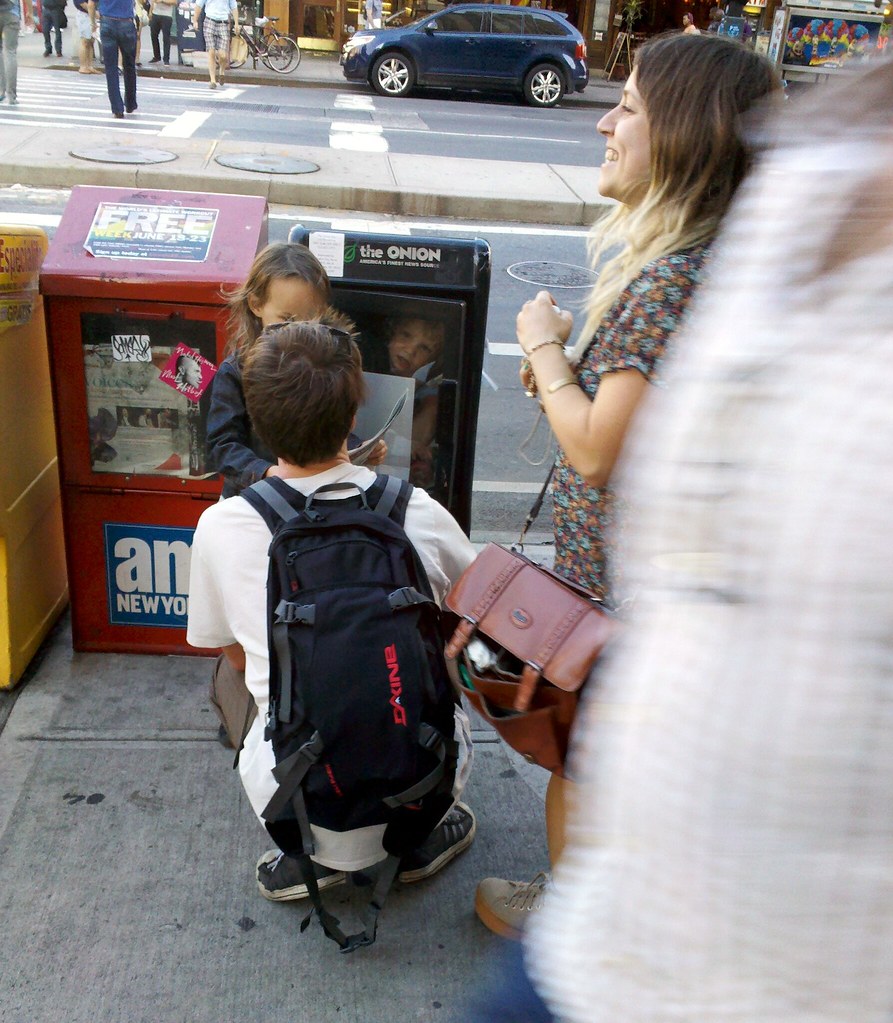 I found this one on the sidewalk. From its retelling of the story of David and Bathsheba: "When the rich man wanted to feed a guest, rather than killing one of his own sheep, he butchered Fluffy." 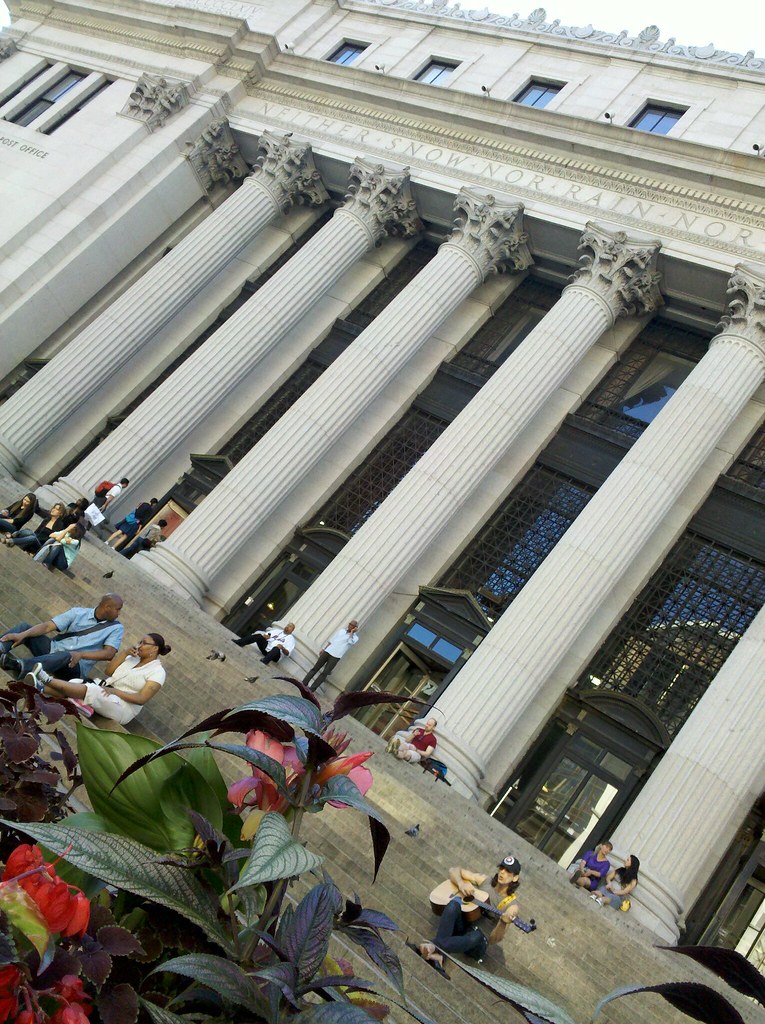 What you may think of as the motto of the US Postal Service — "Neither snow nor rain nor heat nor gloom of night stays these couriers from the swift completion of their appointed rounds" — actually has no official role in the organization; it's just a famous inscription on the frieze of the James A. Farley Post Office.

After more than a decade of talk, work is finally underway on the expansion of neighboring Penn Station into the Farley Post Office, an effort to relieve overcrowding and restore a little dignity to the once-grand transit hub.

Portal of the ‘do 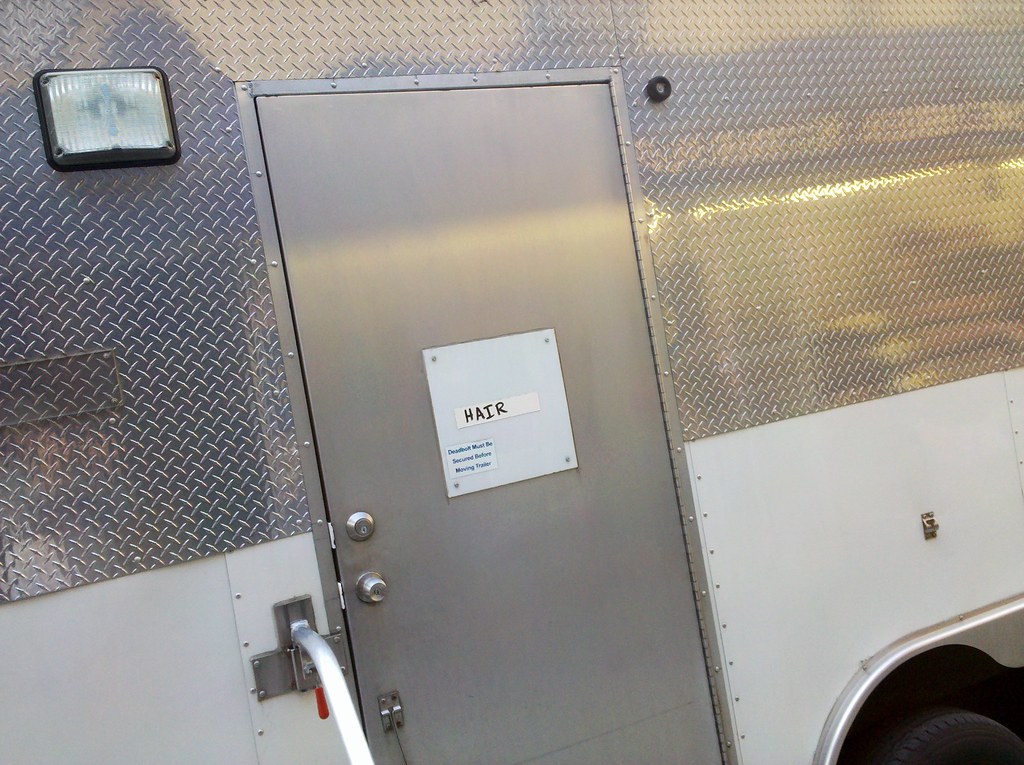