Watch him in action.

Please do not touch, very fragile 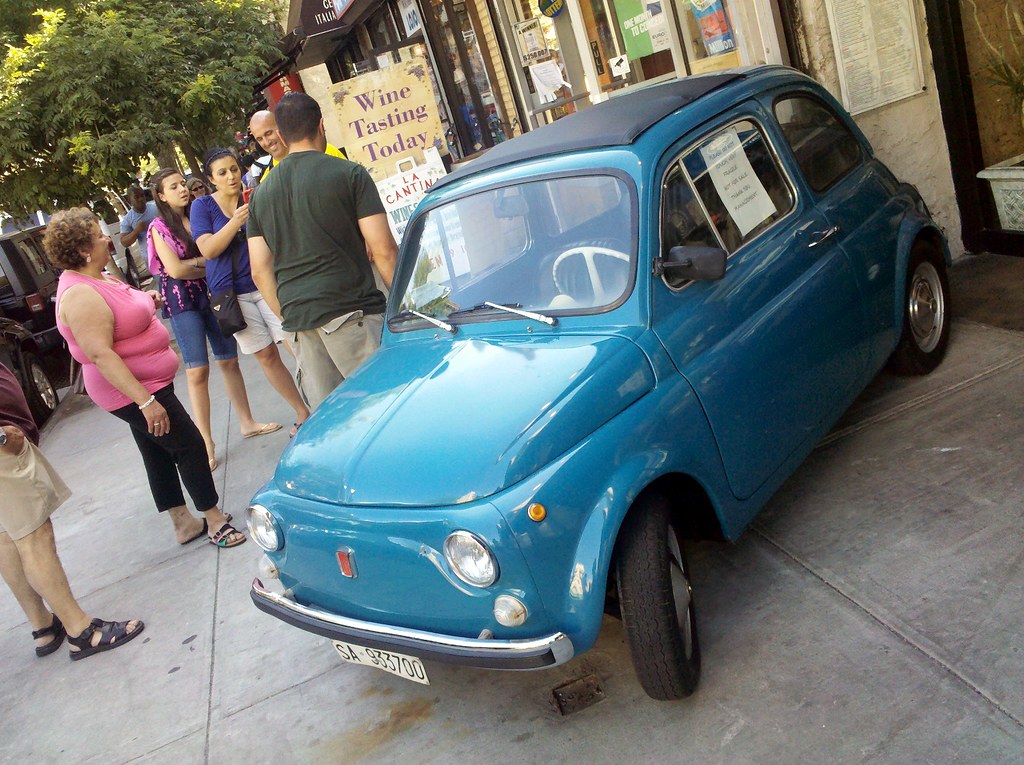 So says the sign in the window of this Fiat 500. If the owner is truly concerned about the car being touched, he might want to reconsider his parking spot. 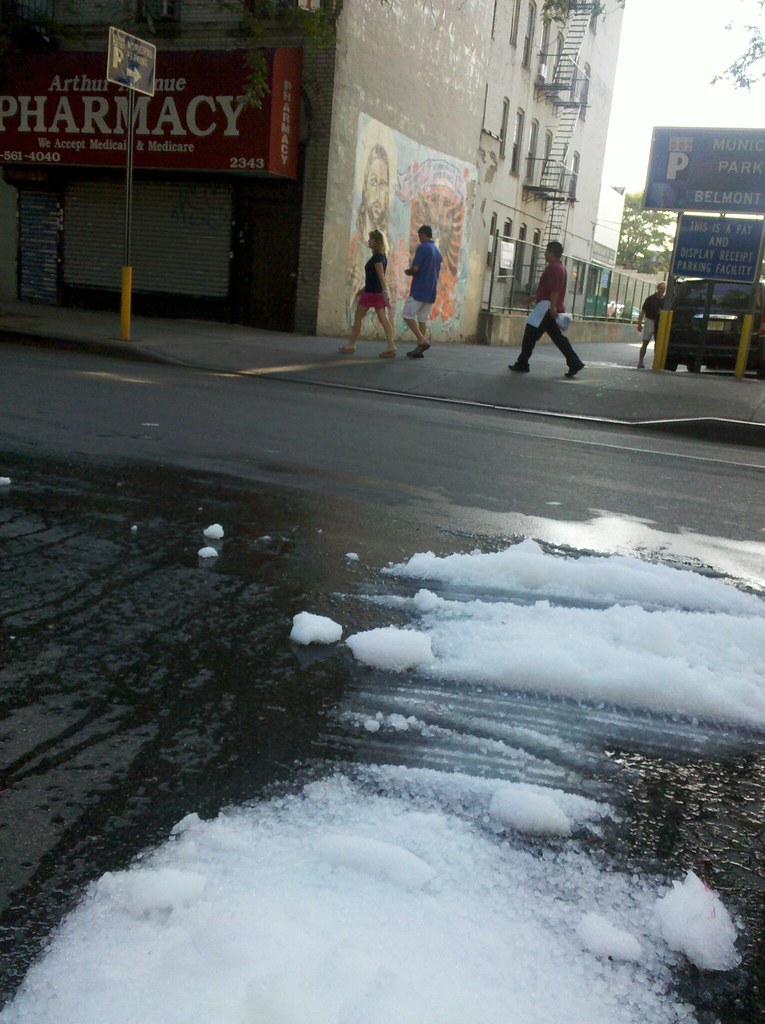 Arthur Avenue is best known for its Italian restaurants and stores, but there's also a sizable Albanian presence in the neighborhood, as suggested by the memorial mural across the street. 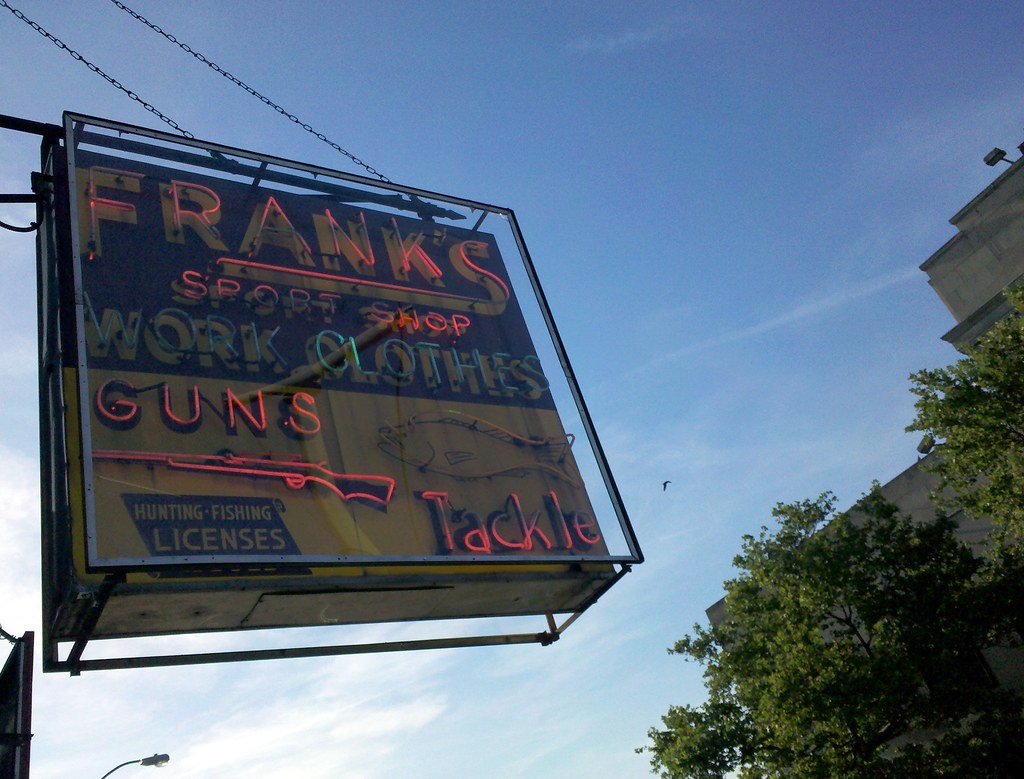 By the way, Frank is now Moe, and Moe thinks he's pretty funny. 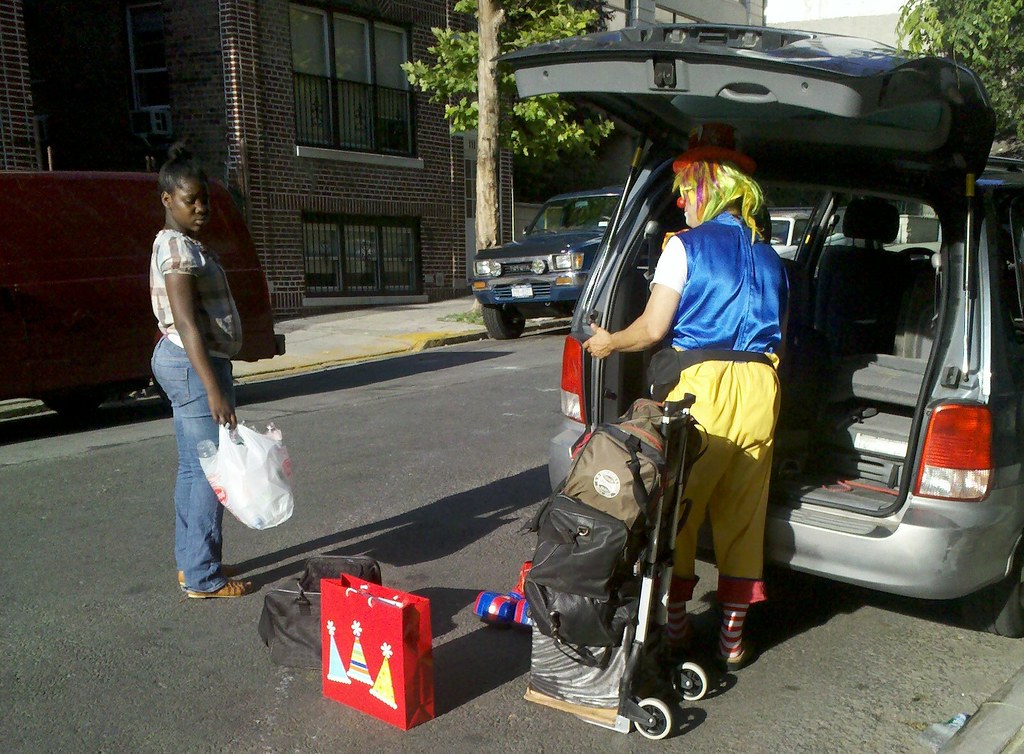 This girl really wanted to buy a balloon for some reason, but the gentleman in the multicolored wig would not oblige; he was too busy preparing for a birthday party. 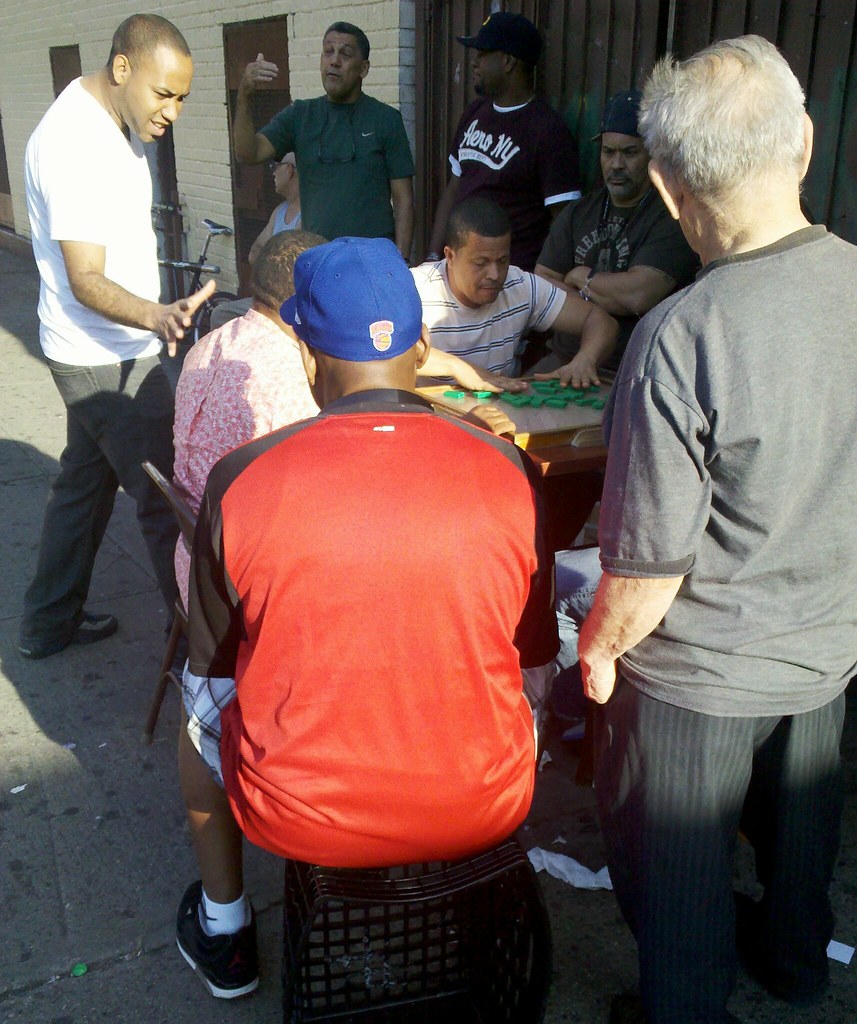 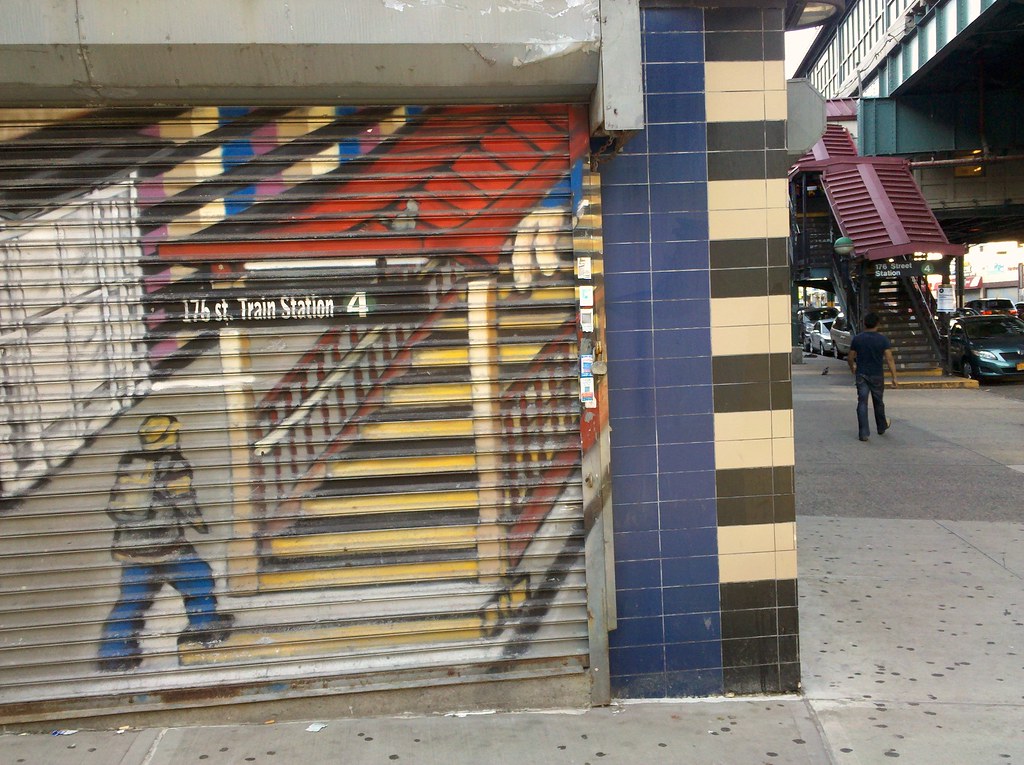 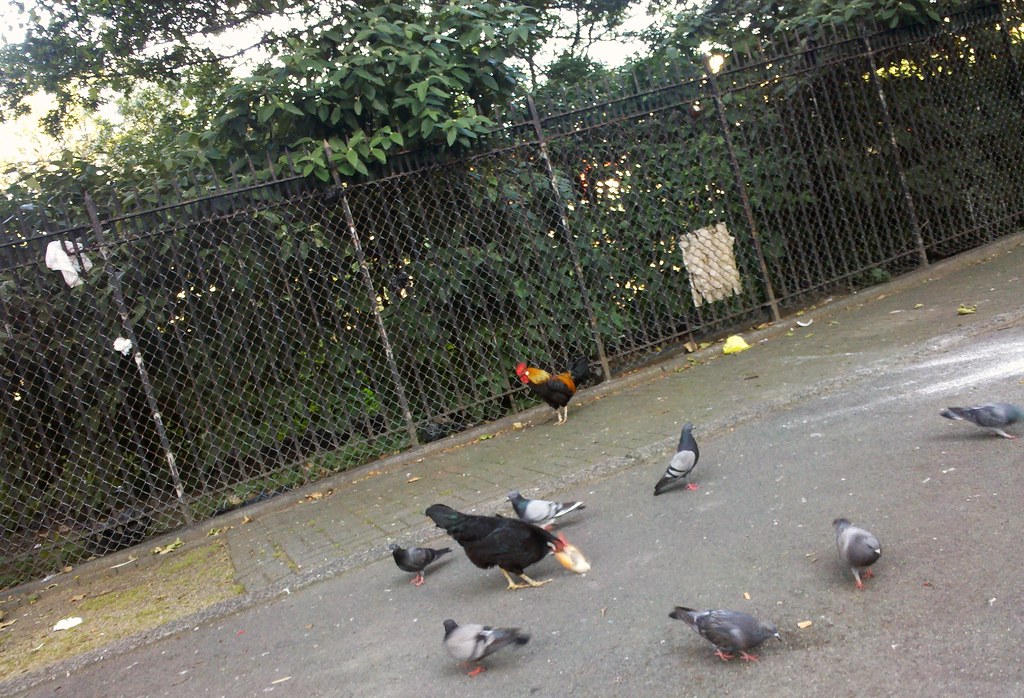 These two cluckers, along with several youngsters and, I believe, another hen or two, seem to be residing just on the other side of that fence, in the small wooded area surrounding Featherbenches.

Keeping an eye on the homestead 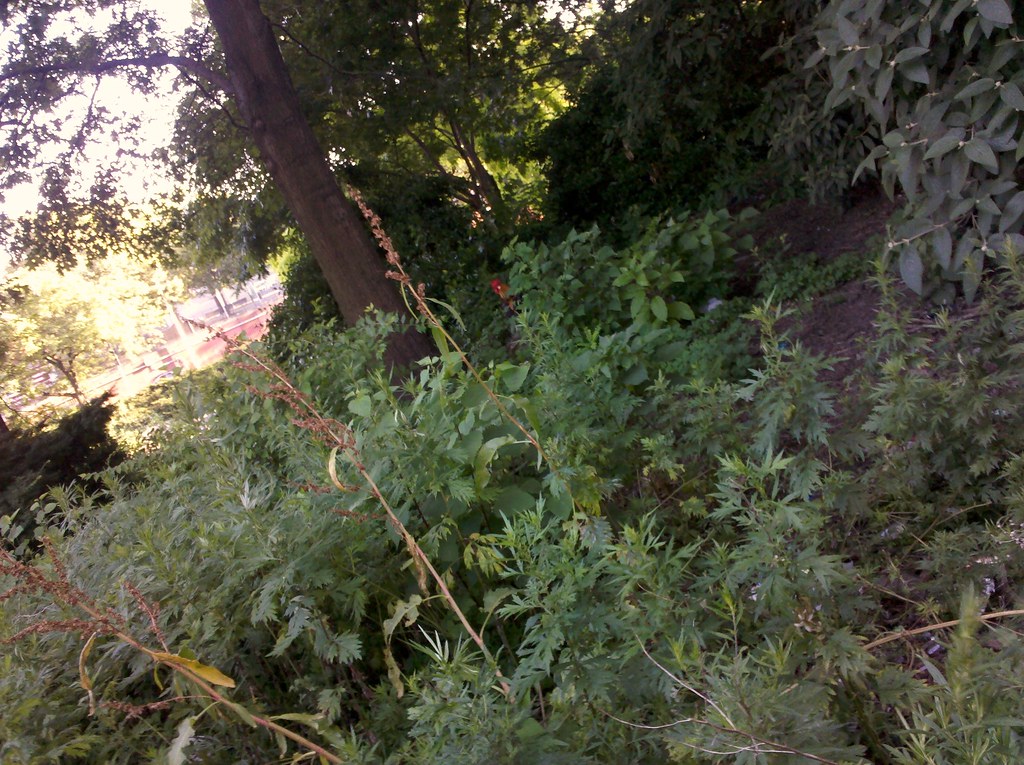 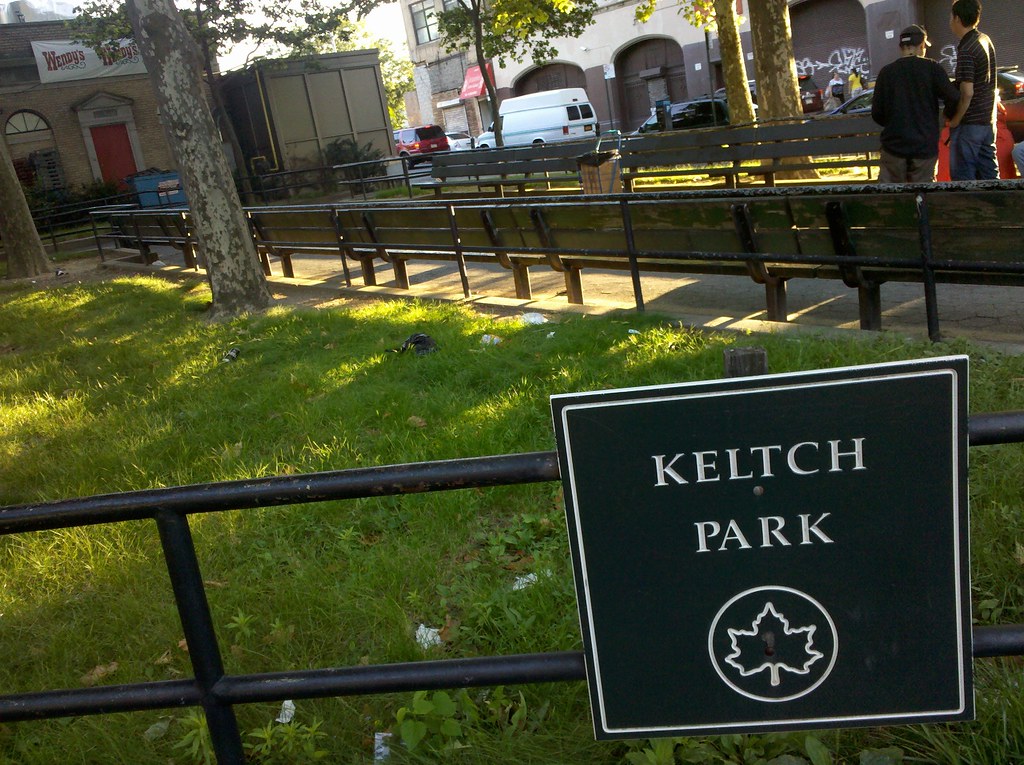 The Wendy's at left occupies the park's former restroom building. 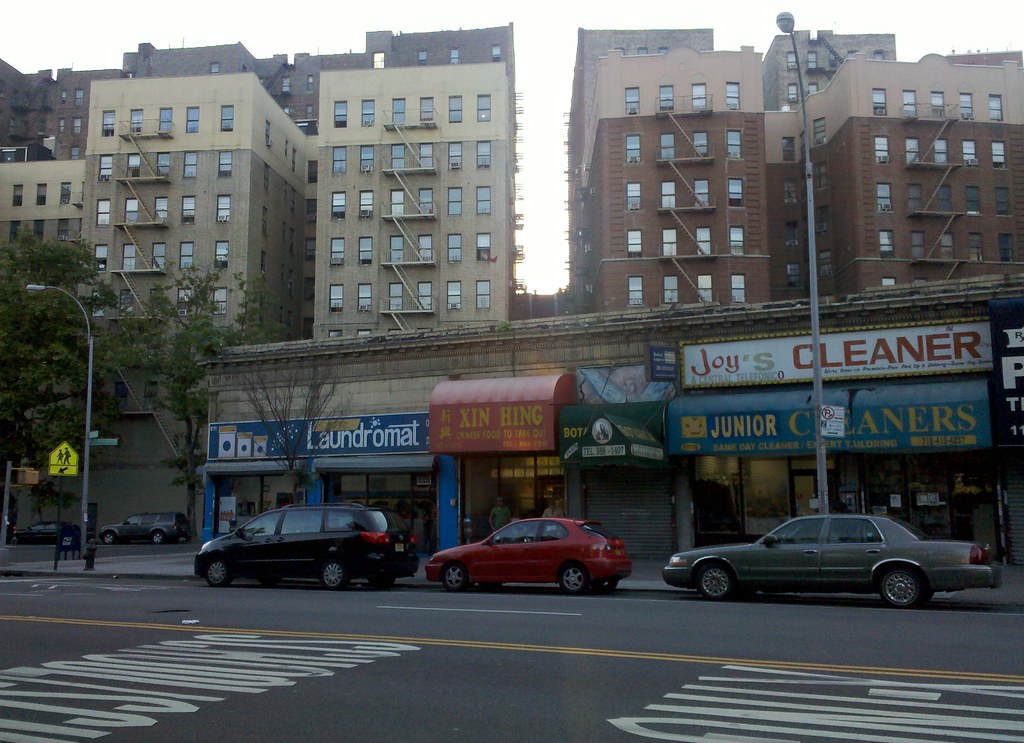 Like the other east-west thoroughfares that cut through this part of the Bronx, West 167th Street becomes a step street when it reaches the steep western slope of Highbridge; you can see the top of the eight-story-high staircase (running down toward us) in the illuminated gap between apartment buildings in the middle of the photo. And if you look closely, you can just make out the silhouette of someone about to descend.

Popular day to be born 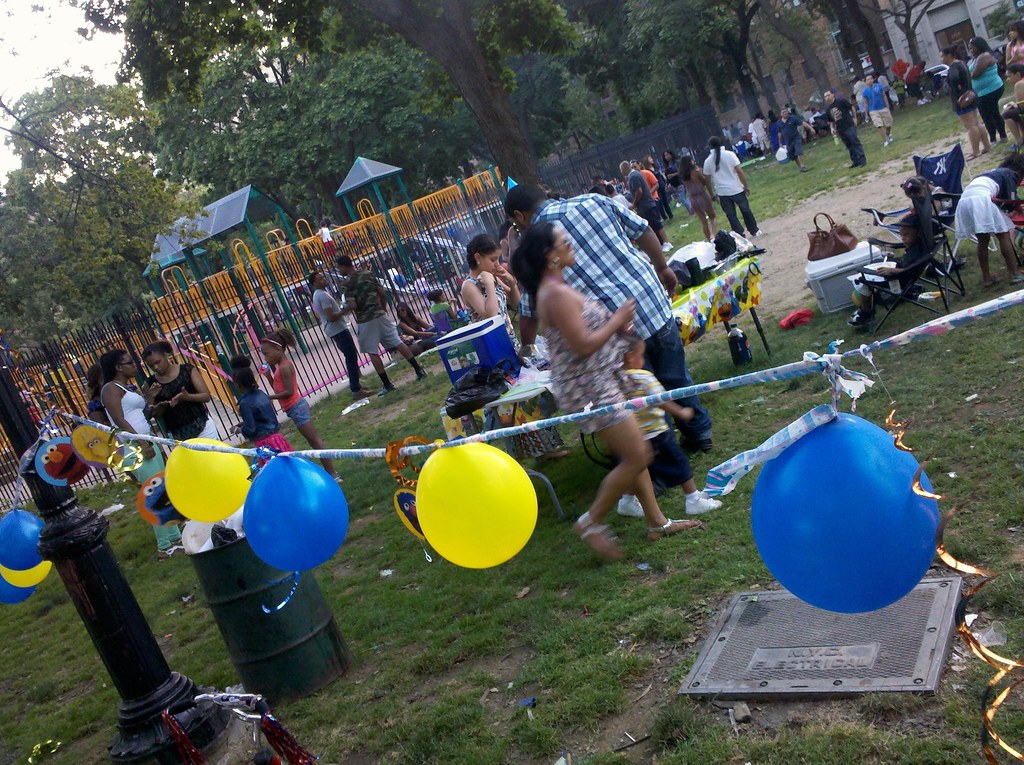 Mullaly Park, named for the father of the Bronx parks system, was jam-packed with birthday parties today.

Vestige of the Ninth Avenue El 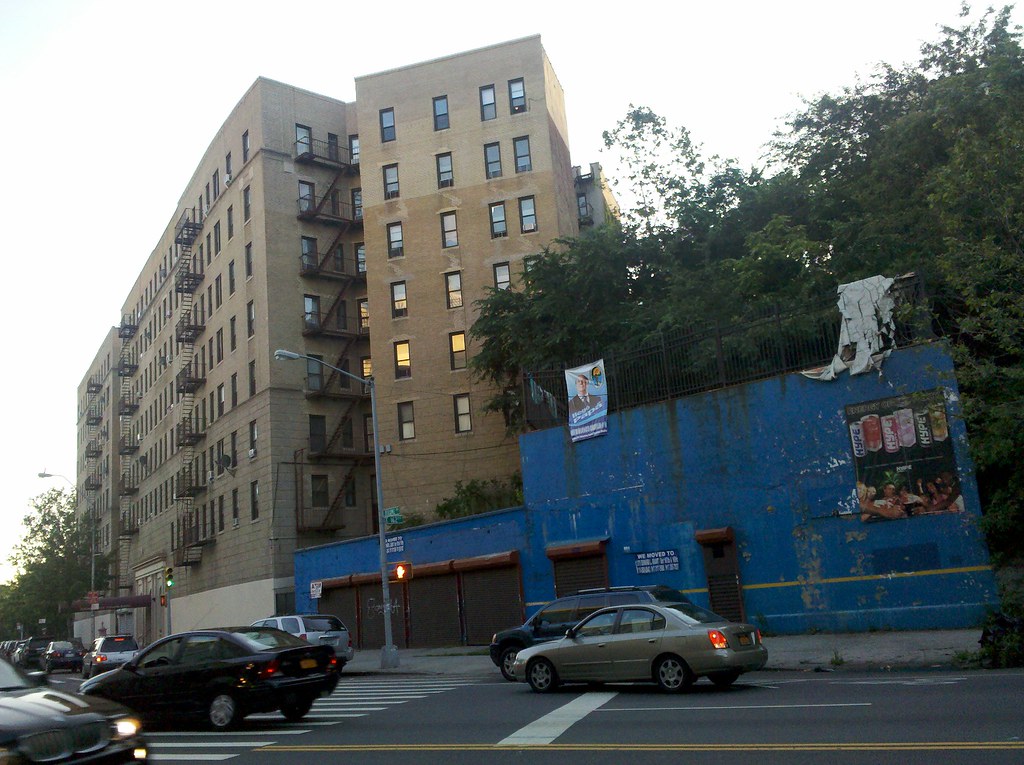 The first elevated railway in New York City was the Ninth Avenue El, which began operation in 1868 as the West Side and Yonkers Patent Railway, perhaps the earliest commercial cable car system. Steam locomotives replaced the cable cars after a couple of years, and the line was extended over the next few decades, eventually stretching from the southern tip of Manhattan all the way into the Bronx.

The line was largely shut down and dismantled in 1940, but a shuttle train continued to serve the short section that ran between the Polo Grounds in Manhattan and Yankee Stadium in the Bronx until 1958, the year after the Giants' final season in New York. Atop this blue concrete structure once stood the shuttle's Jerome-Anderson Avenues station (remnants of which are still visible on the other side of that black metal fence), which could be accessed from one of those doors at street level.