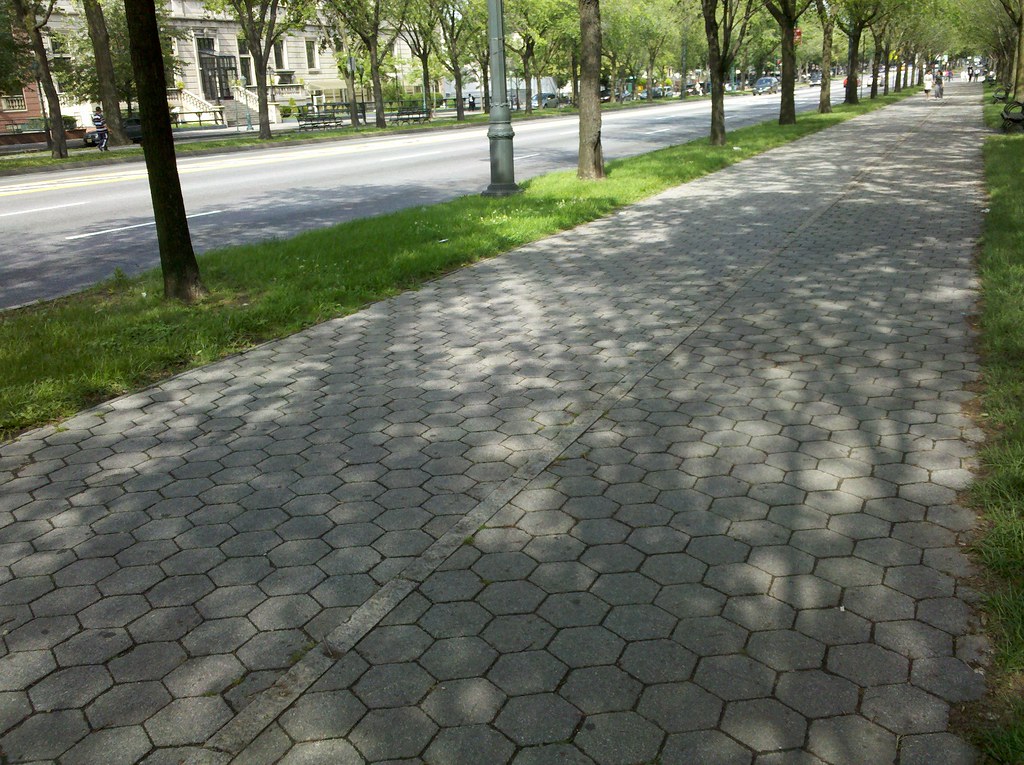 on the world's first parkway This tree, like many of the others lining the parkway, is accompanied by a plaque honoring a Brooklynite killed in WWI. 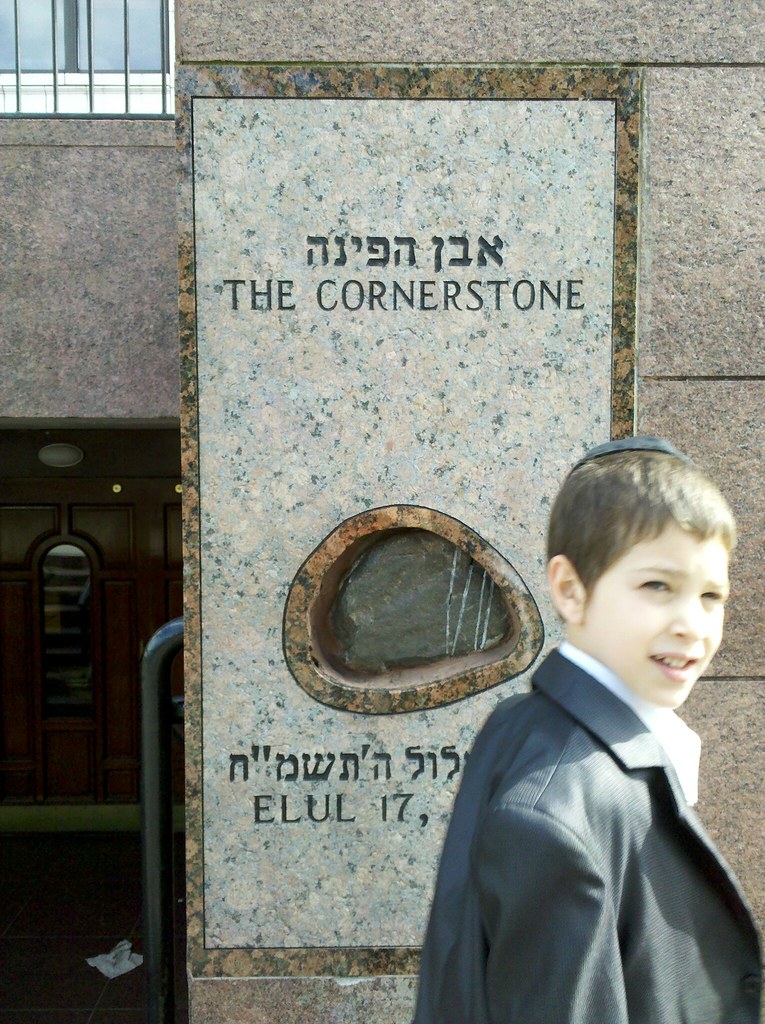 Installed a couple of years ago on the annex next to 770, this simple plaque (stating only the date that the cornerstone was laid) took the place of a controversial one that had, for many years, symbolized a major rift within the Chabad-Lubavitch movement.

After the death of the Rebbe in 1994, there arose within the movement a vocal faction that believed he was not actually dead and would return as the messiah. In 1995, when the leadership of Chabad installed a plaque around this cornerstone memorializing the Rebbe (implying he had passed away), it was immediately defaced by messianists. The vandalized plaque remained in place until 2004, when another group, under the cover of night, managed to remove it from the wall entirely.

Despite the presence of this rather inoffensive replacement, the feud between the two groups continues. Just last fall, the anti-messianist Chabad establishment, which owns the building, tried to evict the messianist leaders of the congregation, who control what goes on inside the synagogue, continuing a rather surreal spectacle that has been playing out for years now: a secular American court arbitrating a contentious religious dispute over whether or not a seemingly deceased man is actually the messiah.

The loss of idealism The best kind of blessed 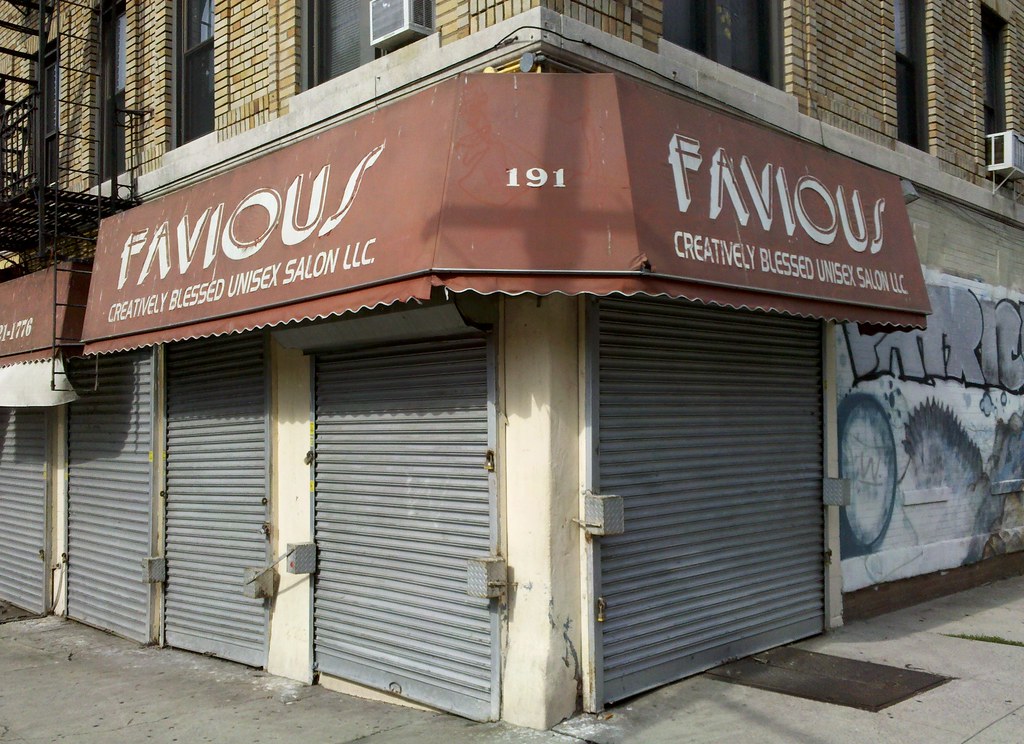 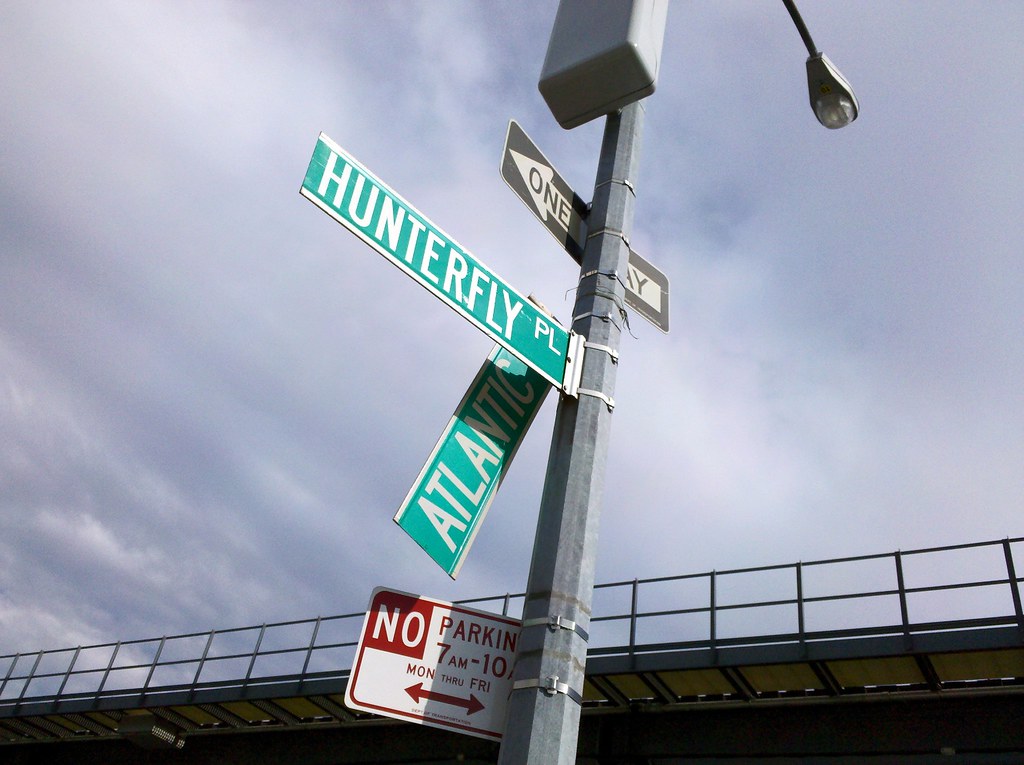 Jutting out from Atlantic Avenue, this skewed, block-long stretch of pavement (labeled slightly differently on the western side of the street) is the only remnant of Hunterfly Road that still bears its name, and the last surviving piece of its right-of-way within the historic bounds of Weeksville. 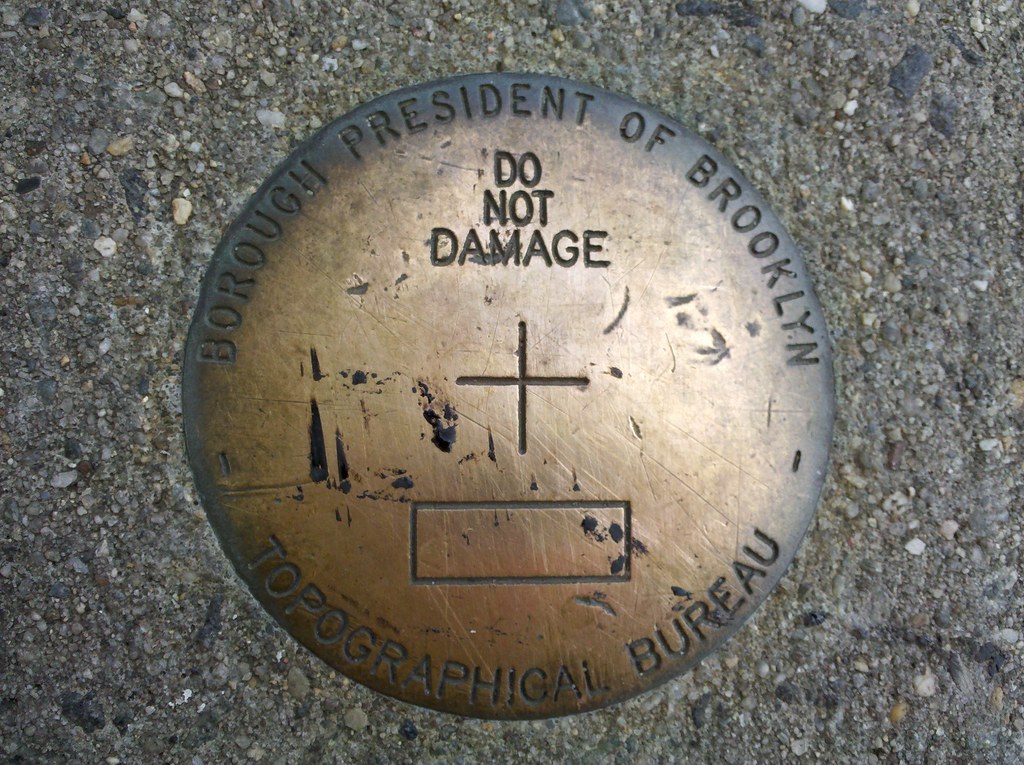 The local version (scroll to the second question) of this guy 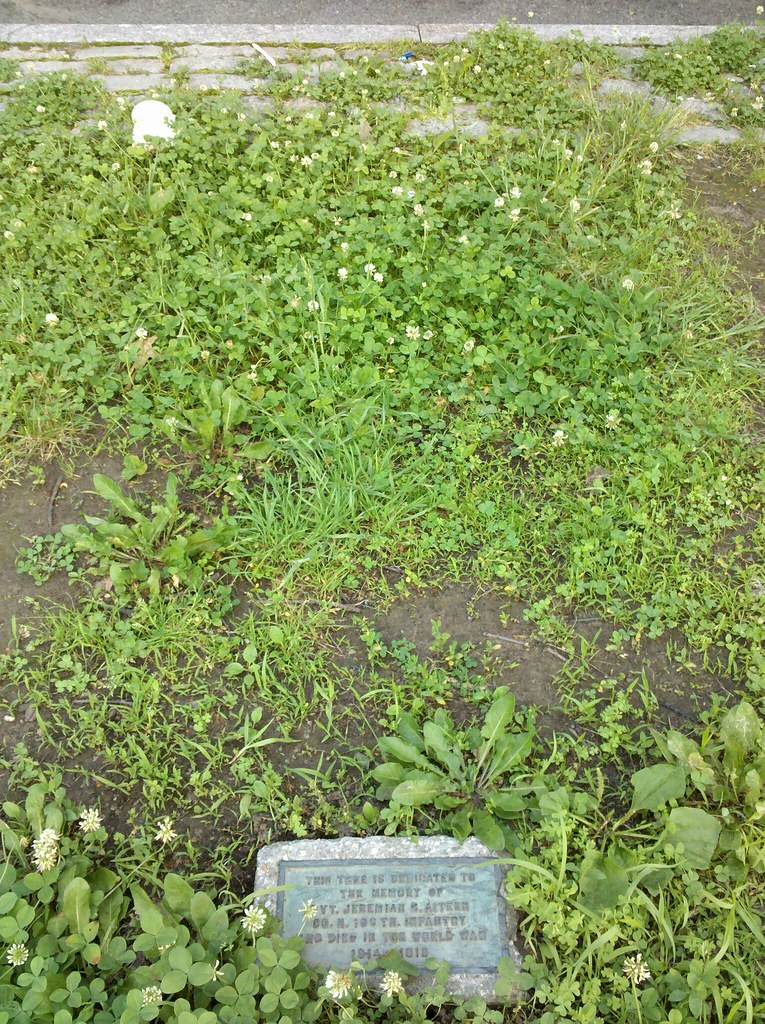 The plaque now memorializes a soldier and a tree!

Portal of the day! 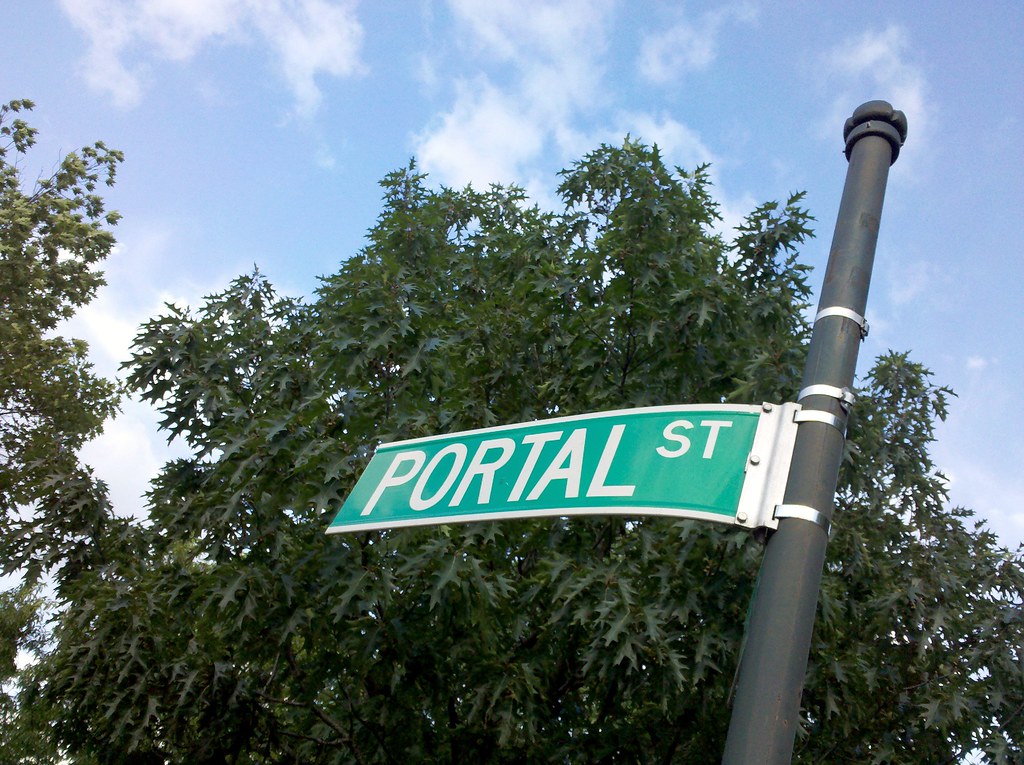 This short street runs alongside the New Lots Line at the point where trains emerge into daylight.

Standing atop the aforementioned portal 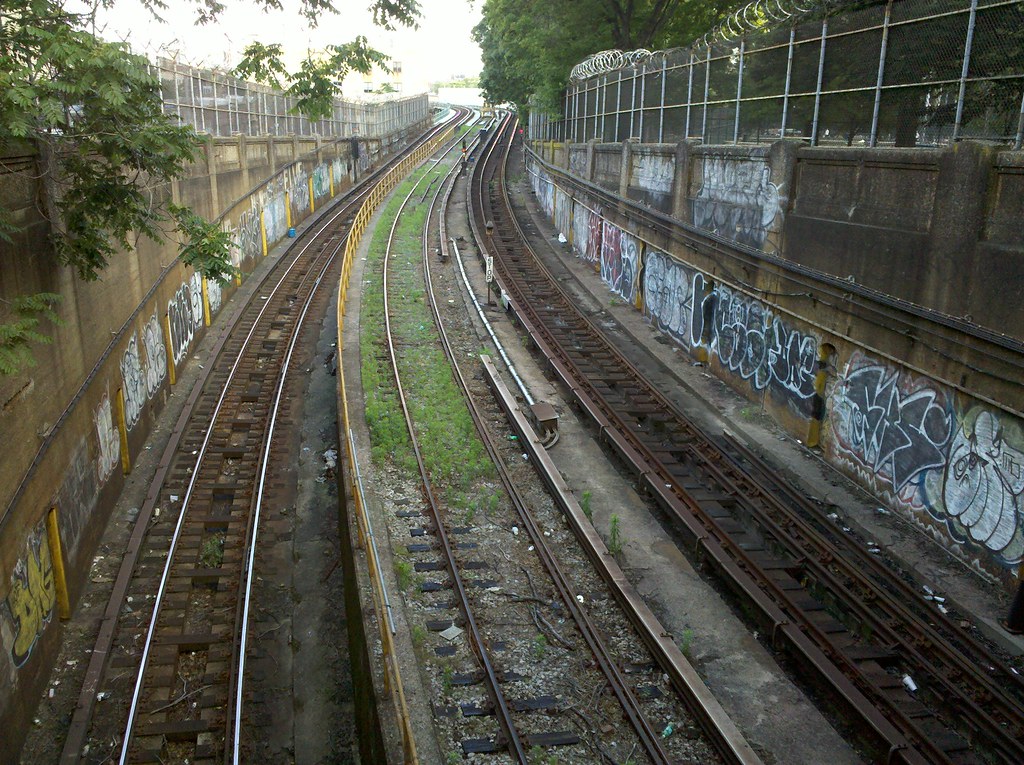 I resent the potshot 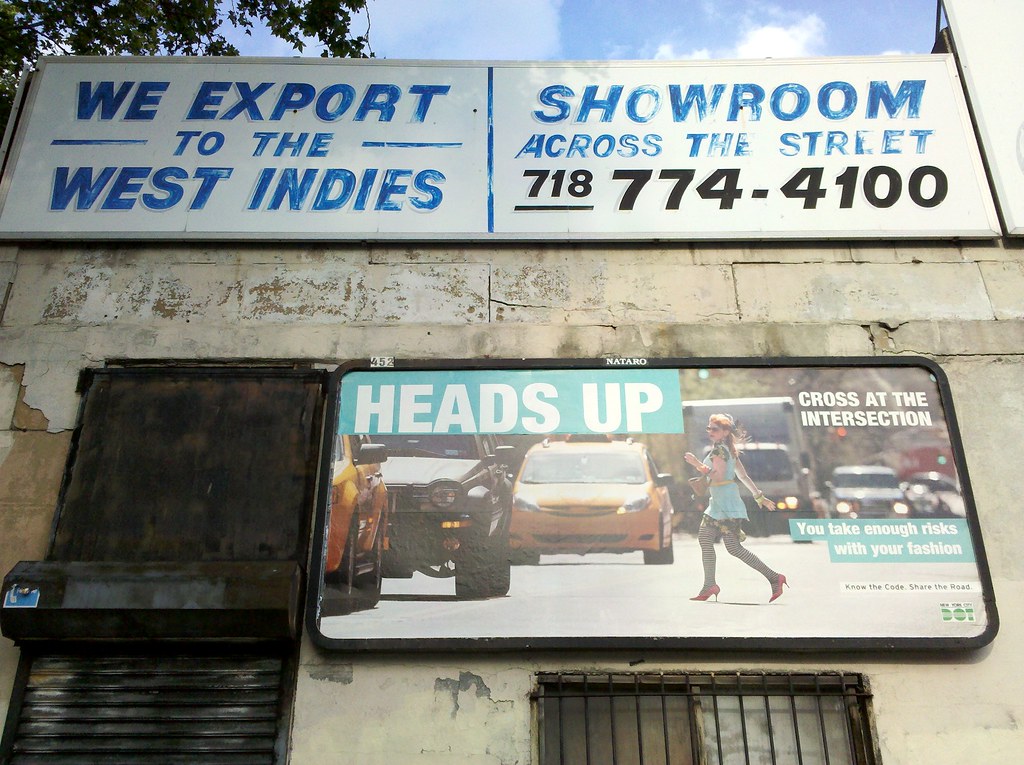 but appreciate the concern. This monument honors the servicemen from Brownsville who died in World War I. The neighborhood was largely Jewish at the time, hence the Star of David carving to the left of the steps. (I believe this is the third time now that I've seen religious imagery in a public park.) 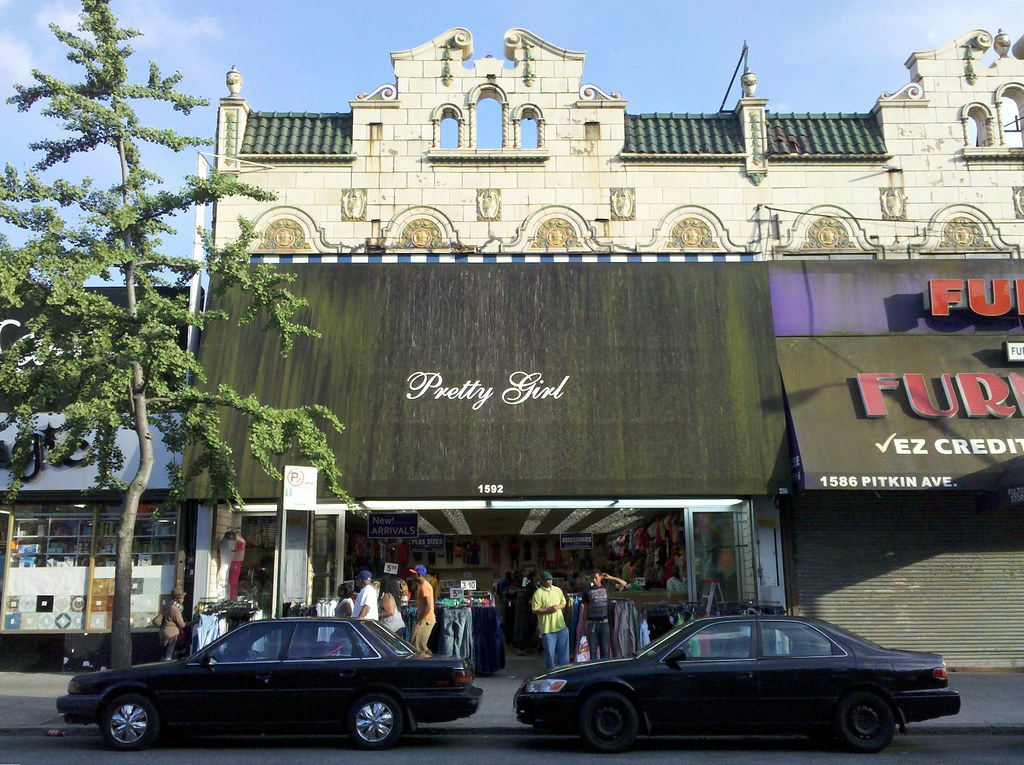 Traces of the past

This Is Public Land 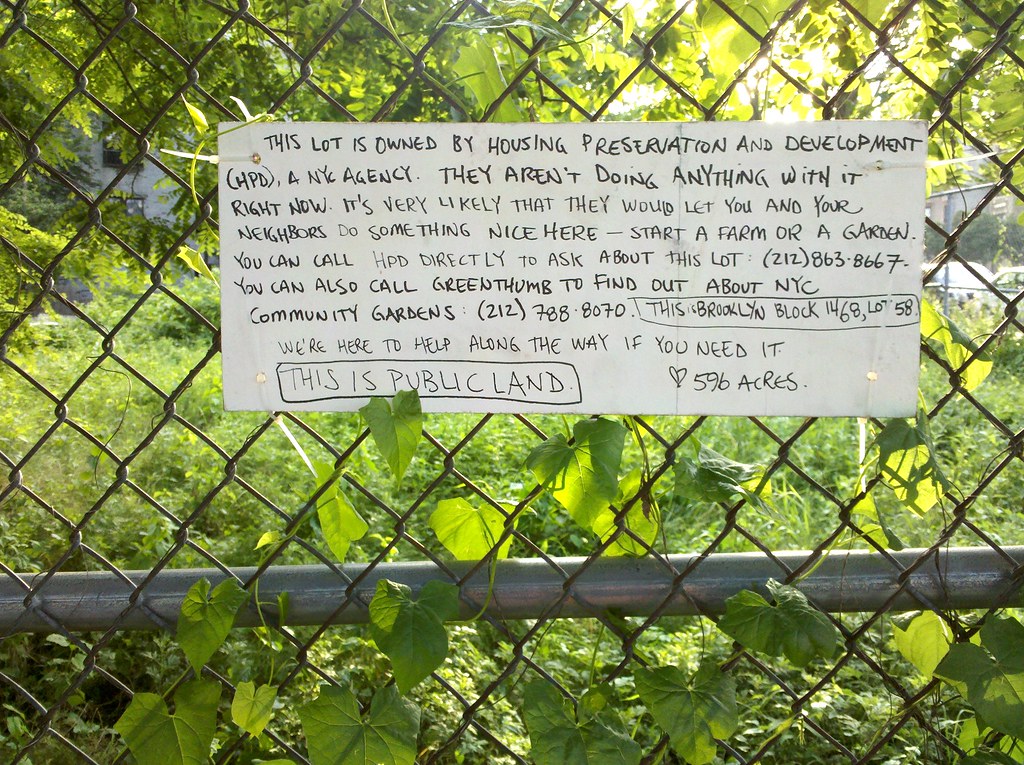 596 Acres is an organization that facilitates the creation of community spaces on vacant city-owned lots. 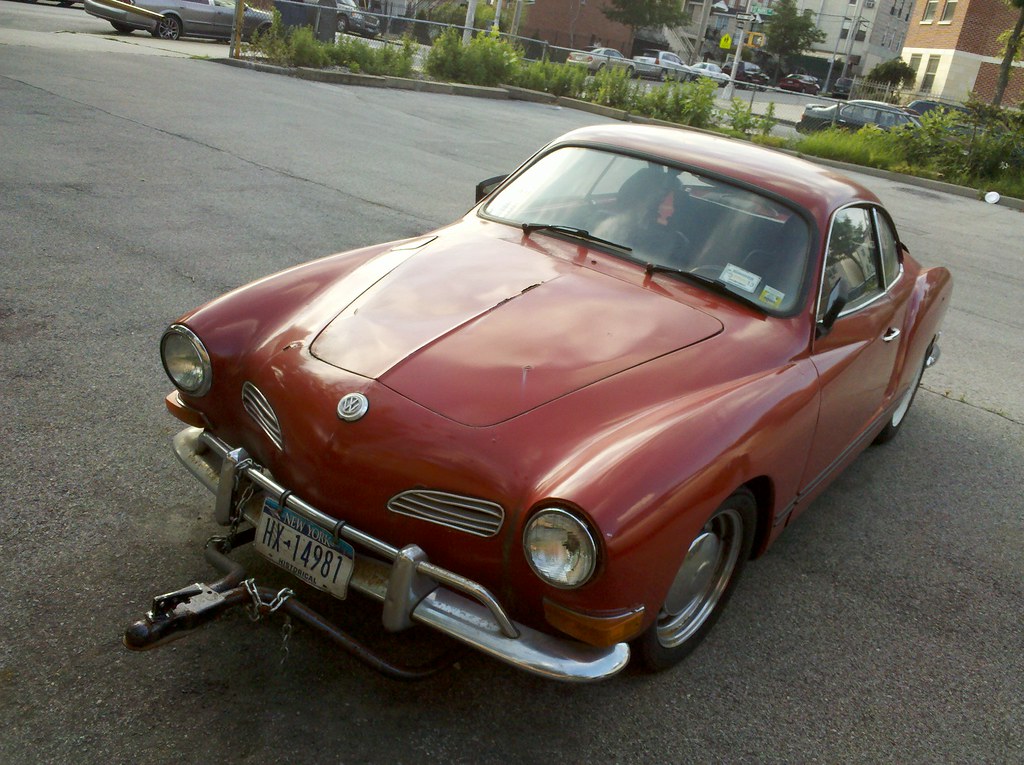 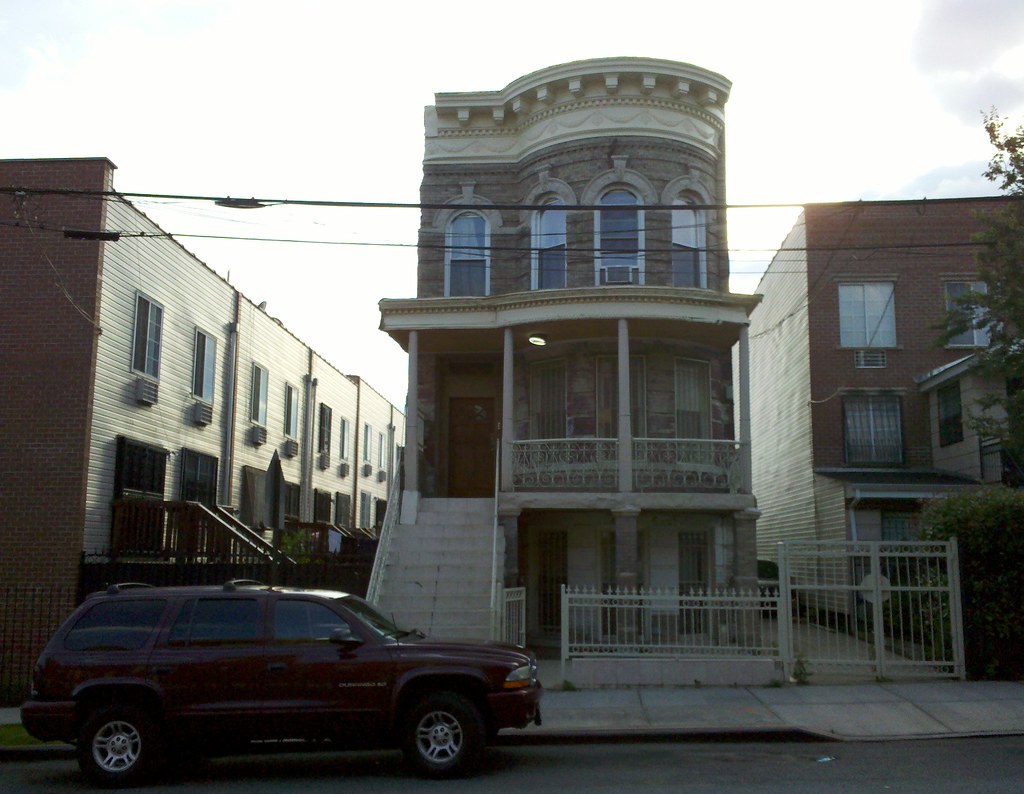 Like 20 other branches of the Brooklyn Public Library, this one was built with a grant from Andrew Carnegie. By the time he died in 1919, Carnegie had funded almost 1700 libraries in the US — nearly half of all the libraries that existed in the country at that time. He also instituted an innovation that has proven influential in shaping the modern library experience: the open stacks, which encourage the public to browse and explore the collection of books on their own. The years have not been kind to this monument honoring area residents who died in World War I, nor to the man who created it. Its two bronze plaques bearing the names of the fallen soldiers were stolen in 1970, and then, in 2000, a couple of thieves made off with the half-ton statue that stood at the center of the memorial. Police later found parts of the statue, which had been cut into hundreds of pieces, in two different Brooklyn scrap yards. 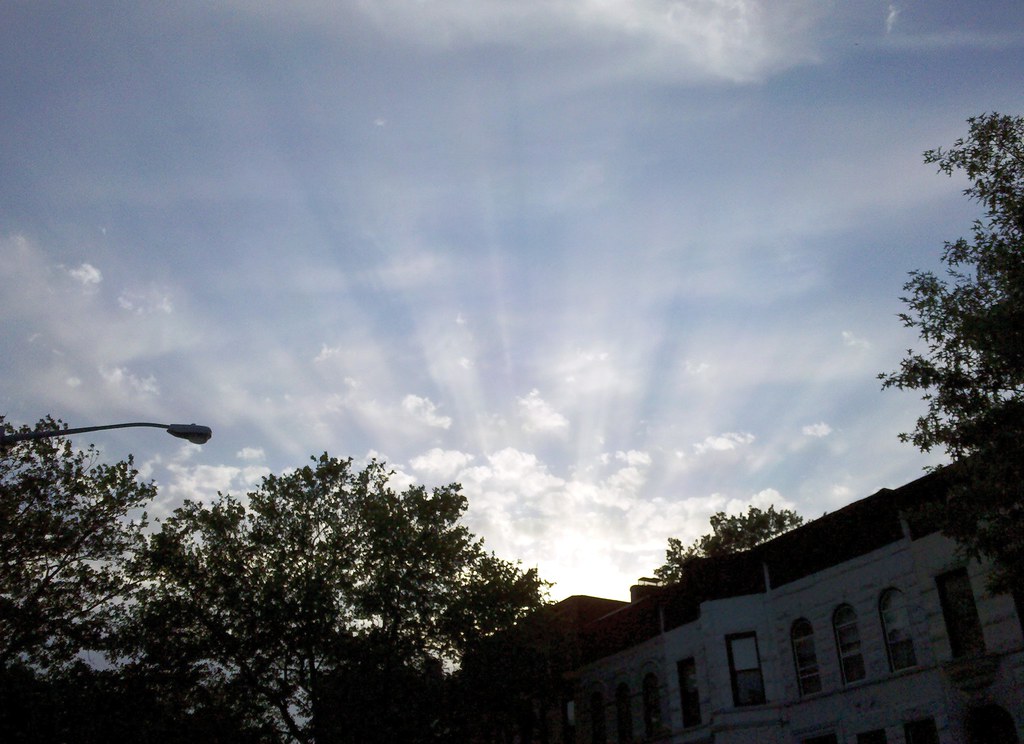 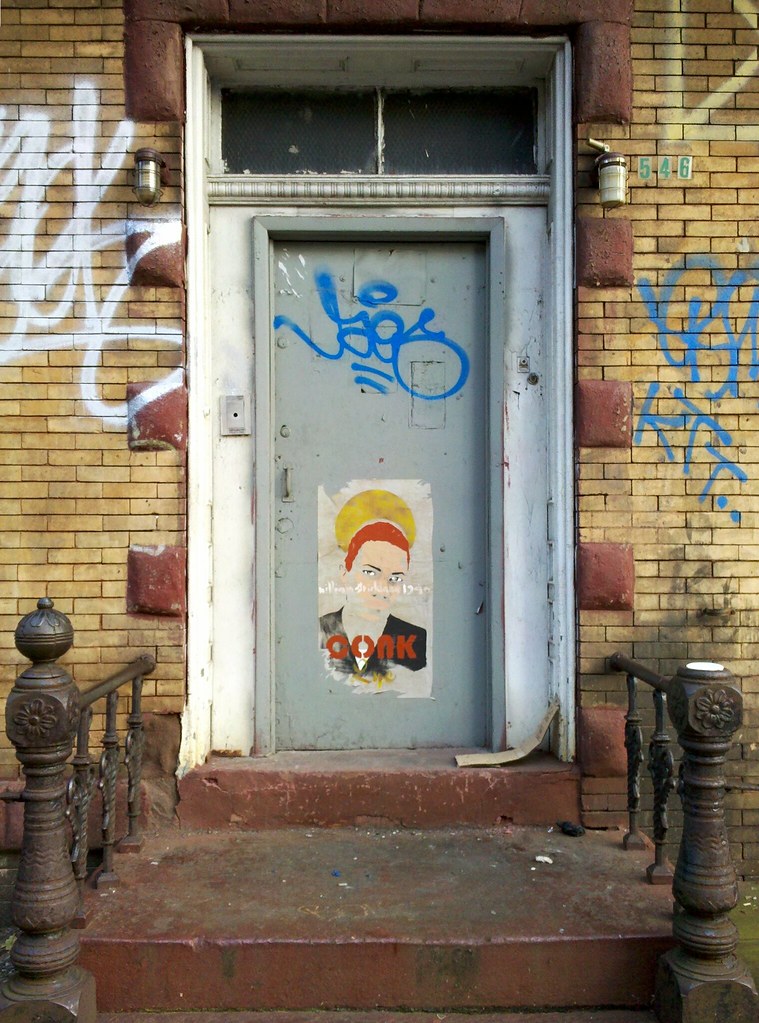 Church of the Antichrist? 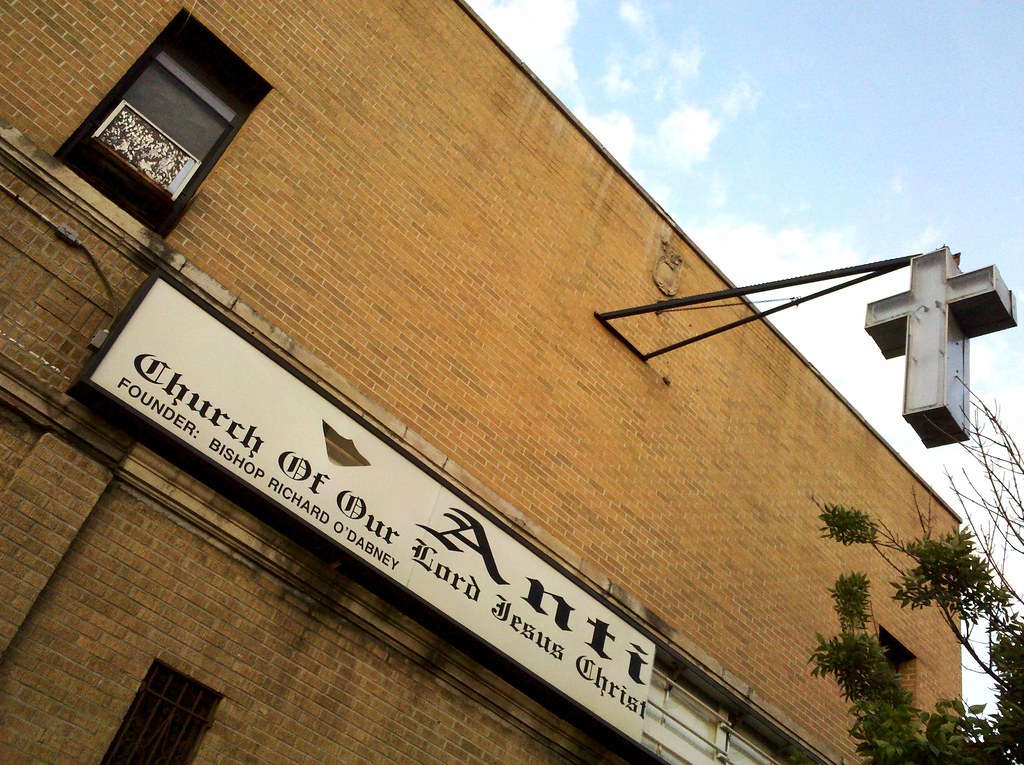