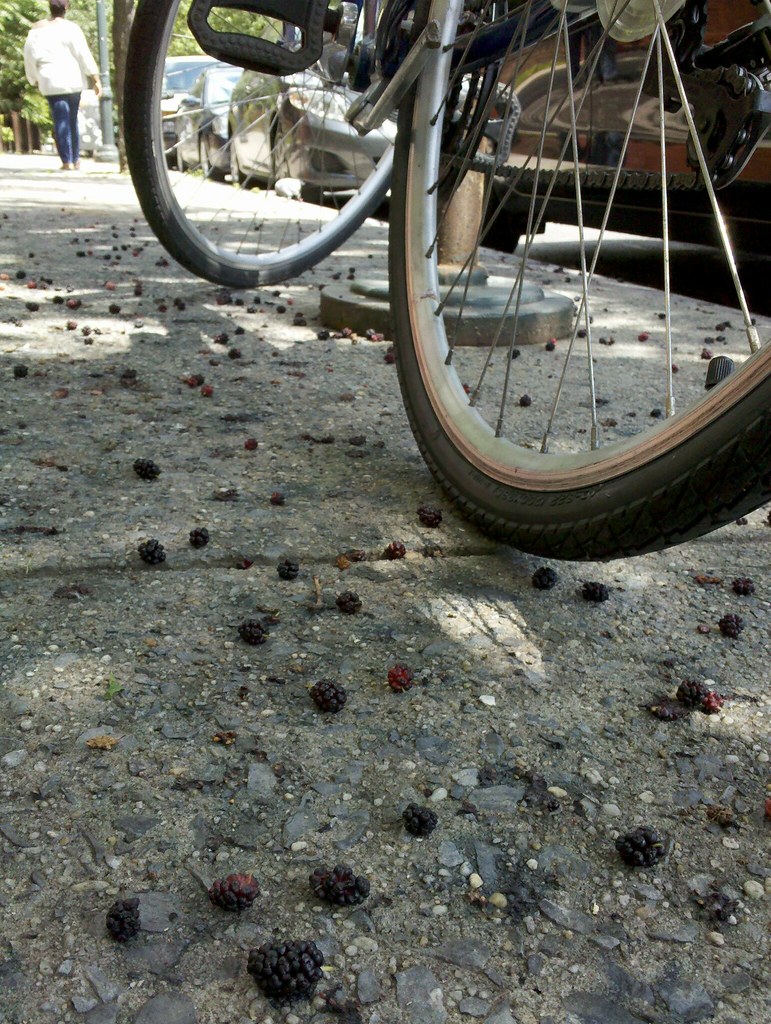 And at least one pigeon is very happy about it (in the background, near a car tire).

And it’s fountain season, too! 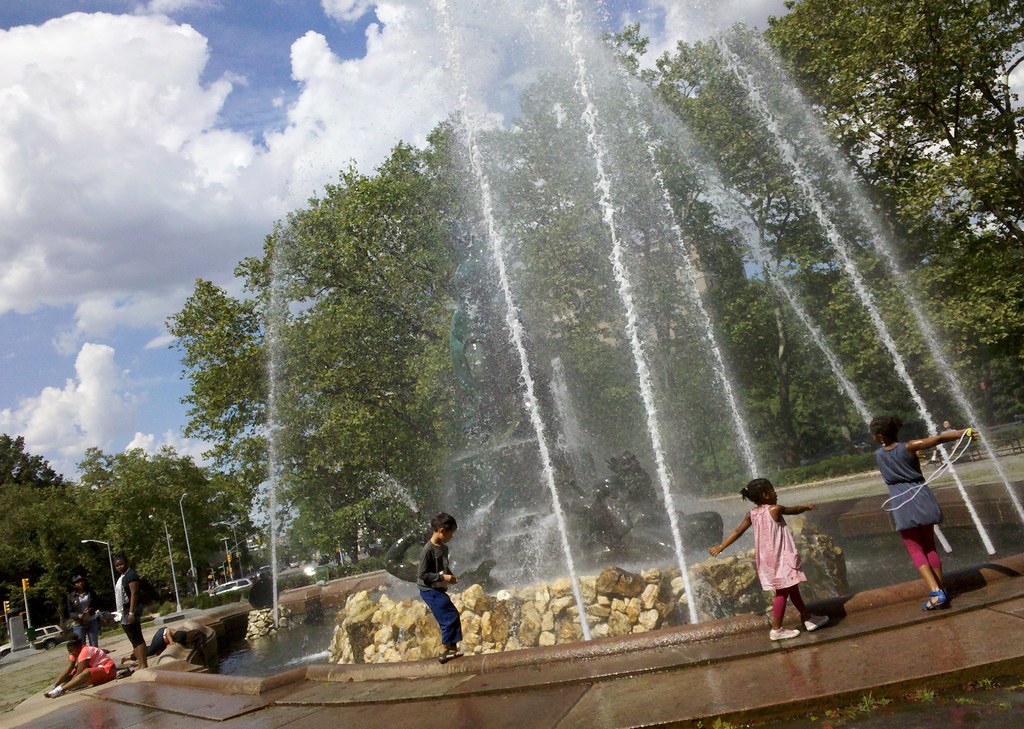 Although these guys weren't exactly dry to begin with. 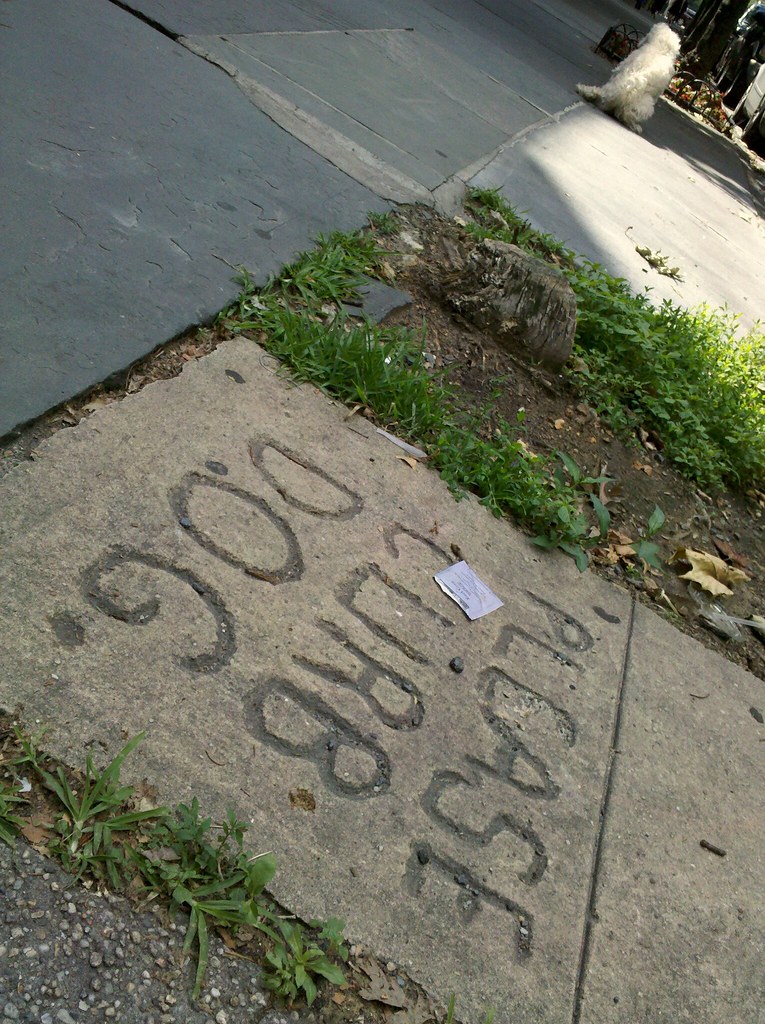 This sculpture sits outside FDNY Squad Company 1, which lost about a dozen members on 9/11. According to one of the firemen there:

This chainsaw sculpture was made by an artist in Oregon, who drove it to NYC in his truck. The city refused to take it, however, because they didn't want to be liable for people running into it and getting hurt. It eventually found its way here to Park Slope, and the Food Coop agreed to keep it on their property next door to the firehouse. The bottom of it is pretty badly rotted — it was only placed up on those blocks after a considerable amount of water damage had already occurred. 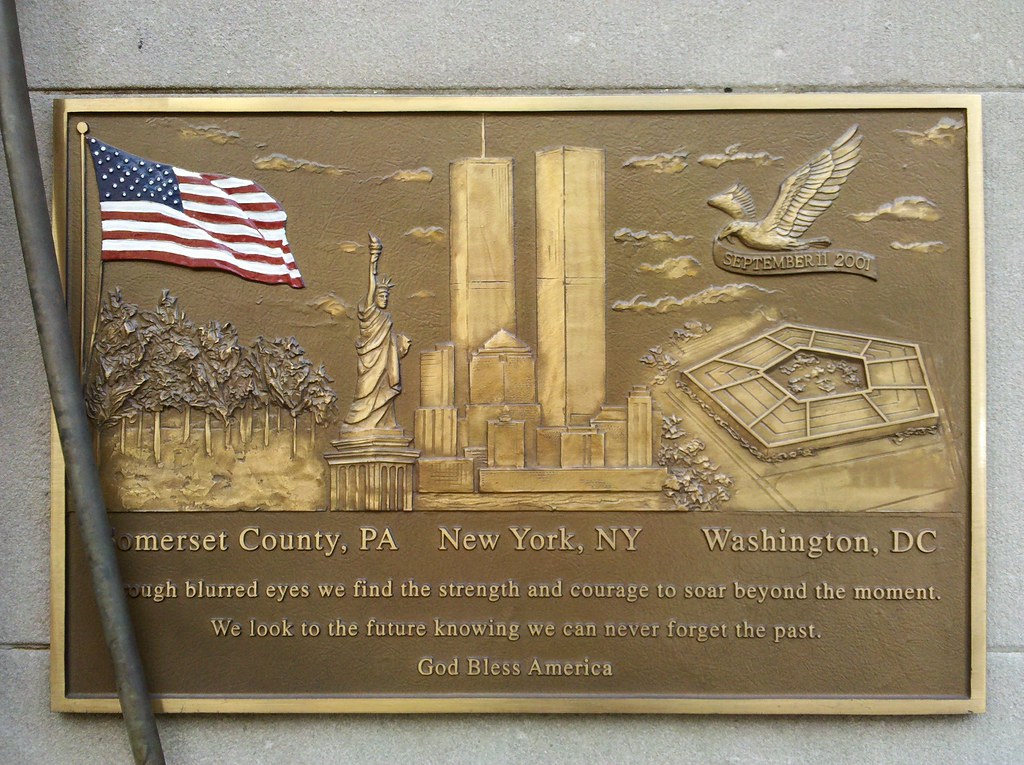 This plaque, unrelated to the sculpture, is mounted on the wall of FDNY Squad Company 1.

A bicycle built for two Take a look at the pedals and the chain — no wonder this couple has been stuck in the same spot for so long! 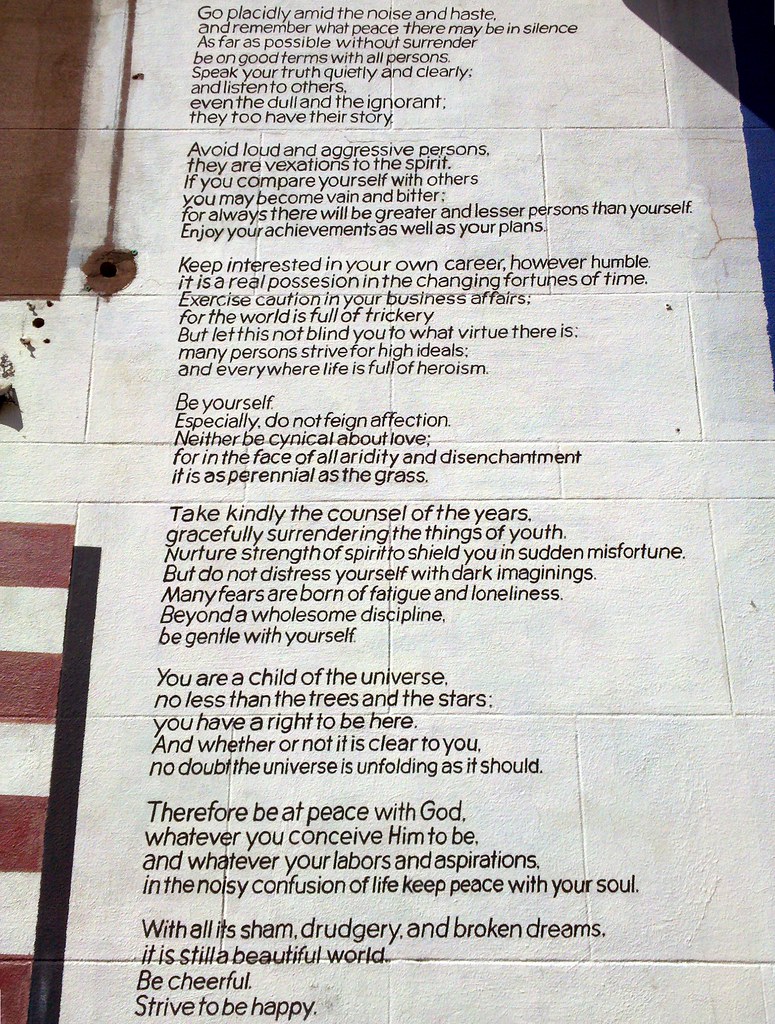 The pride of Terre Haute 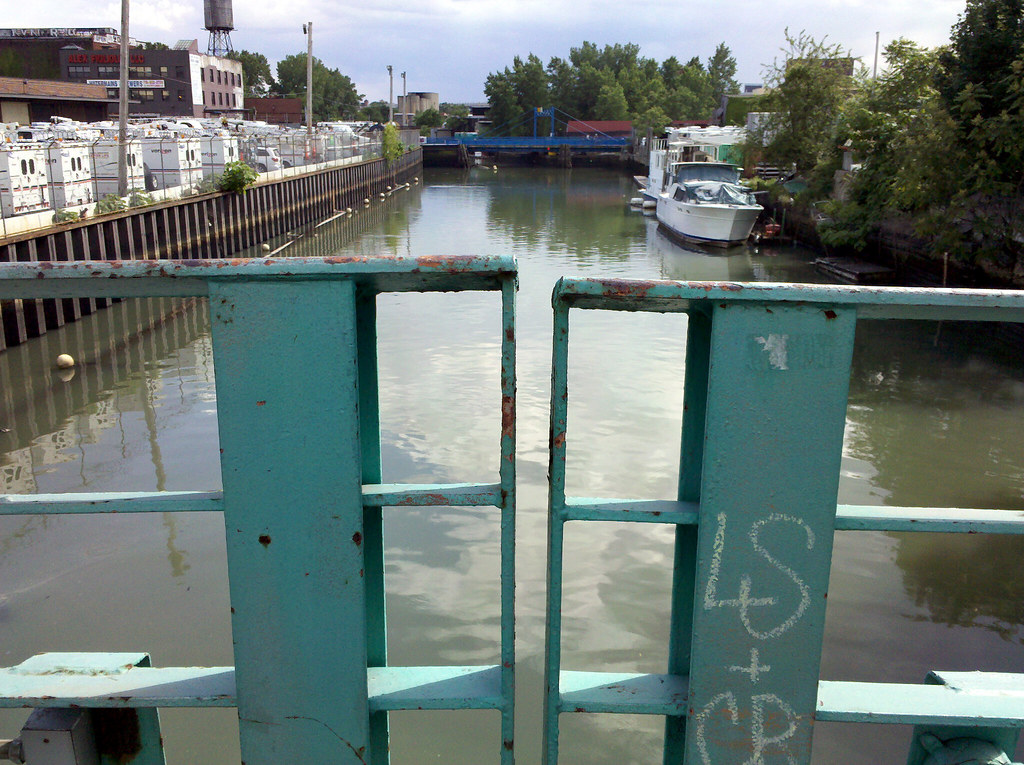 This bridge, a double-leaf rolling bascule, spans the picturesque Gowanus Canal. In the distance, you can see a wondrous blue bridge, which we'll learn more about in due time. Right on schedule, as usual 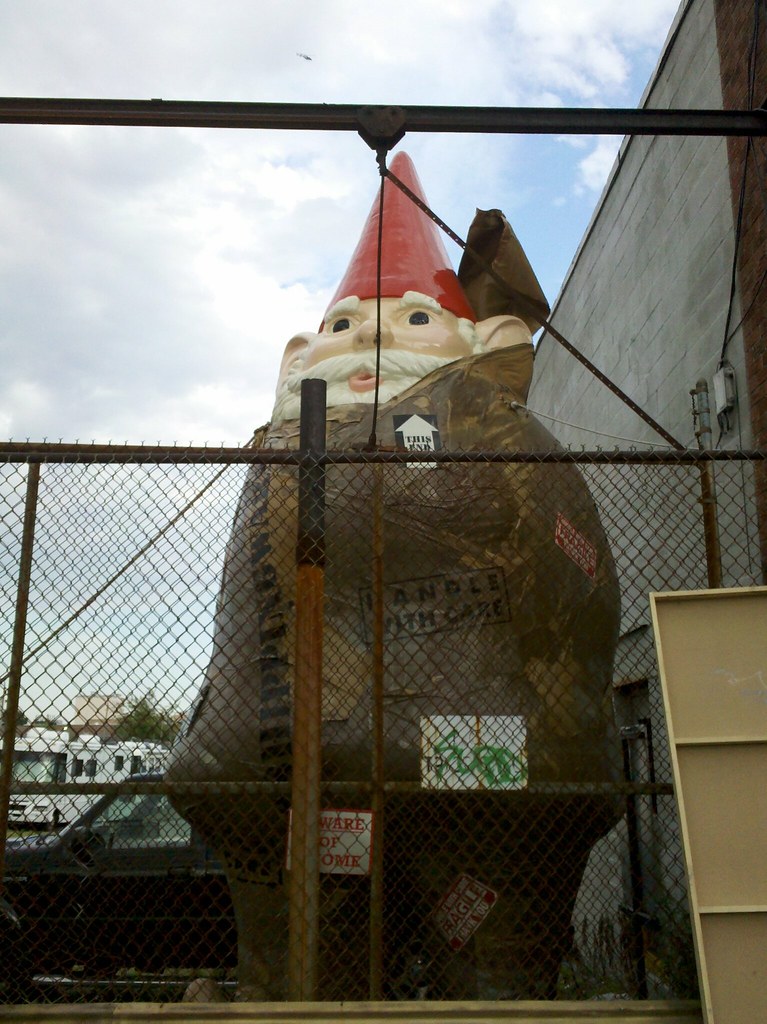 Back at the Union Street Bridge An anchor of the community 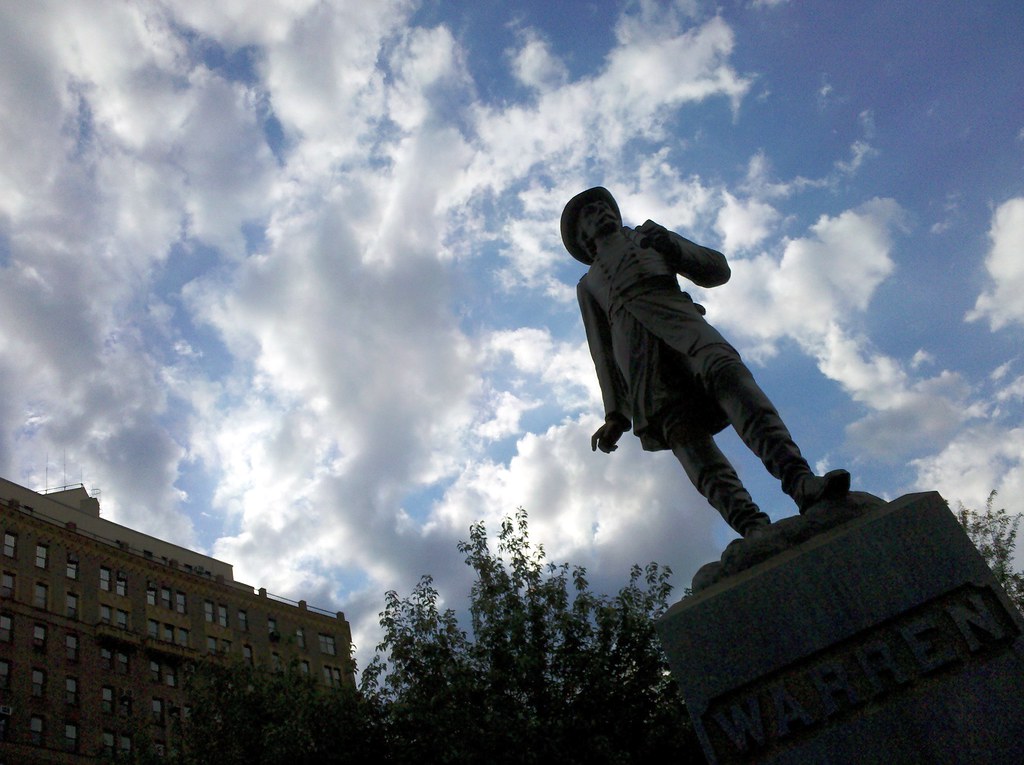 Glorified at Little Round Top (where the granite for this statue's pedestal was quarried) and humiliated at Five Forks, this civil engineer and Civil War general was the brother of Emily Warren Roebling, who shared the duties of chief engineer of the Brooklyn Bridge with her husband, Washington Roebling, after he developed caisson disease in 1870 and became bedridden. This is one of two similarly adorned doorways beneath the Soldiers' and Sailors' Arch in Brooklyn's Grand Army Plaza. The interior of the arch was once open to the public, and was recently home to a puppet library, but it's currently off limits and in need of repair.

The Genius of Patriotism 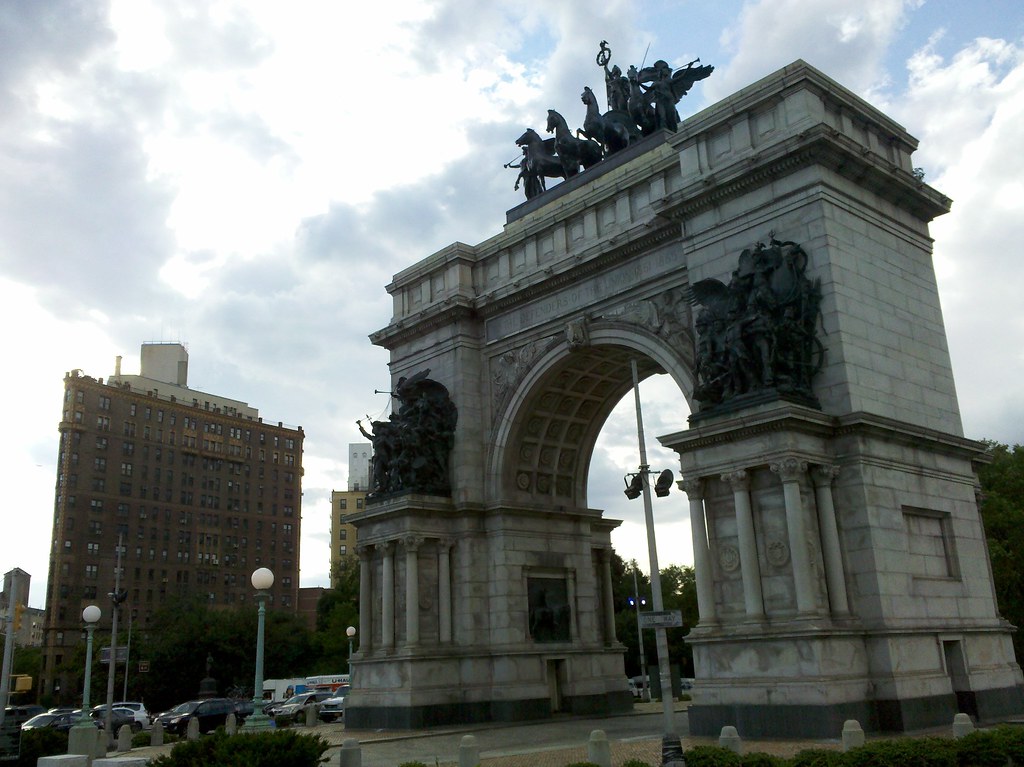 Honoring the Civil War general derisively known as "Slow Come" (and the man for whom the ill-fated General Slocum was named), this statue, much criticized around the time of its dedication, can be hard to spot amidst the dense foliage of June. This mural is accompanied by a quotation from Hodding Carter: "There are two lasting bequests we can give our children. One is roots. The other is wings." 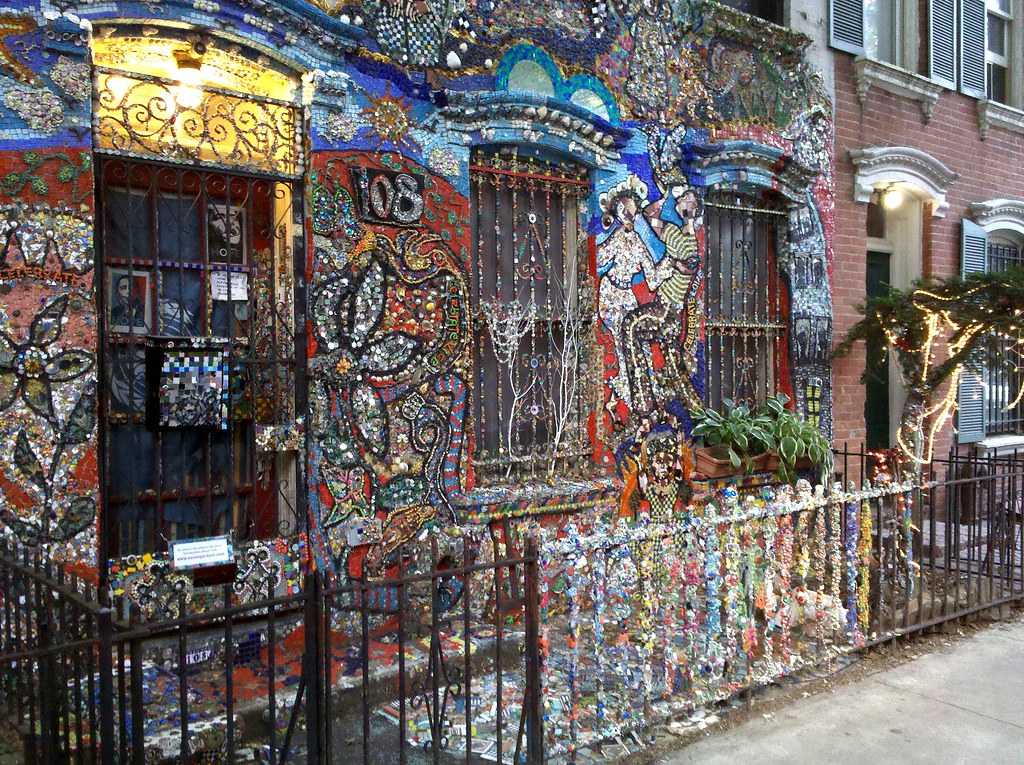 "One day in 2001 I went outside and started gluing things to the front of my house. I have not stopped yet. My hope was to make a celebratory statement that would cheer and amuse."

Those are the words of Susan Gardner, whose house has even earned a mention in the "authoritative, encyclopedic, opinionated and constantly consulted" AIA Guide to New York City. You can see more photos on her website; check out Street View for the big picture. And, for what it's worth, a fellow Wyckoff Street pedestrian told me that nothing beats seeing this place in the snow. As afternoon turns to evening 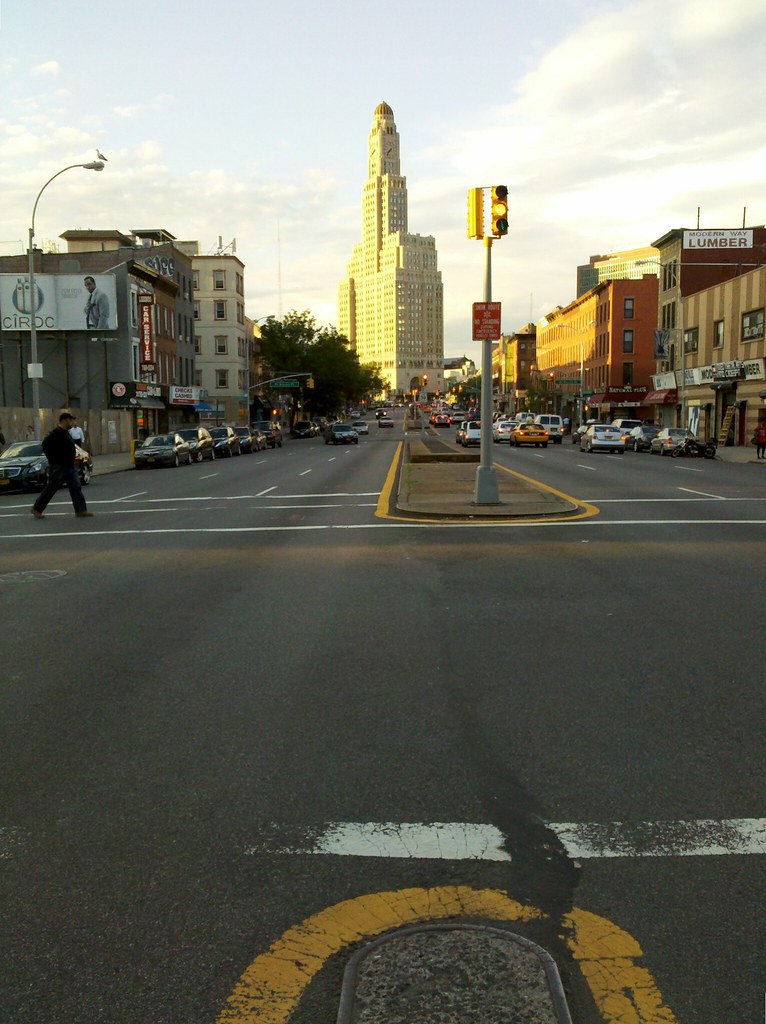 the Willie makes another grand appearance.