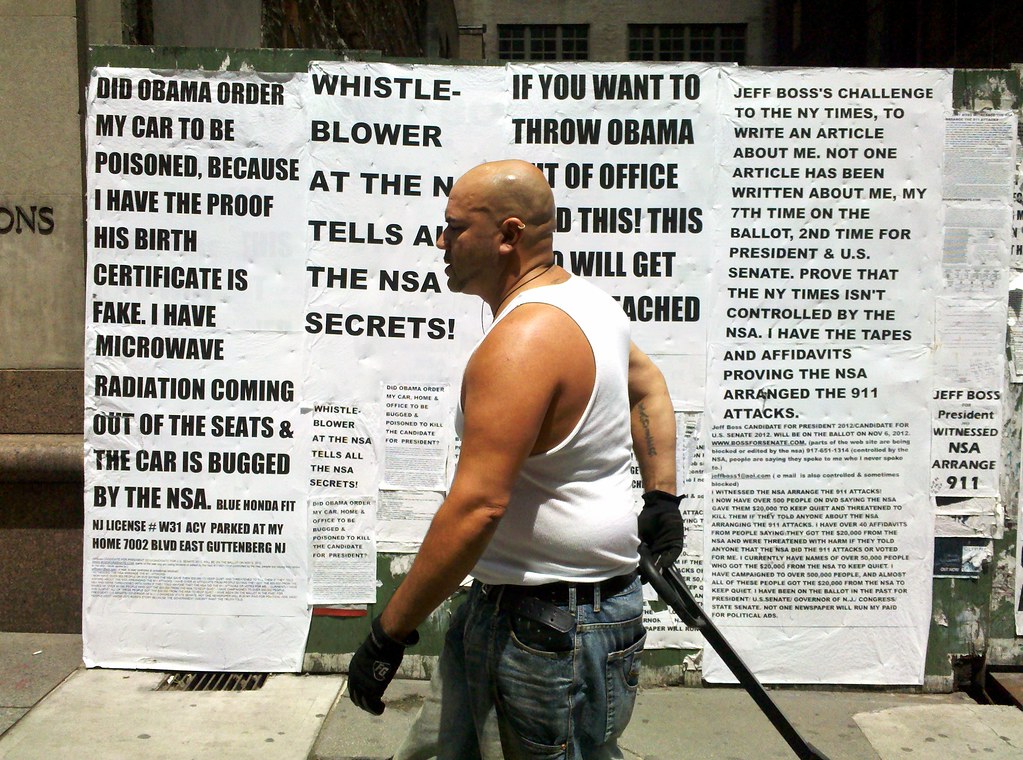 This madness has got to stop! Jeff Boss for President! JEFF BOSS FOR PRESIDENT! 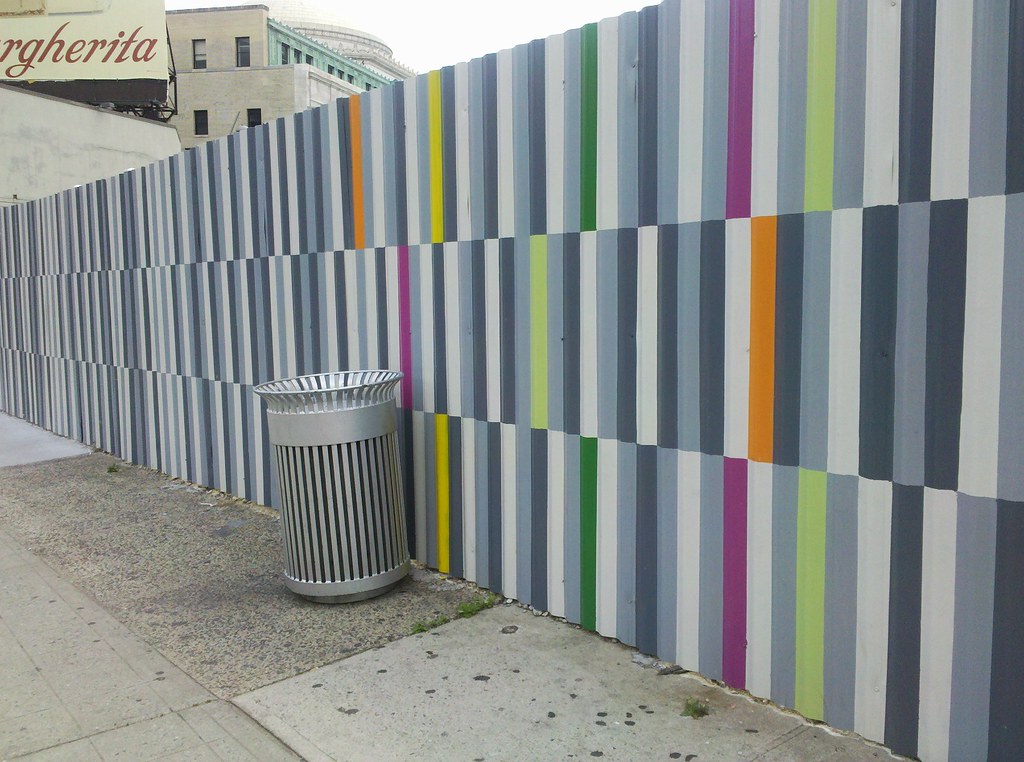 The interior of this Albee Square bank is absolutely stunning, with a Mercury dime motif enriching the capitals of these columns and the circular frieze above them.

Most resourceful fork use so far 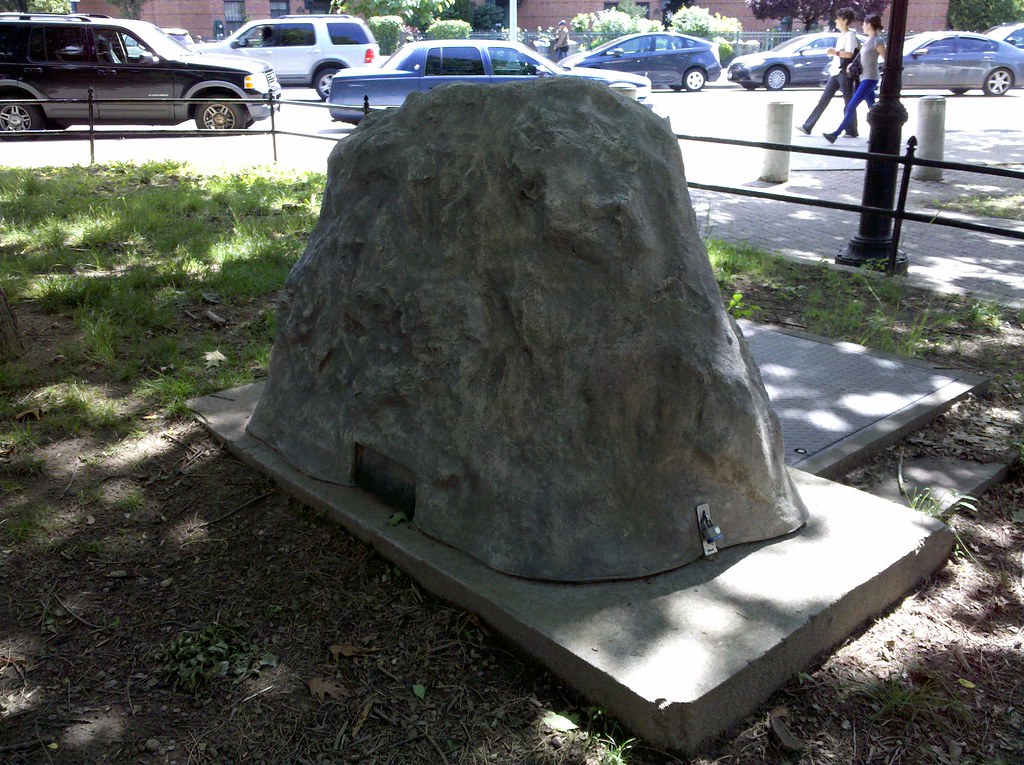 Once shared by 35 lodges, this massive block of a building now also serves as a part-time concert hall. 
The baseball park is in its present state a howling wilderness . . . On the park at present are several old houses and shanties and goats and tomato cans. Mr. Ebbets warned everybody not to be alarmed at this state of affairs, because, he said, Castle Brothers had promised to rush the work of grading the diamond and building the concrete fences, and after that the work on the stands will be rushed, so that at least the games of the last third of the season of 1912 will be played at the new park. 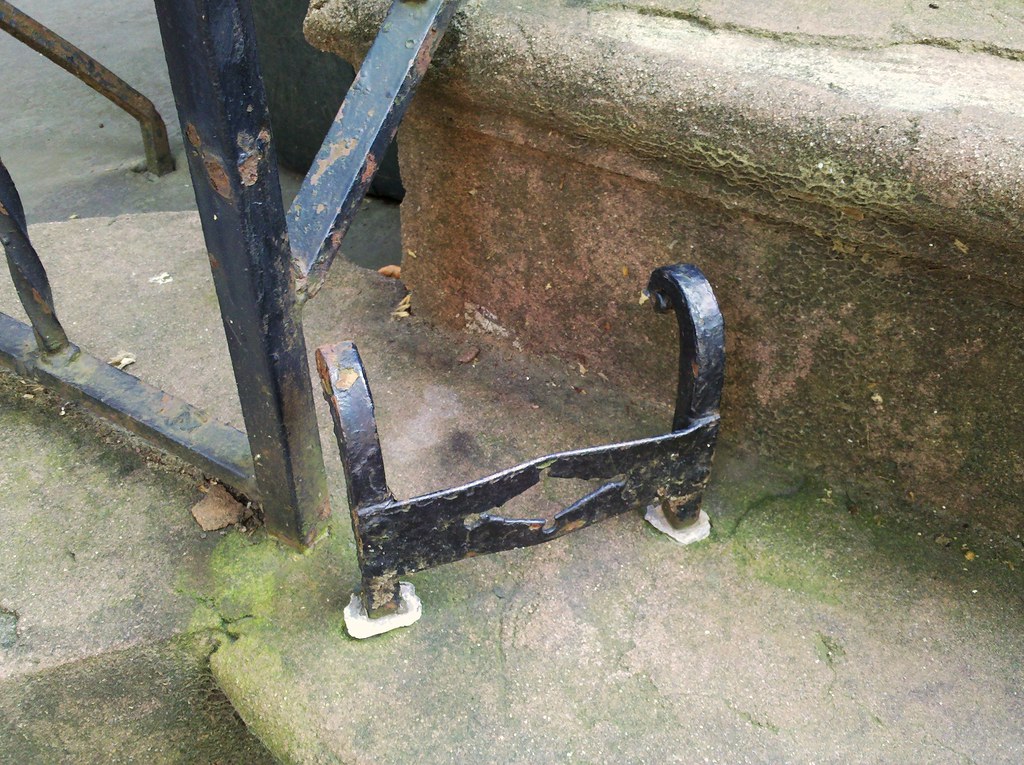 Most of the city's remaining boot scrapers are integrated into balustrades, but every once in a while you come across one of these lone wolves. 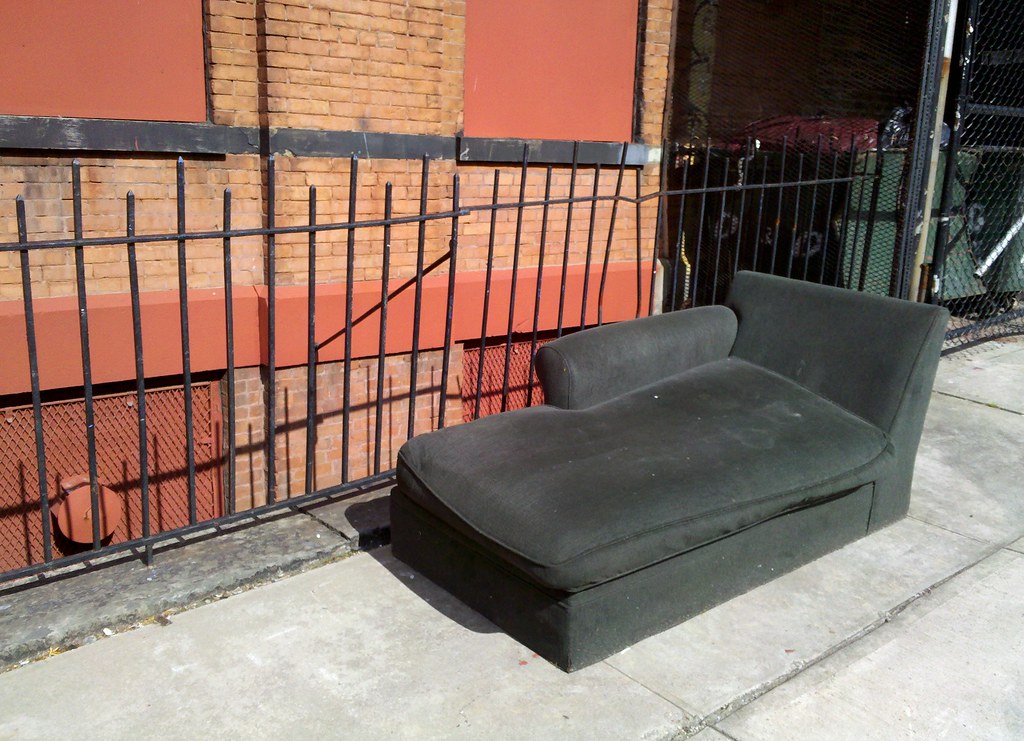 With chaise longues (chaise lounges?) making their way into all sorts of public spaces, I guess it was only a matter of time before one just plopped itself down right on the sidewalk. 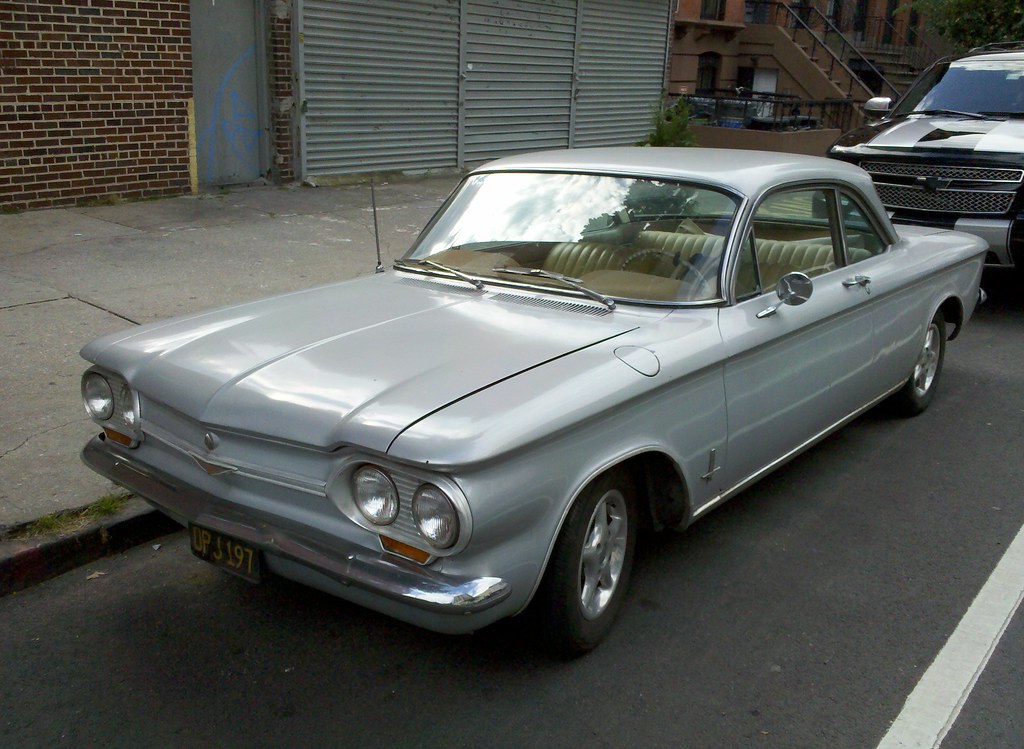 Starting in 1964, this model became safe at one or more speeds. 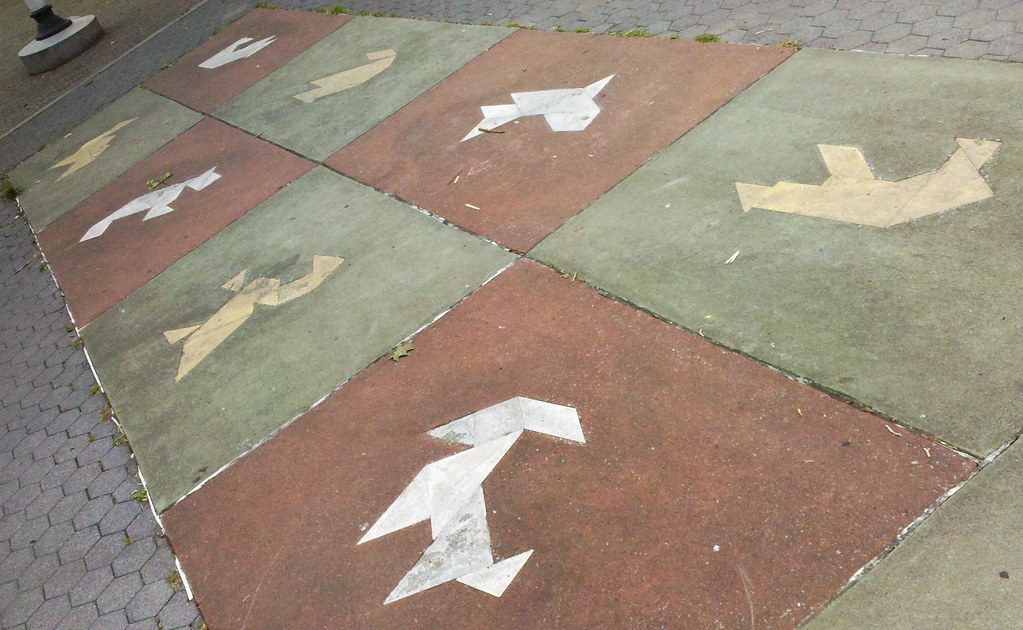 These beasts of the tangram (as well as several others not in the photo) seem to have adapted well to the urban environs of Cuyler Gore Park. 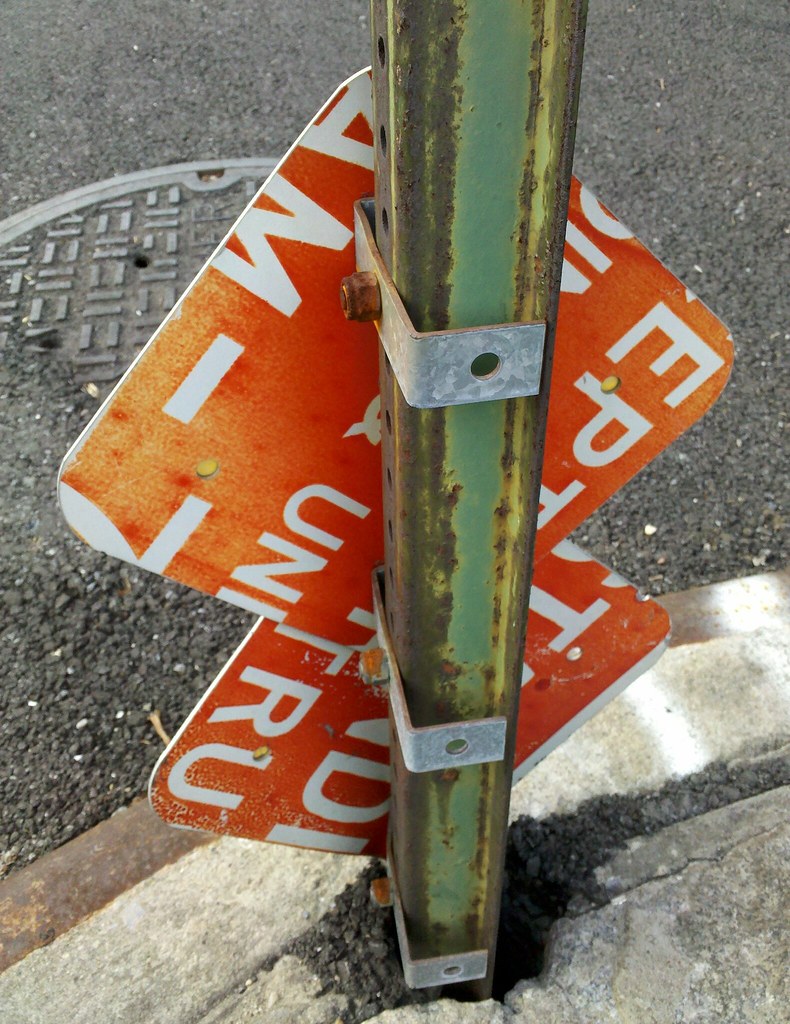 One of these suckers has been turned into little yellow warning diamonds. Perhaps you recall something similar we saw back in Oregon.

The vine from hell 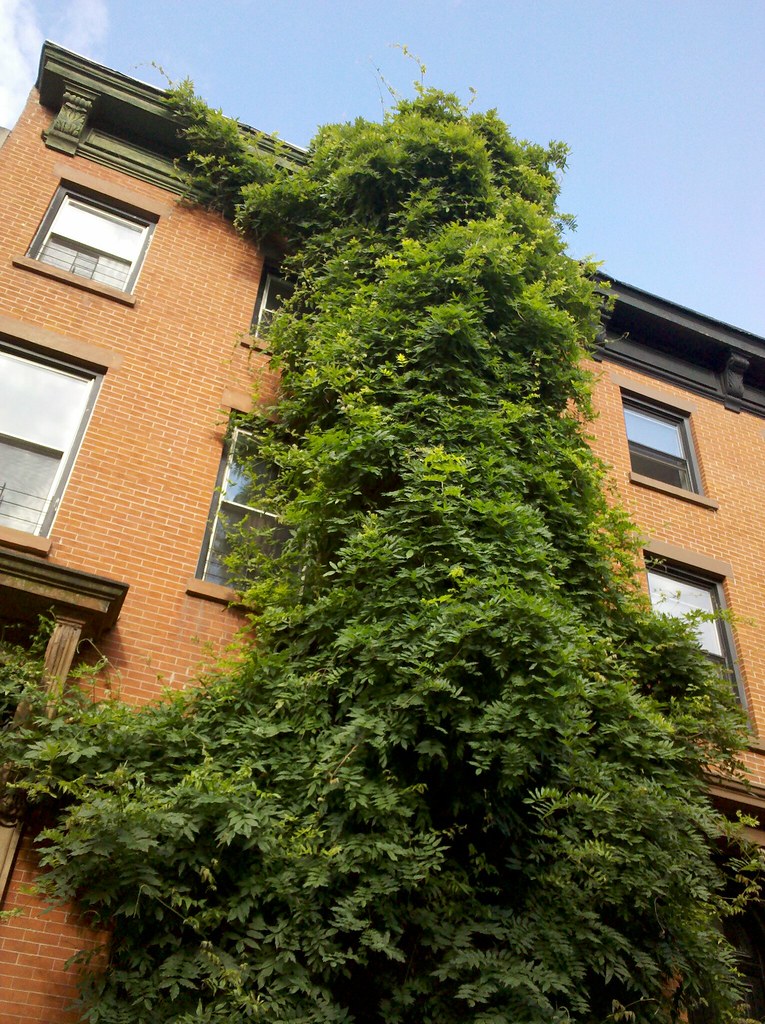 Two sides of the same column 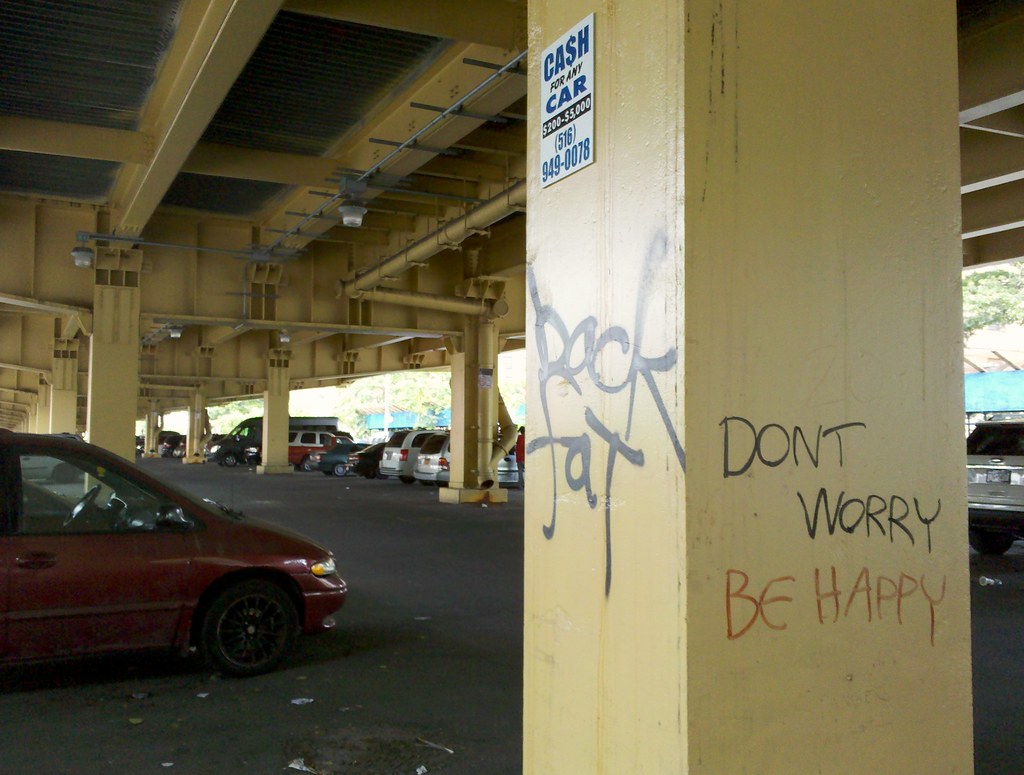 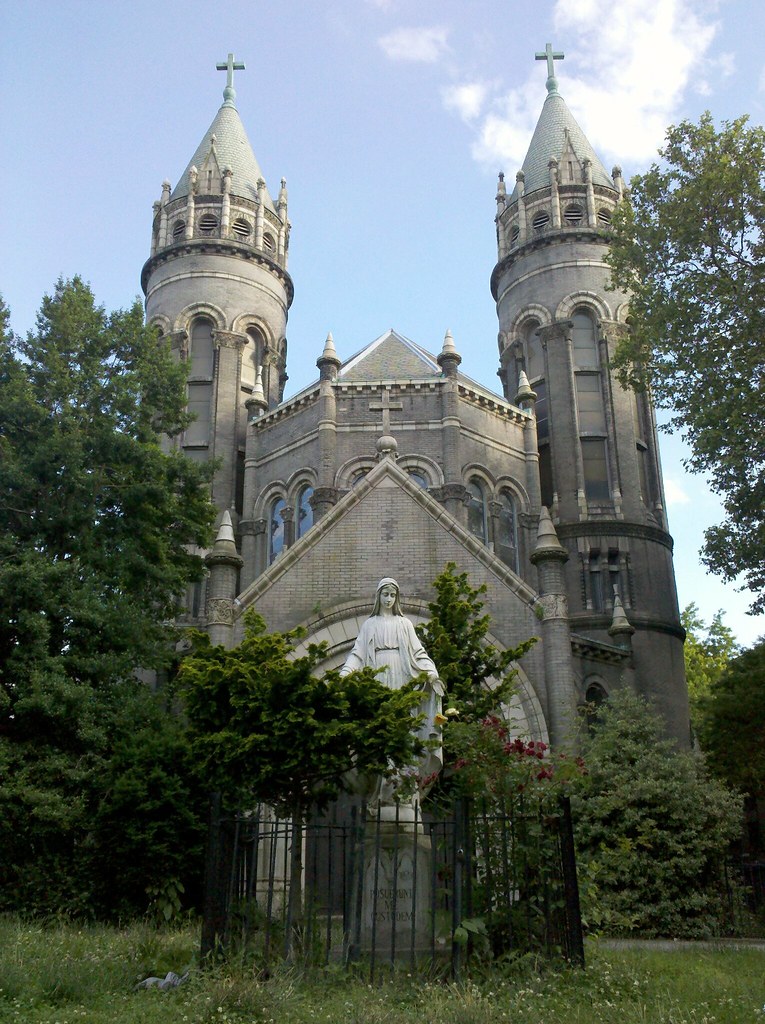 Completed in 1906 after fifteen years of construction, this twin-towered house of worship stood its ground as the Ingersoll and Whitman Houses sprung up around it, leading to the somewhat incongruous sight of a massive church standing amidst a tract of public housing. Its current altar was built with girders salvaged from the demolition of the old Myrtle Avenue El, some of whose still-standing remnants we recently came across. The church was closed last year, a casualty of a consolidation effort by the struggling Brooklyn Diocese, but a Catholic presence remains inside. This perplexing mural livens up the Brooklyn Love Building (owned by a guy who runs a nearby Cuban restaurant — hence the Che Guevara reference, I guess). 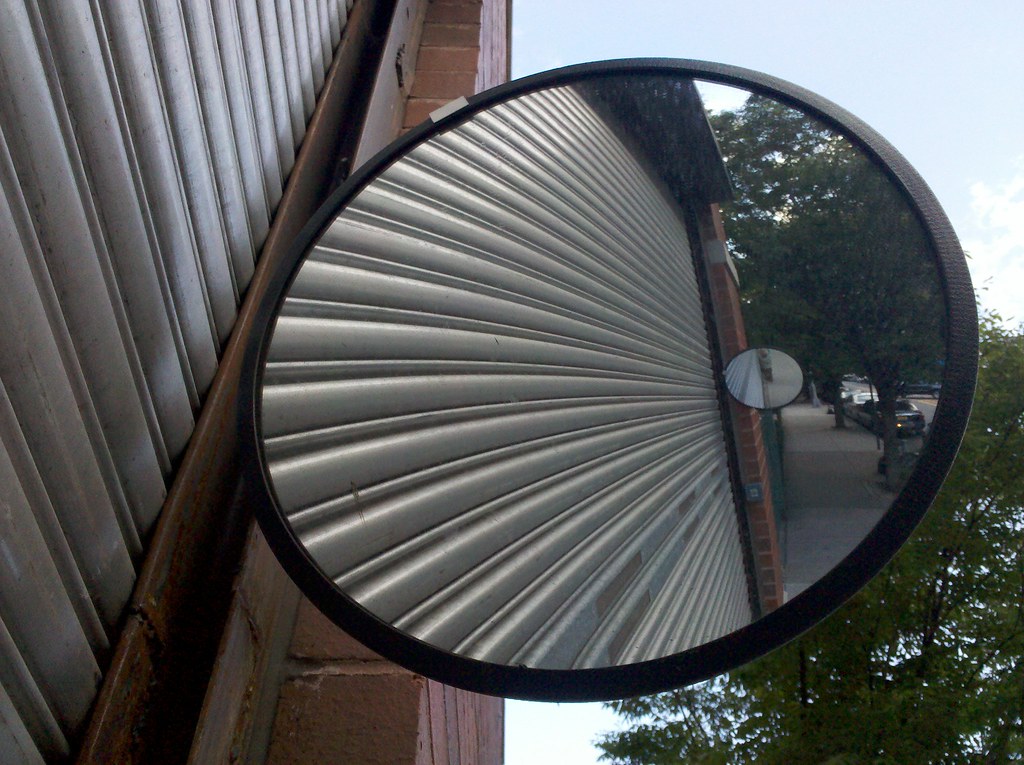 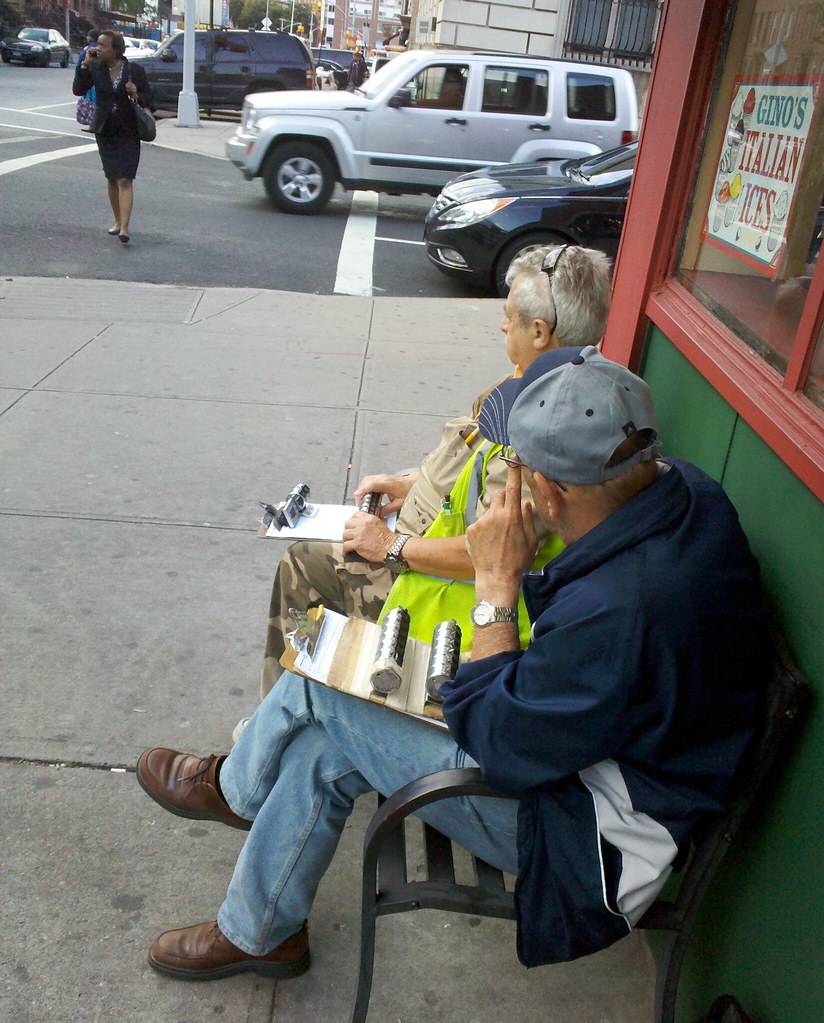 I believe they're tallying passing pedestrians, including yours truly. This was once the Brooklyn headquarters of the ASPCA, which was founded in New York City in 1866. (Here's a great history of the organization.) The ASPCA owes its existence to the tireless efforts of a single man, Henry Bergh, who "alone, in the face of indifference, opposition, and ridicule," worked to bring an end to the many barbaric acts of animal cruelty once seen as acceptable. That's the organization's seal, featuring an angel preventing a man from beating a horse, perched atop the doorway; this is what it looks like up close. What? I count better when I’m asleep! 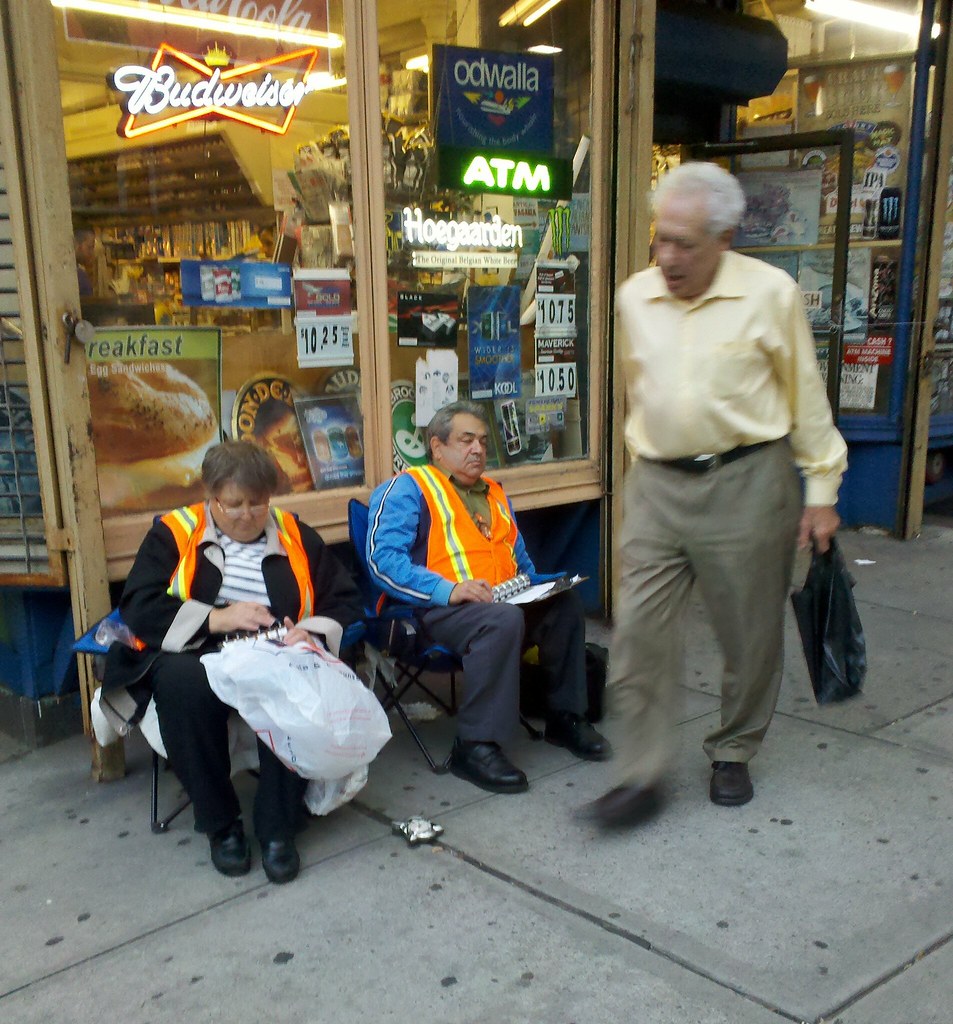 All three of these people look like they just dozed off.