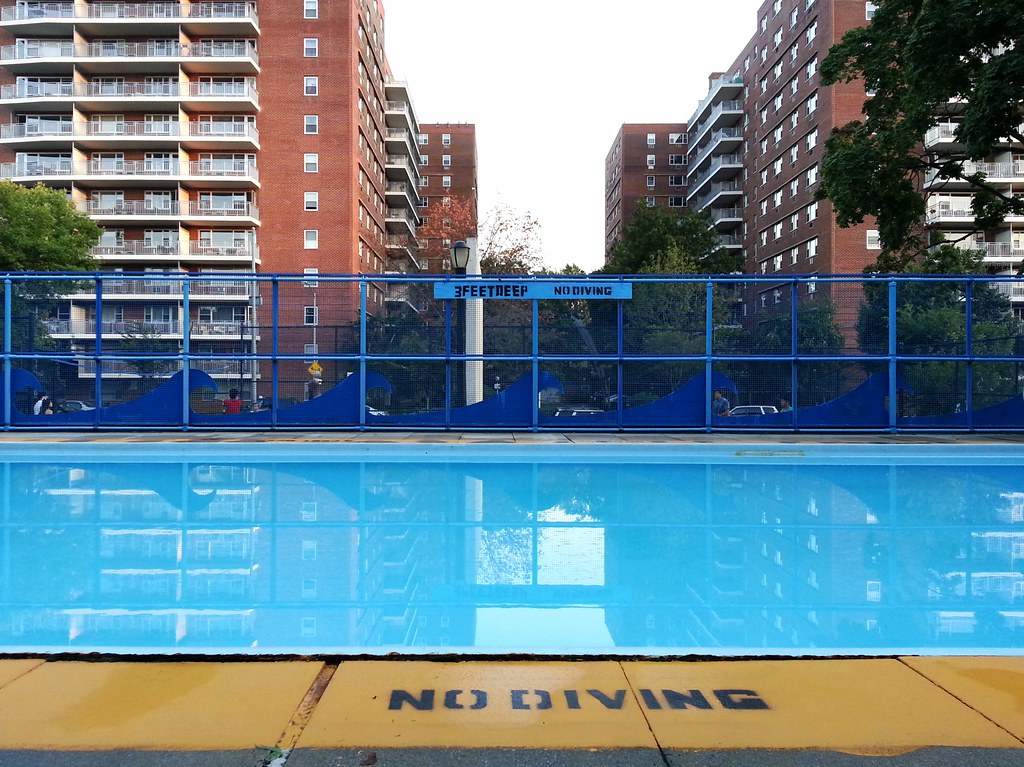 In the late 1960s and early '70s, the city began deploying these smallish above-ground pools to neighborhoods without convenient access to the massive, Olympic-size WPA pools built in 1936 (like the one we saw in Astoria Park). By 1972, there were 74 mini-pools spread out around town, but their numbers dwindled once the city opened a new batch of in-ground pools in the early '70s; today there are only 19 mini-pools still in service. (You can read a wonderful, photo-filled history of public swimming in NYC here.)

The city also used to operate Swim Mobiles, which were trailer-size pools hauled around by trucks from one neighborhood to another. Here's a hilarious account of one out for a test run in the summer of 1987.