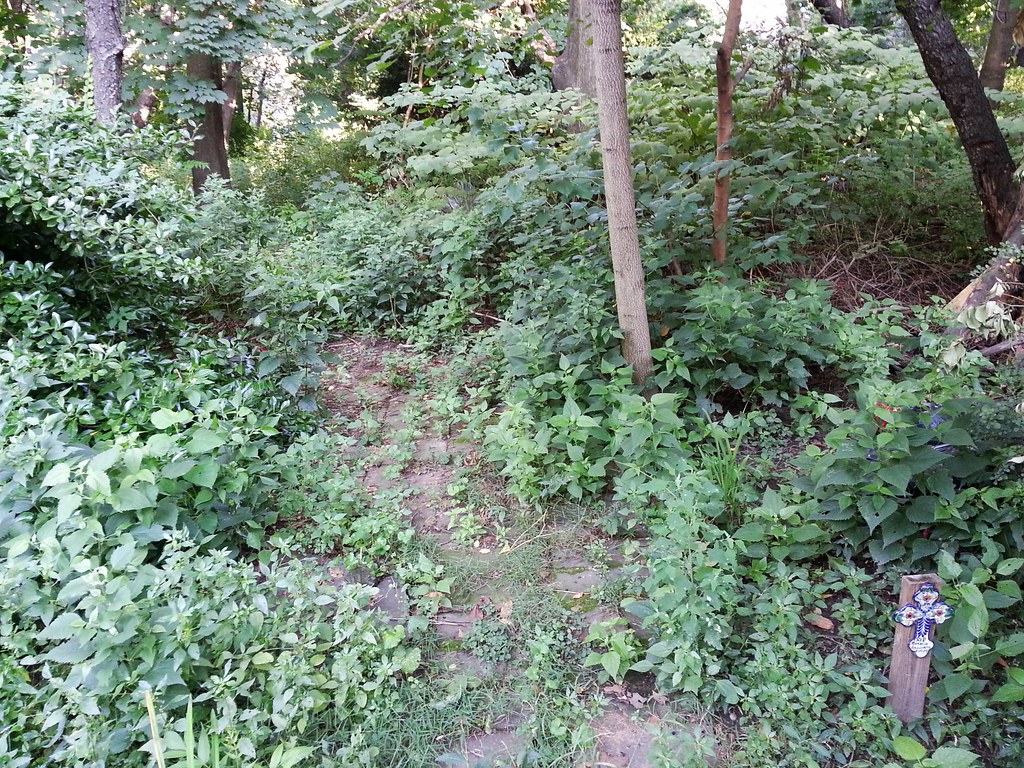 There's an ancient family cemetery sitting right in the middle of a block of apartment buildings in Woodside, Queens. The 51st Street side, where I took this photo, offers few suggestions that it's anything other than an overgrown vacant lot: there are a couple of small signs at ground level stating that it's a cemetery and asking people to pick up after their dogs, and there's this one odd little memorial for a person who died in 2009 staked into the ground, possibly an unauthorized addition to the burial ground, where no one has been interred since the 1860s.