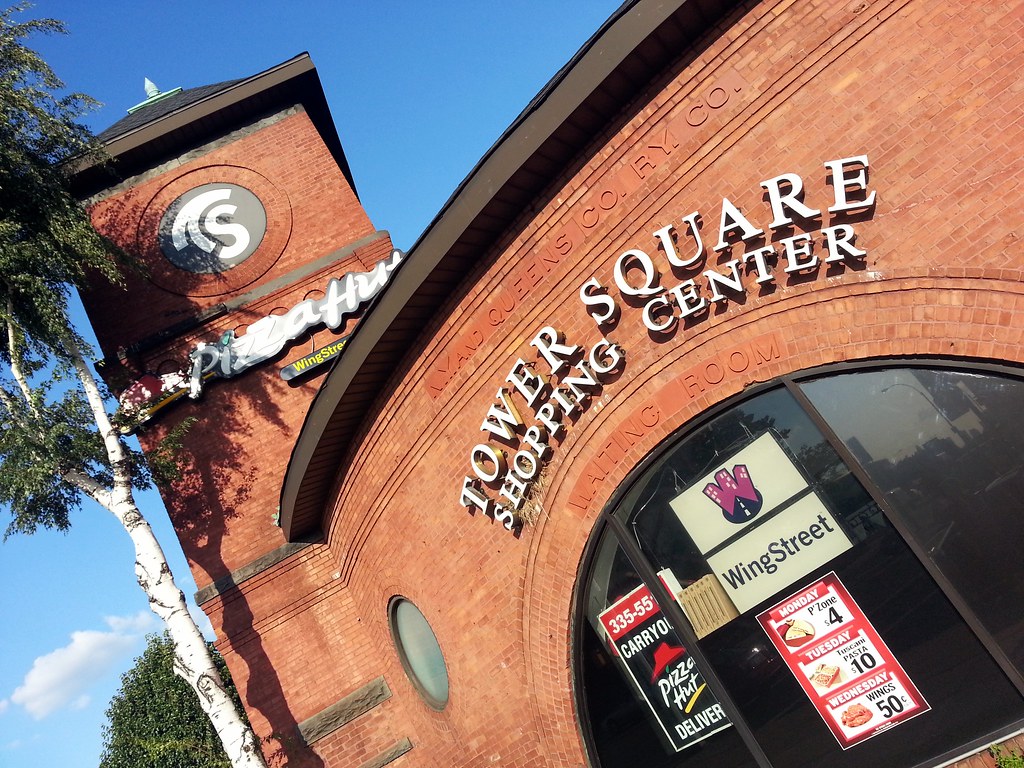 As hinted by the building itself, this was once part of the New York and Queens County Railway Company's main depot and trolley barn. Most of the complex is now gone, and this two-towered structure was set to be demolished when the shopping center was built, but local residents supposedly formed a human chain around it to prevent the bulldozers from advancing, saving it from destruction and ensuring its continued survival, albeit as a Pizza Hut. There is, however, at least one other remnant of the former transit hub still hanging around, as we learned when we crossed paths with it a few months ago down at the other end of the block.