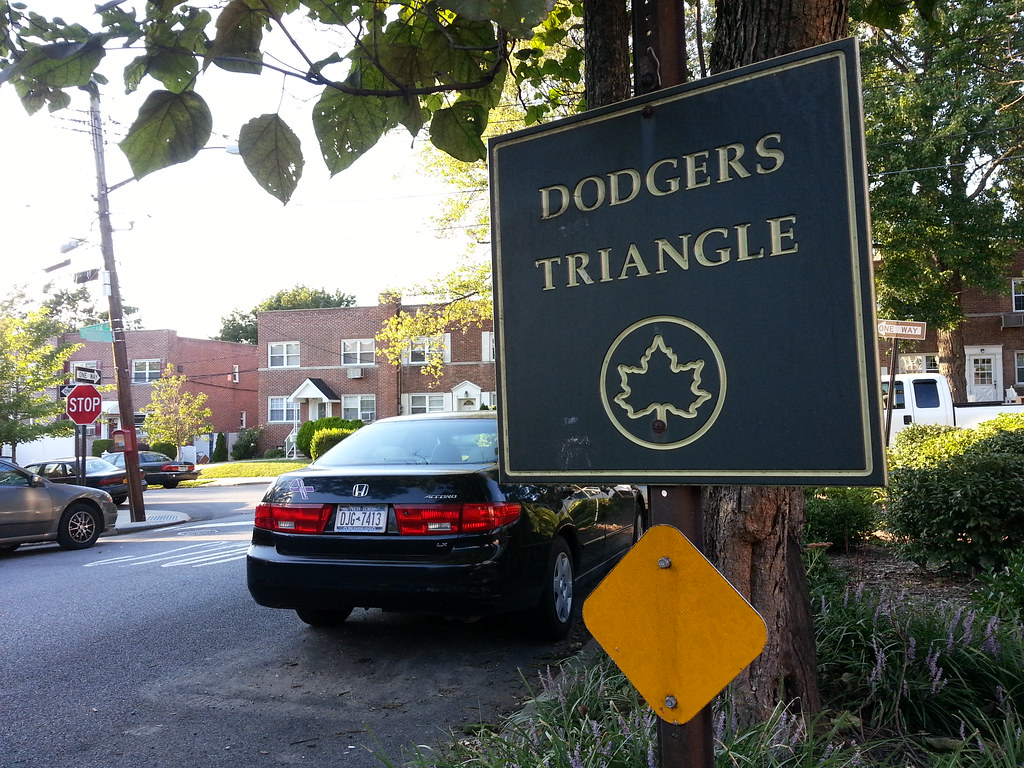 This little parklet is so named because it is bounded on one side by Hodges Avenue, which calls to mind — but otherwise bears no relation to — Dodgers legend Gil Hodges (whose grave we visited back in January). This sounds like a classic Henry Stern move; he similarly gave the name "Old Hickory" to a Long Island City park on Jackson Avenue, which is named for John C. — not Andrew — Jackson.

Day 1199: Shrine of Our Lady, Queen of Heaven and Earth