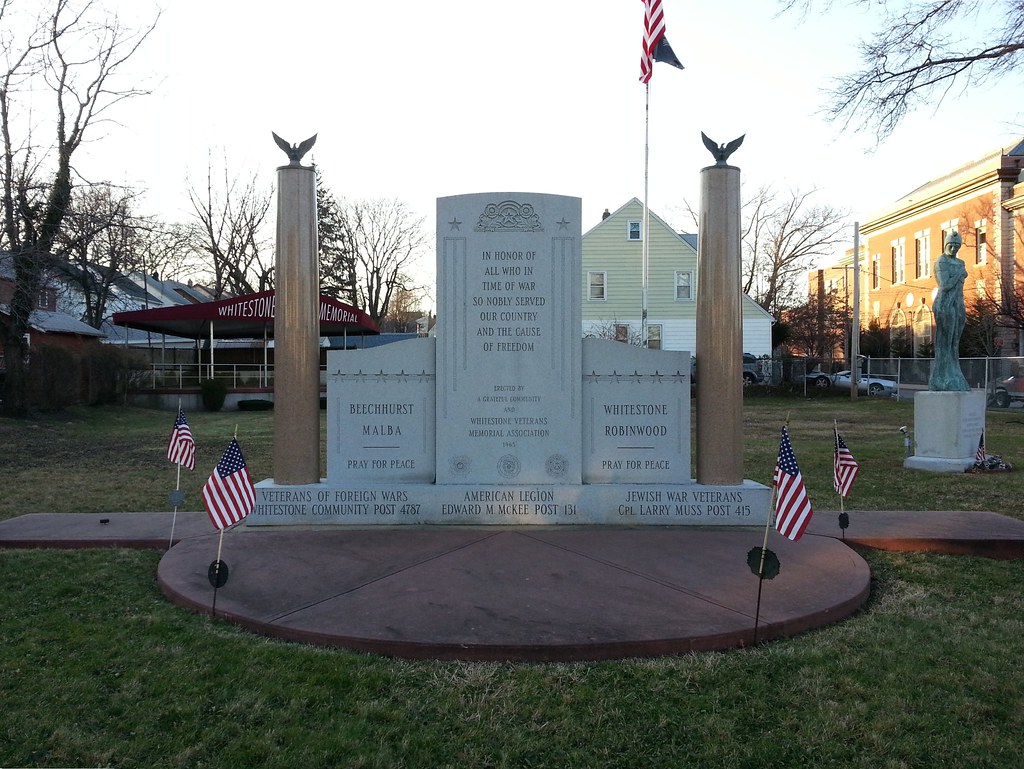 From a 2002 Queens Historical Society newsletter:

The beautiful bronze statue was dedicated on Armistice Day, November 11, 1924. It is dedicated by the citizens of Whitestone in grateful tribute to the memory of all who served in the wars of our country. The sculptor was Karl Illava, and he was striving to do a peace memorial rather than a war memorial. The work should stress the sadness, in fact, the insanity of war. His words were, "In the Whitestone Memorial, I have tried to portray a grief-stricken America, mourning her dead sons, of which the broken sword is a symbol. America, to me, represents our Womanhood and with love and reverence to those mothers who lost their most priceless possessions, their sons." Listed on the guest list for the dedication was President of the United States, Calvin Coolidge.