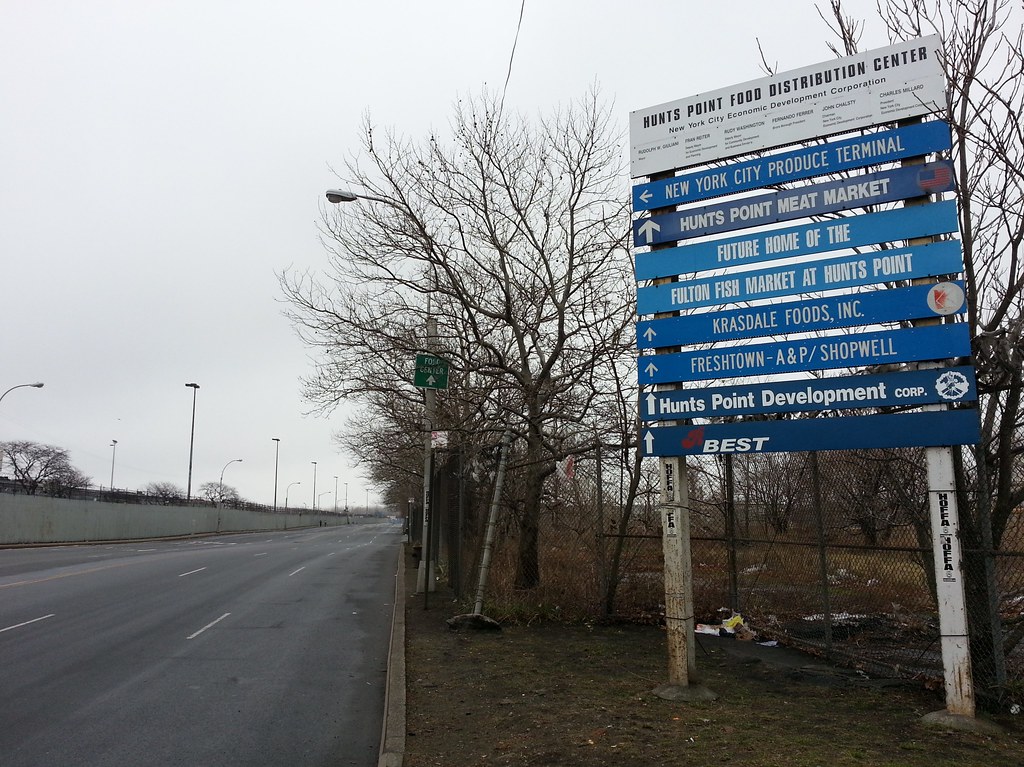 Spread out across 329 acres on the eastern side of the Bronx's Hunts Point peninsula is one of the largest (some say the largest) food distribution centers in the world, home to the city's main produce, meat, and fish markets, as well as several other wholesalers, processors, and distributors. The sign above hasn't been updated in a while: the Fulton Fish Market moved up here in 2005 from its original location at the end of Manhattan's Fulton Street, where it had been operating since 1831.

Here's a great peek inside the produce market by two brothers from South Carolina who, when they were new to the city and looking to make their Lower East Side apartment feel a little more homey, set out for Hunts Point in search of raw peanuts to boil.