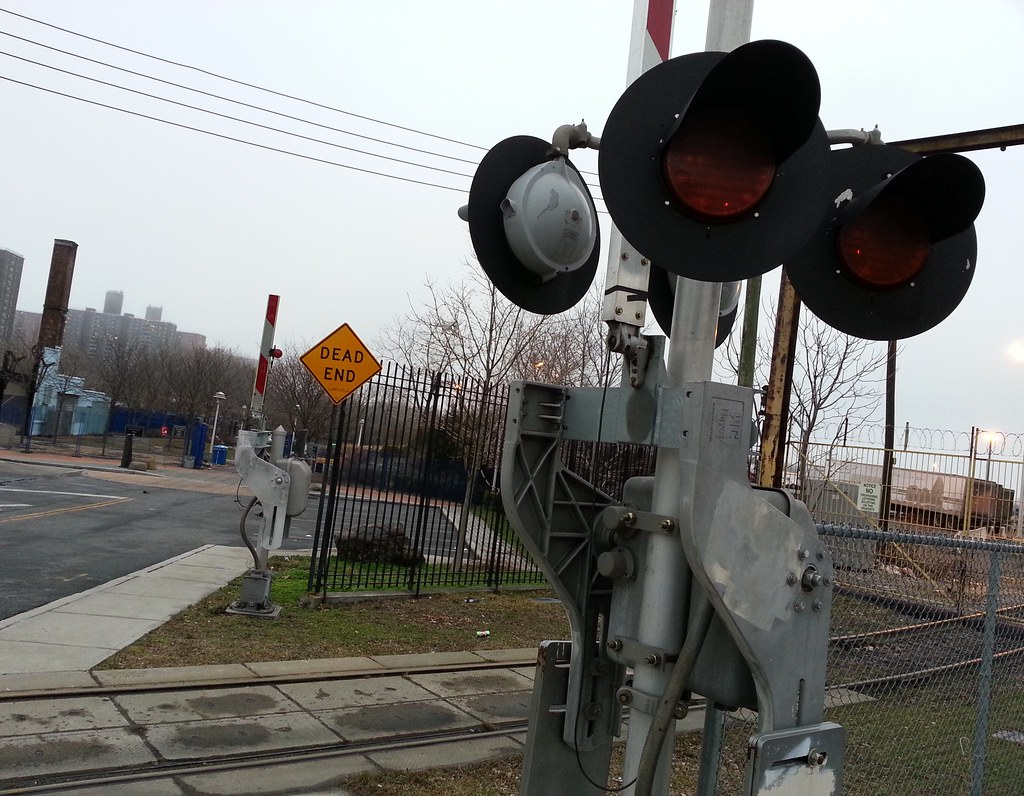 This park, a rare green (and blue — Rocking the Boat is headquartered here) space in Hunts Point, was completed in September 2006, but was subsequently kept under lock and key after the city decided it was too dangerous for people to cross both the street that runs in front of the park and the single-track rail line (traveled by two extremely slow trains per day) that runs parallel to the street.

Why hadn't they thought of this before? Understandably, the community was upset that all they could do was stare longingly through locked gates at this beautiful new park. Finally, in May 2007, after a traffic light had been installed, crosswalks had been painted, and the Parks Department had stationed extra staff on site to watch for approaching trains, Hunts Point Riverside Park opened to the public.

Meanwhile, the city still needed to install automatic gates at the railroad crossing to replace the people monitoring it. As it happens, I ended up working on this project at my old engineering firm. On our site visits, it seemed as though the Parks Department track watchers literally just sat in their truck all day until the rare occasion when a train would come ambling down the line, at which point they would spring into action and make sure no one tried to cross until the iron stallion had passed on its way.

At any rate, it's good to see that the gates have not collapsed onto any children or anything. My favorite of the four was always the hilariously short one visible above, designed to block pedestrians on the sidewalk. That'll stop 'em!