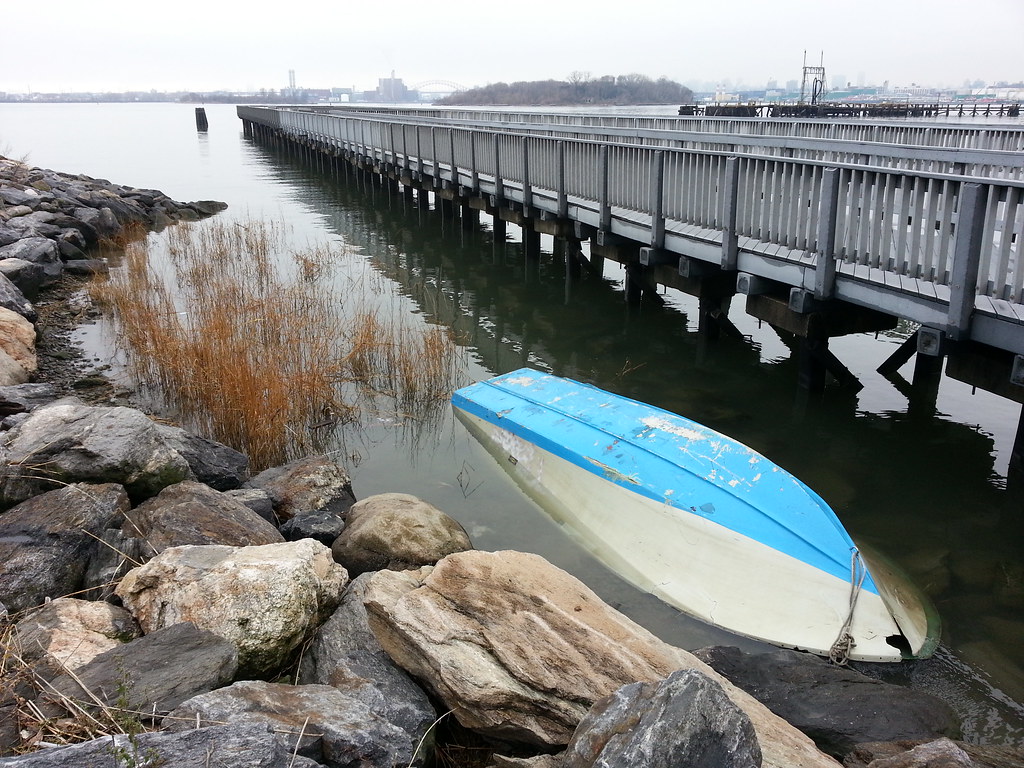 Located next to Barretto Point Park, this recreational pier is made of recycled plastic, and was apparently "the first all-plastic lumber civil structure of major significance". An important advantage of plastic is its imperviousness to the wood-eating shipworms and gribbles that have returned to New York as the city's waterways have once again become clean enough for them to survive. This pier replaced its deteriorated wooden predecessor in 1995, but it caught on fire and had to be rebuilt after it was struck by lightning several times during a storm the next year.

If you zoom in, you can make out the silhouette of a couple of the abandoned buildings on North Brother Island, the small treed island out past and to the right of the pier. Now a bird sanctuary, the island was formerly home to a quarantine hospital (where Typhoid Mary spent her last two decades), college dorms for veterans, and a drug rehab center, and was also where the burning General Slocum ran aground and sank in New York's worst pre-9/11 disaster. This page has some recent photos of the ruins on North Brother, which has been uninhabited (by humans) for the past 50 years.