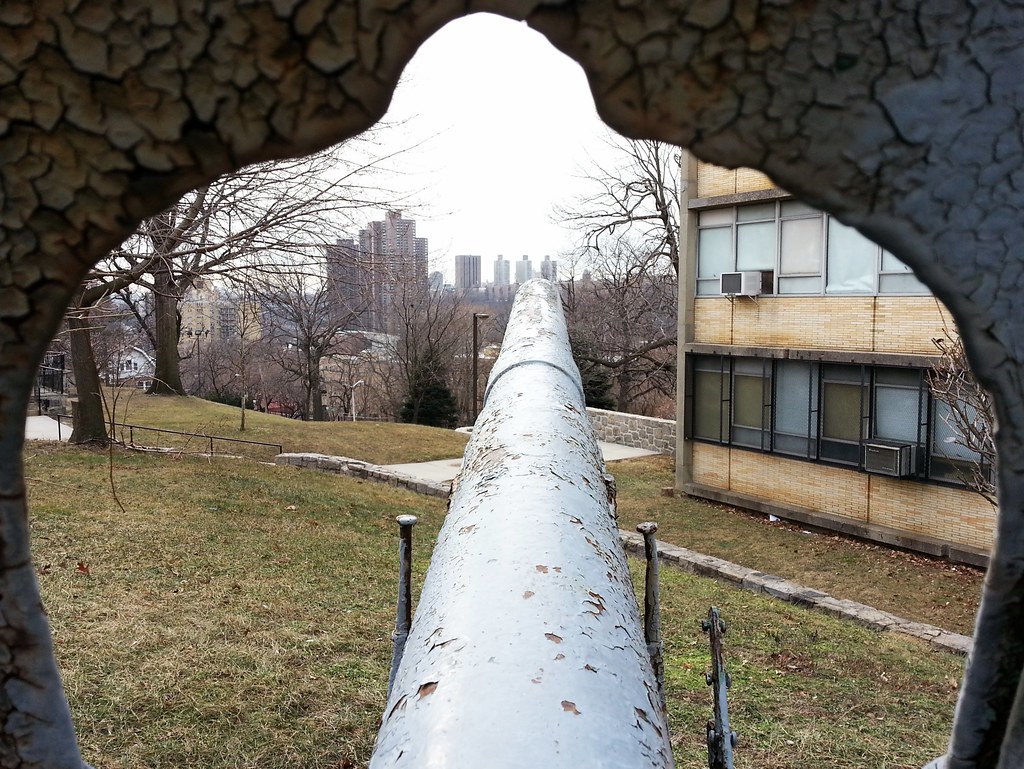 Pointed at our favorite set of quadruplets (the leftmost is hidden behind another building) from its lofty perch atop a hill on the campus of Bronx Community College, this (World War I-era?) gun and a couple of others mark the site of Fort Number Eight, a British redoubt that stood on these heights during the Revolutionary War.