The old, reflected in the new(er) 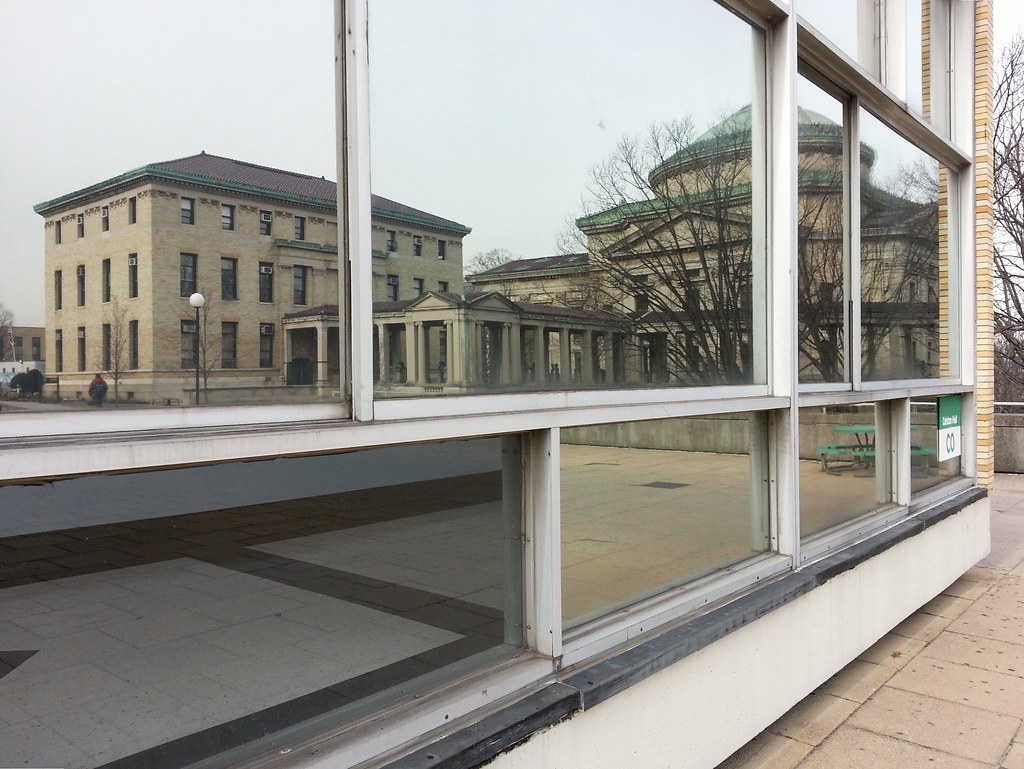 From left to right, we have the Hall of Languages, the colonnaded Hall of Fame walkway, and the Gould Memorial Library, all designed by famed architect and champion moustache wearer Stanford White (whose scandalous 1906 murder resulted in the first so-called "trial of the century"*) and built around the turn of the 20th century as part of the original quadrangle of New York University's uptown University Heights campus (which is now Bronx Community College).

Providing a stark contrast to White's neo-Classical works, Marcel Breuer added five new Brutalist structures to the grounds in the 1960s, including Community Hall, which is serving as the mirror in this photograph. (The "Colston Hall" label on that green-and-white sign to the right refers to the much larger building standing behind this one; the two are linked by a pair of concrete sky bridges).

* What made it the trial of the century? The journalist Irvin S. Cobb put it this way: