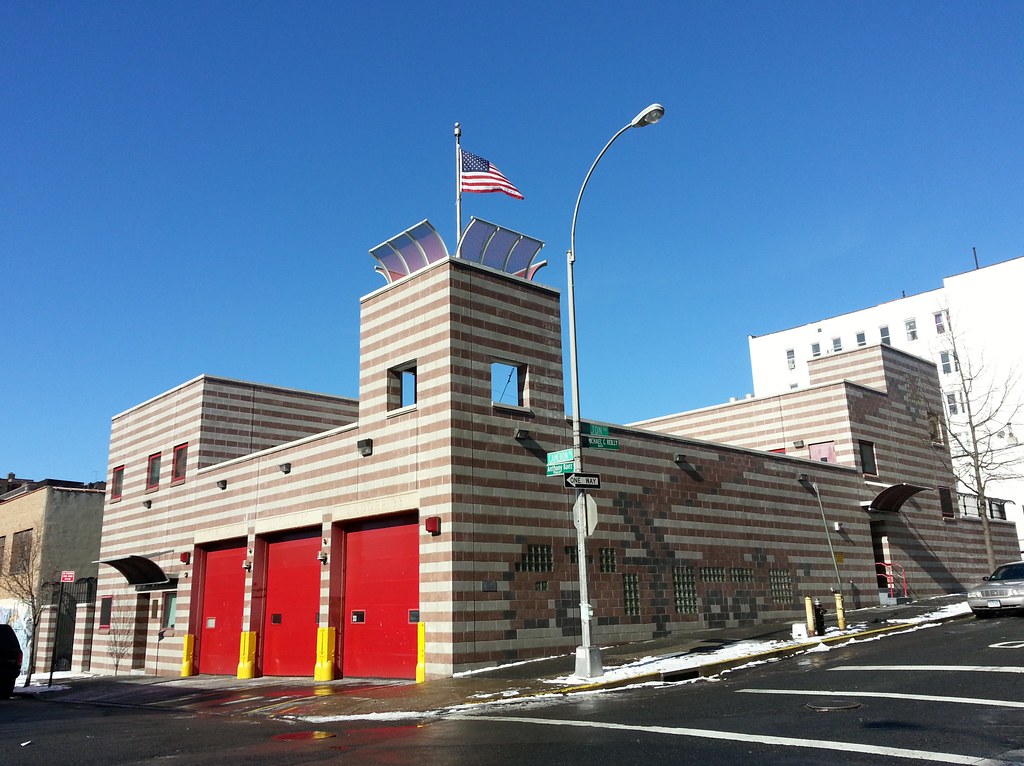 This truck-like artwork is built into the wall of the Engine Company 75 firehouse. A plaque on the building reads:

A fire truck that carries...

Two Carved Hands:
Two hands replace the logo on the fire truck. One is the hand of a three year old girl and the other is the hand of her father. They live in this neighborhood. Their lives were saved by Bronx firefighters.

The Memorial:
The areas of the engraved glass blocks replace five storage compartments on the fire truck. They house the treasured memory of each firefighter who gave his life in the line of duty in the Bronx since the beginning of the last century.

Interestingly, Ms. Ukeles is the Department of Sanitation's (first and only) artist-in-residence, having held the position since 1977. (Sanitation also has an anthropologist-in-residence: Robin Nagle.)