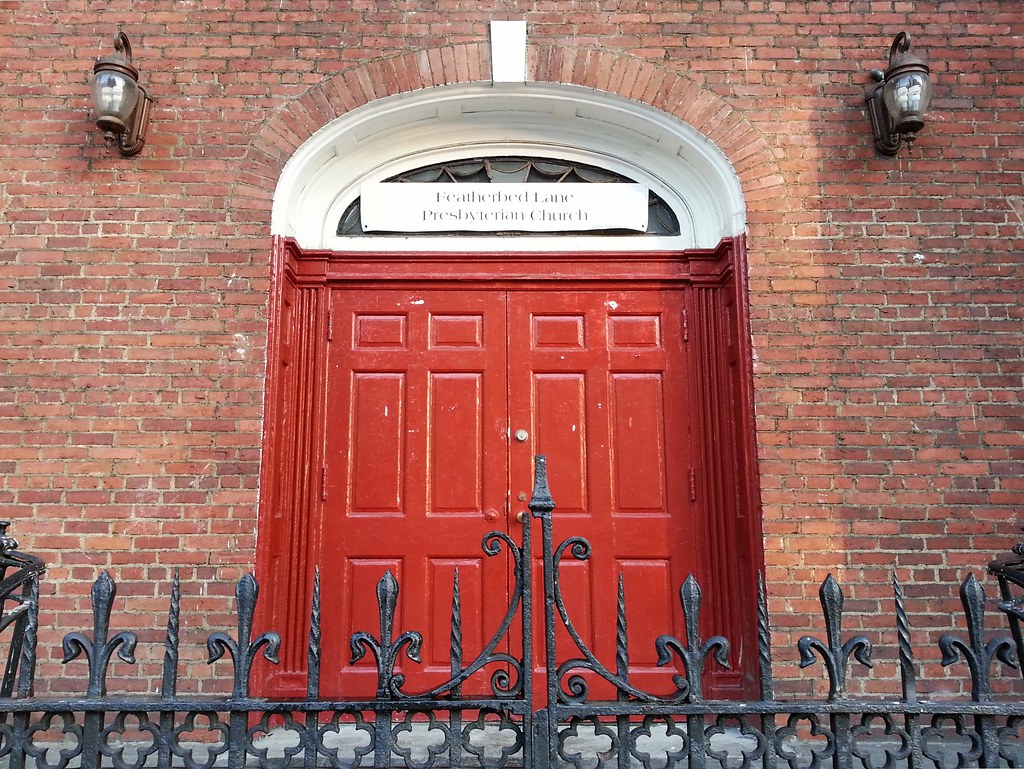 We covered the origin of Featherbed Lane's appellation last January, but I think it's time for a refresher. From John McNamara's History in Asphalt:

There are three well-known versions of the origin of this name. During the Revolution, residents padded the road with their feather beds to muffle the passage of the patriots. Another story is that the spongy mud gave riders the effect of a feather bed. Still another tale is that the farmers found the road so rough, they would use feather beds on their wagon-seats to cushion themselves.