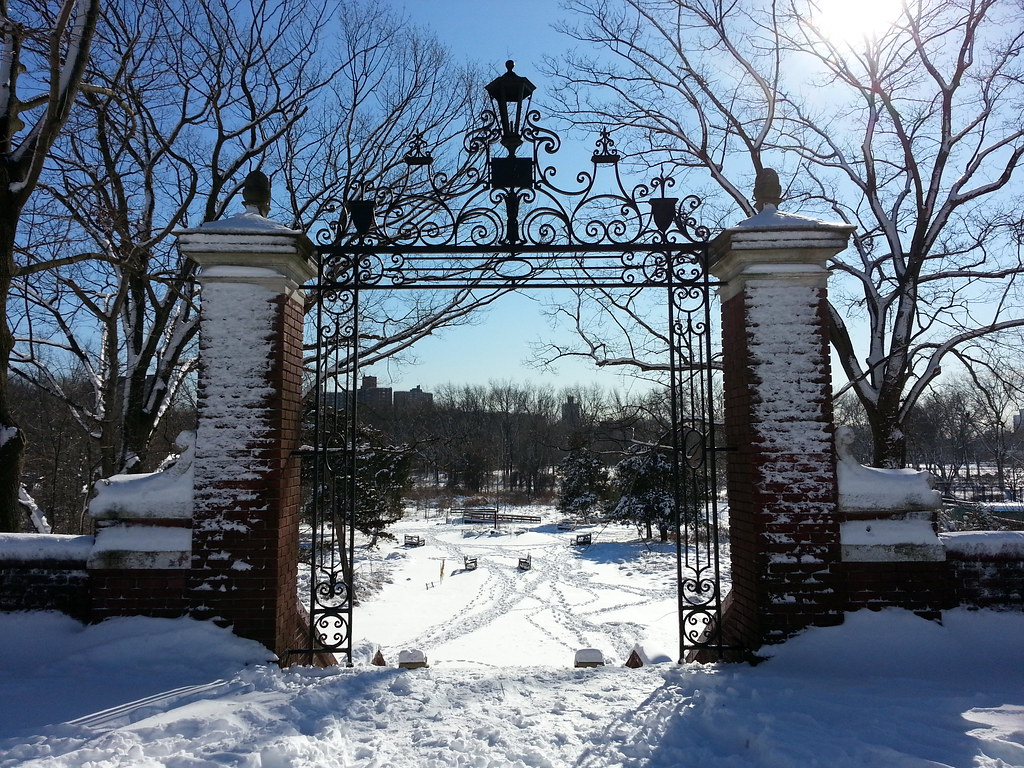 This gateway once led down to the sunken Colonial Garden, a formal garden surrounded on three sides by canals, designed by Samuel Parsons Jr. (of the Flushing horticulturalist Parsons) around the turn of the 20th century as a complement to the nearby Van Cortlandt House (located behind me in this photo), which had just been turned into a museum of 18th-century life.