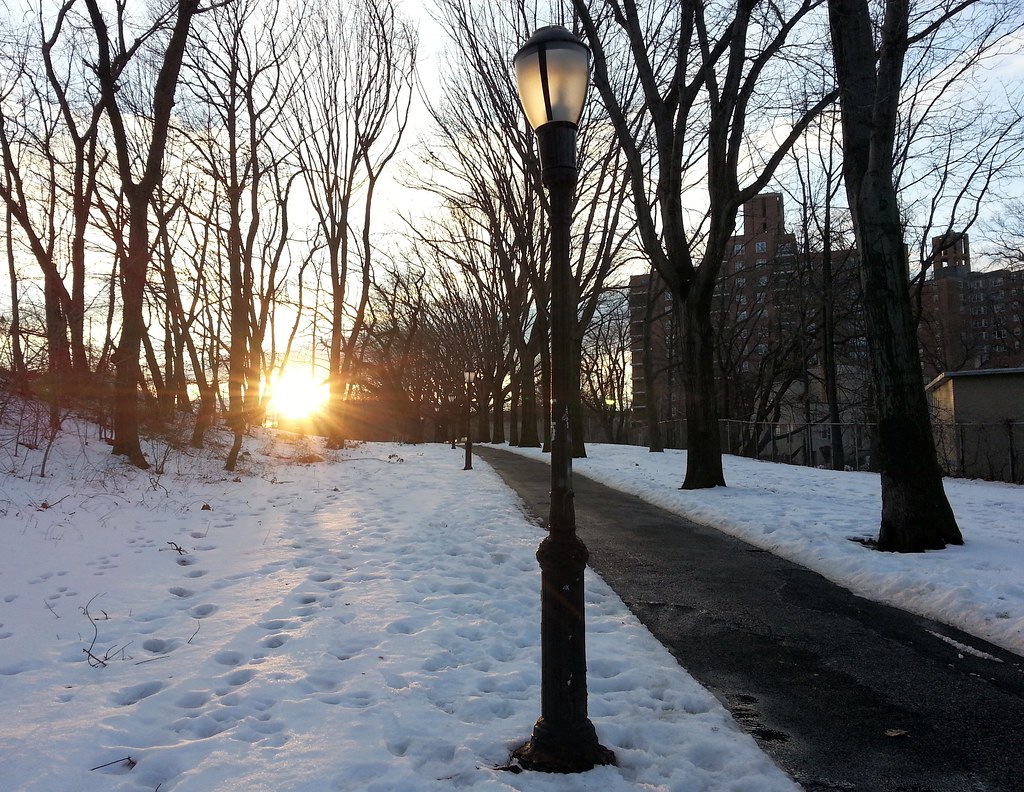 We've been by this park before. What I didn't know at the time is that its creation (page 9) followed a rather sizeable discovery of Revolutionary War relics in the neighborhood by a group of unlikely archaeologists. As our friend Reginald Pelham Bolton tells it:

One day in May, 1915, a party of boys led by Bradshaw Thurston, James Knowles, H.G. Somers, and others, resident in the vicinity, were fired with the idea of mimic warfare, and were engaged in constructing a small trench, at the head of Cannon Place, to the east of the site of Fort Independence, when their spades disturbed a cannon ball, soon succeeded by a number of other shot, until their work led them into a mass of about five hundred solid and hollow shot and bombs buried below the soil in a tangled and rusted heap. . . .

The deposit evidently consisted of materials hastily abandoned by the Pennsylvania Regiment, commanded by Colonel John Lasher, who on October 27, 1776, on receipt of orders from General Washington, destroyed the barracks and abandoned the fort and its equipment, in advance of the arrival of the Hessian army moving in from Westchester county, against Fort Washington and its exterior defenses.

The location of the find in the rear of the effort seems to indicate that the shots were thrown under some building or tumbled into a cess-pit, and were thereafter undiscovered by the Hessian and British occupants of the fort.