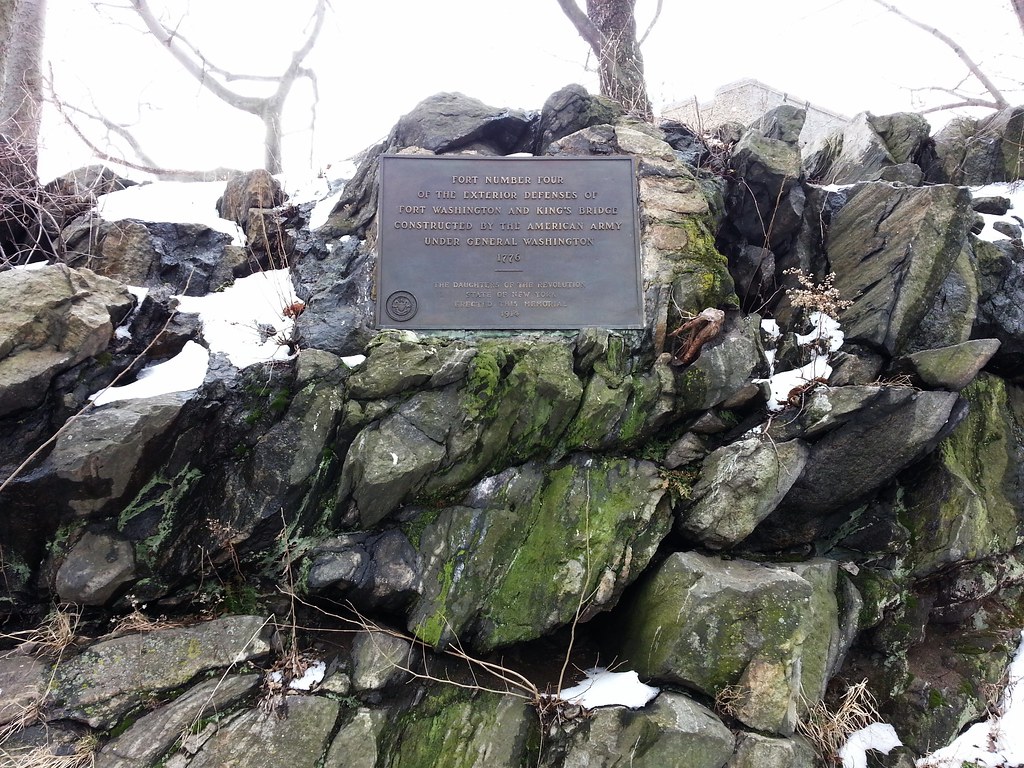 Upon this hill stood Fort Number Four, built by the Americans in 1776 and later captured and occupied by the British during the Revolutionary War. The remains of the redoubt were discovered by the amateur archaeologist Reginald Pelham Bolton (the same guy who reconstructed the Hessian hut on the grounds of the Dyckman Farmhouse) sometime around 1910. After being designated as parkland, the site of the old fort was "released from brambles and suitably marked" with this plaque, which was unveiled in 1914 "with appropriate ceremonies".

Day 368: The sights and sounds of Willets Point