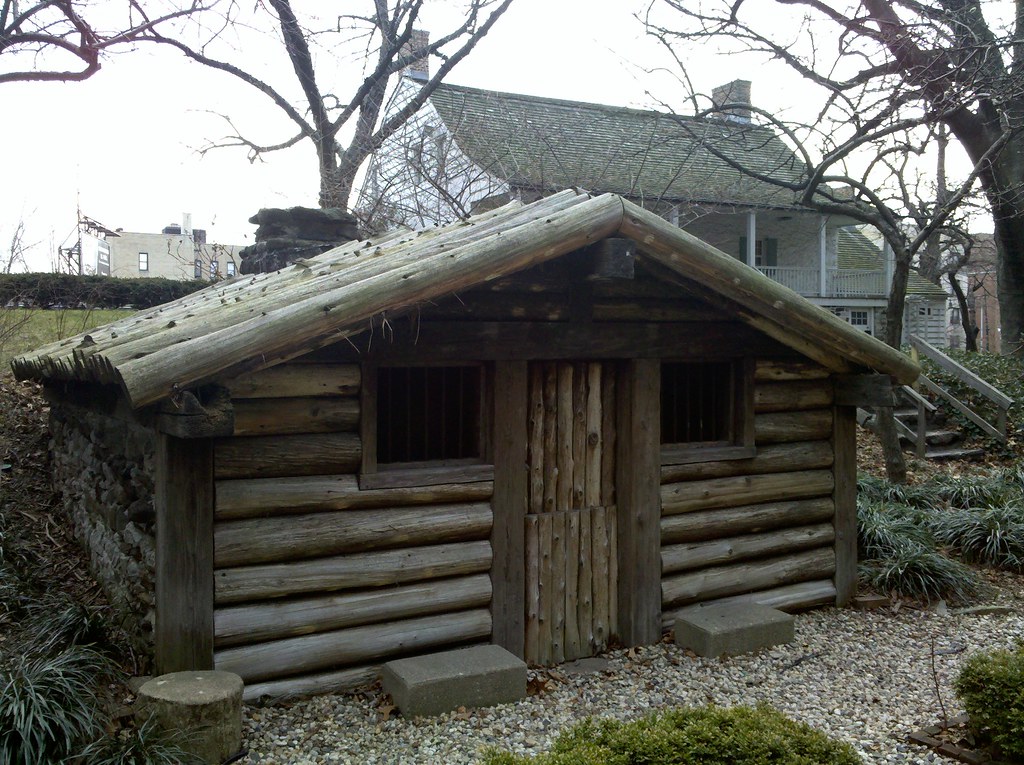 About a quarter of the British fighting forces in the Revolution were actually German soldiers hired out, often against their will, by their princes. Almost half of these 30,000 troops hailed from the principality of Hesse-Kassel, and so the lot of them became known as Hessians. In 1914, a local amateur archaeologist by the name of Reginald Pelham Bolton discovered a Hessian encampment that had been built on the Dyckman farm during the war. He reconstructed this hut, which would have housed six to eight Hessians, on the grounds of the Dyckman Farmhouse, which was just being restored at that time.

Day 555: You think the beach is better than a pool?