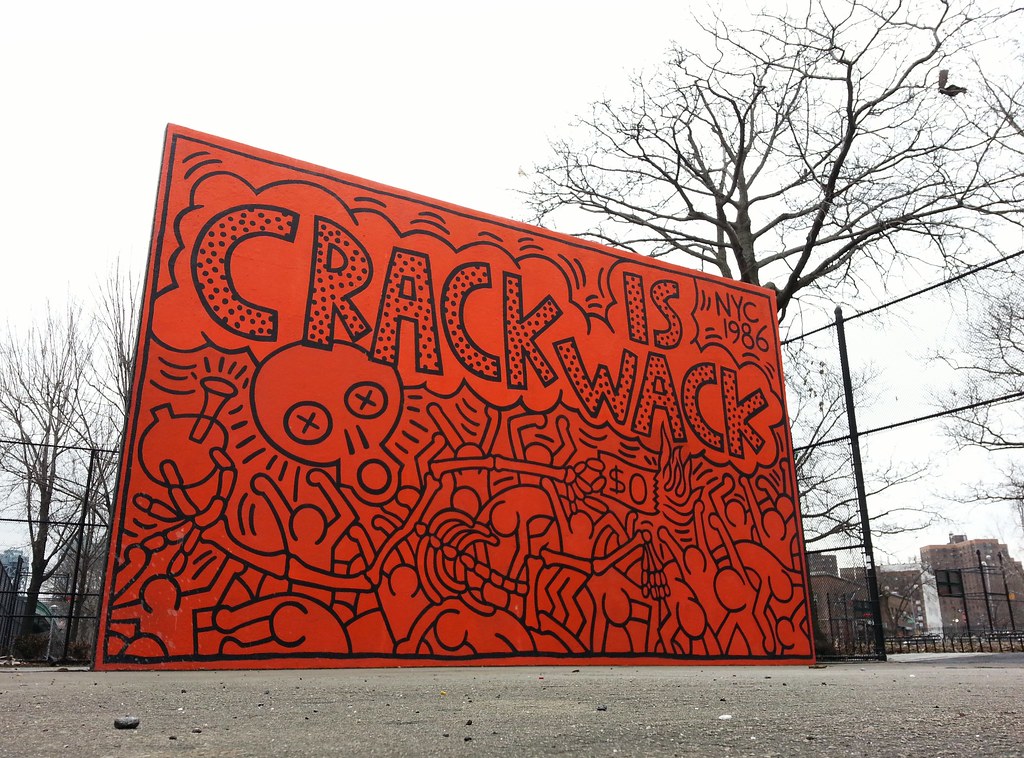 Quite familiar to southbound motorists on the FDR Drive (here's why), this beloved mural was originally painted illegally on the wall of a desolate East Harlem handball court in 1986 by Keith Haring, who was ticketed by a policeman and fined $25 for disorderly conduct as a result.

Not too long afterward, the mural was vandalized by "an unknown hand", who modified it to read "CRACK IS IT"; this prompted the Parks Department to paint over the wall in its entirety. It was at this point that the Parks commissioner at the time, that irrepressible goofball Henry Stern, stepped in and saved the day. He "personally invited Haring to repaint the mural. Early on an overcast fall morning, the artist returned to the park with cans of latex house paint and a blaring box radio. Later that day Stern showed up and donned a 'Crack is Wack' T-shirt, which the artist obligingly autographed across the abdomen."

Parks has since officially renamed the court and its surroundings "Crack Is Wack Playground", although the department mentions nothing about the painting's illegal origins on its website, which offers an amusing look at a government agency's attempts to glorify an artist whose fame is deeply rooted in his unsanctioned works.

Day 770: For Sailors of All Nations