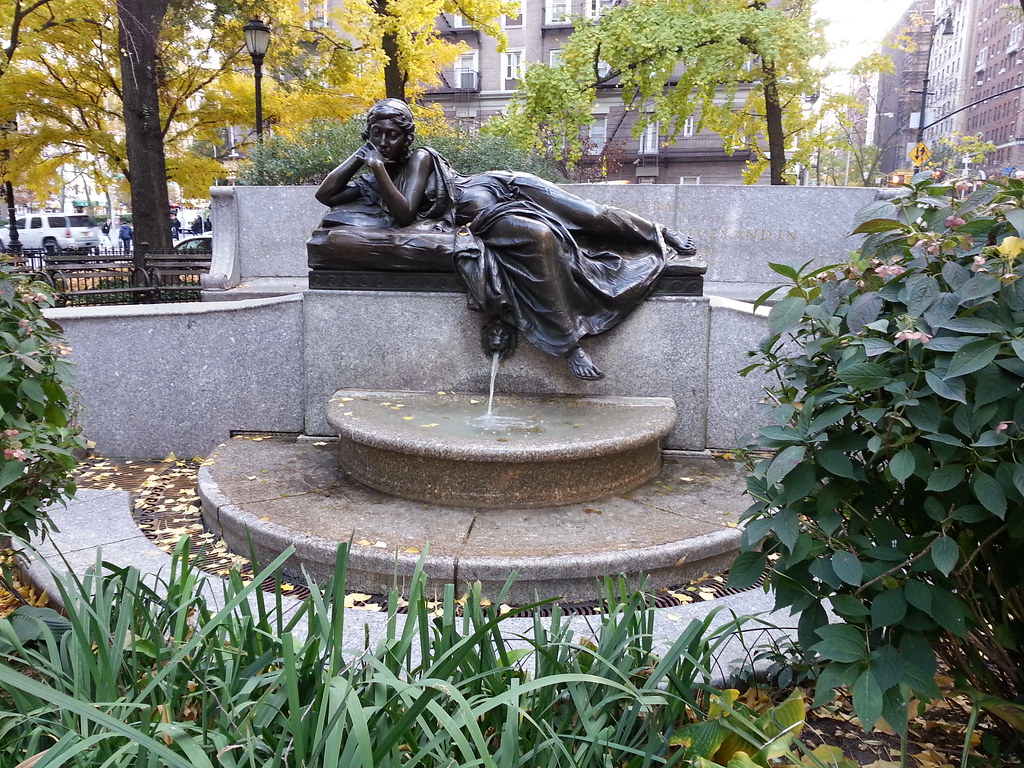 This memorial commemorates the lives and deaths of Isidor Straus, a former congressman and co-owner of Macy's, and his wife Ida. As we learned at Woodlawn Cemetery, the two of them died aboard the Titanic after Isidor passed up a lifeboat seat, seeing that there were still women and children on the ship, and Ida refused to leave his side.

The famed Audrey Munson was the model for the bronze figure of Memory, above. The flower bed from which I took this picture is a relatively recent addition; when the memorial was dedicated (with great fanfare) on April 15, 1915, three years to the day after the Titanic sank, there was a reflecting pool here in front of the sculpture.