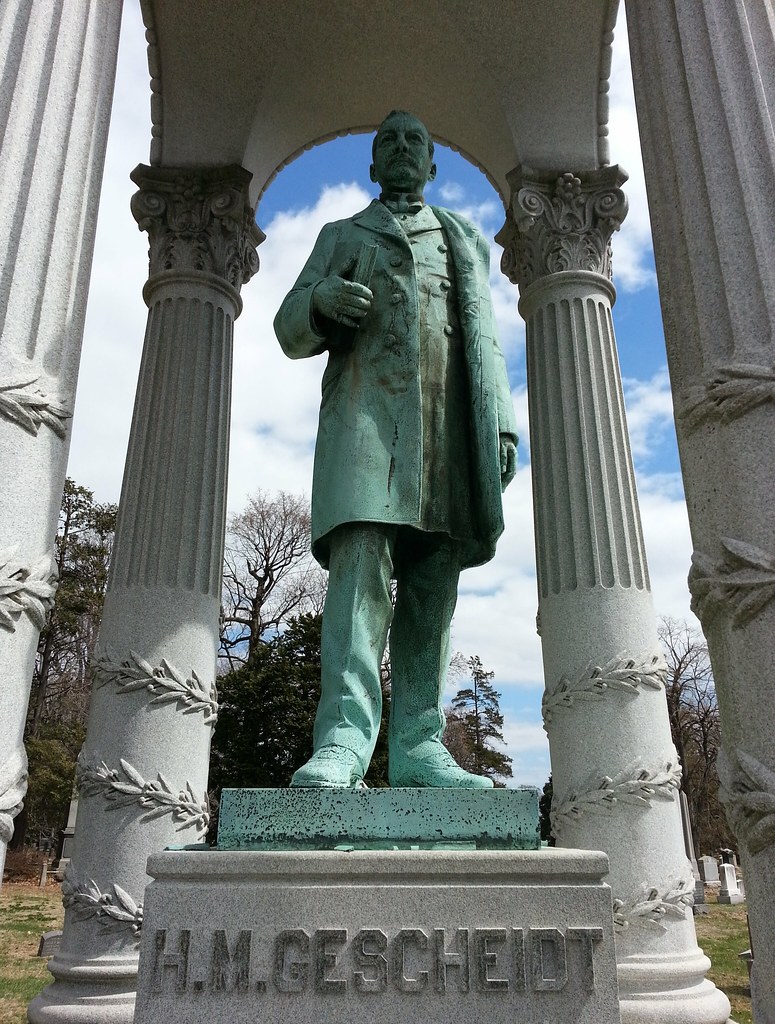 From an NY Times article published shortly after his death in 1914:

Mr. Gescheidt, who recently had a large law practice and an office at 309 Broadway, has for the last twenty years been making elaborate preparations for his death. To his intimates he has frequently confided his desire to be remembered for centuries. With this purpose in view Mr. Gescheidt has in his will provided for the establishment of a bread line, which shall not only be known as the "Gescheidt Bread Line," but he also requires that his name in raised letters be on each and every loaf of bread distributed to the needy who apply for aid.

He bequeathed $150,000 to Trinity Church to establish this bread line, but the church turned down the gift "in accord with scientific philanthropic ideas of today", according to another article published a few months later:

Trinity has been saddled for more than a century with one such charity, known as "The Leake Dole." Through its provisions loaves of bread are distributed every Saturday morning to the poor of one of the lower West Side Trinity parishes. The Leake Dole does not fill a want of any marked character, but it must be maintained. It has been the experience of charity workers in Great Britain, where the dole flourishes for making curious gifts to the poor, that the establishment of such philanthropy in a parish often spells decadence and ruin for the parish. This is due to the fact that a worthless class of persons invade such parishes to take advantage of the dole, being content to exist on that. The scheme worked out by Gescheidt for the establishment of a bread line and for the stamping of his name on each loaf belongs to the order of bequest made many years ago in England for a dole of a bottle of port wine and a leg of veal to be given to every convalescent discharged from the hospital in a certain parish. When that dole was made port wine and veal were looked upon as luxuries, and the donor of the dole never considered what effect such heavy meat and drink would have on the poor recipient. He had a warm heart, as Mr. Gescheidt had, but neither of these charitably-minded men viewed his gift in its future economic aspect.

Day 206: An easy face to recognize