In a condition of mental bewilderment 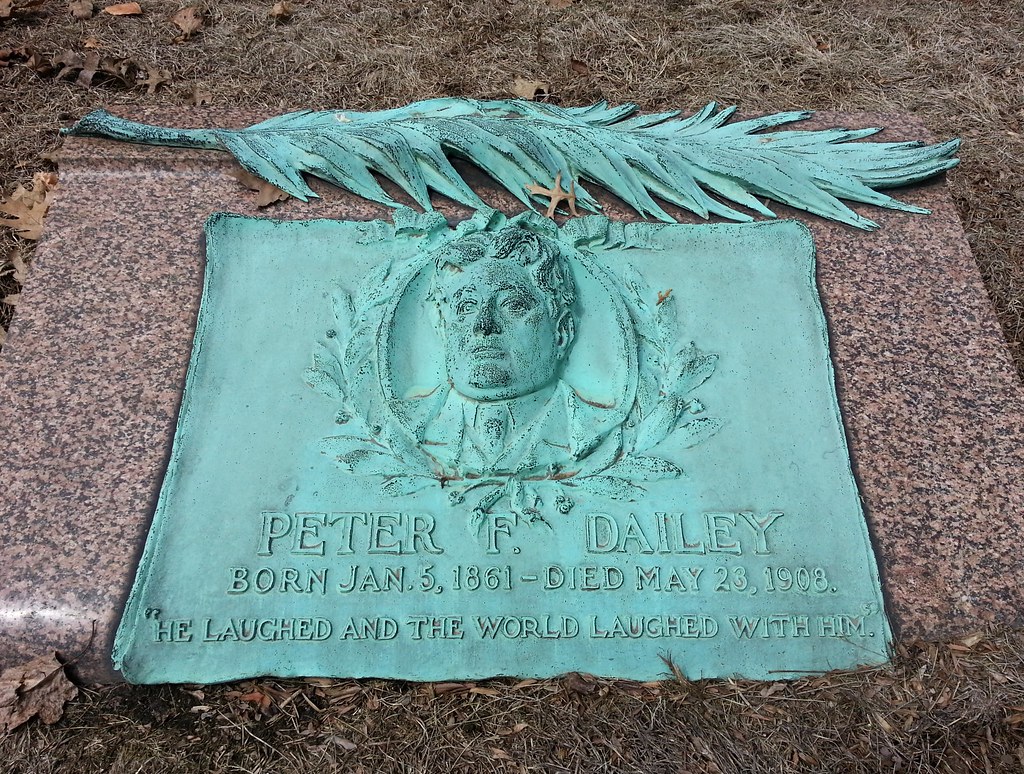 From a 1900 book entitled Famous Stars of Light Opera:

Peter F. Dailey is a great actor in the extremely popular character of Peter F. Dailey, a part that he has played successfully, under various guises and amid diverse environments, for many seasons. It is not a highly complex role at that; it does not sink very deep into the bed-rock of human nature: it would be ridiculous in the extreme to think of it as even pricking the emotions or stirring ever so remotely the sentiments; its appeal to the intelligence, moreover, is entirely superficial, for the reason that its humour is both colloquial and conventional. Yet it is an immensely entertaining personation, for its spontaneity is perfect, its freshness, ease, and good-fellowship most satisfying, and its humanity, in its limited field of up-to-date Broadway, realistic and suggestively true to life. . . .

Dailey was born with the jester's temperament. Probably his stock of original humour is small, for his wit seems to be imitative rather than creative, and is chiefly remarkable for its nimbleness, timeliness, and adaptability. . . . Dailey's wit has no permanency, and it is often nonsensical and meaningless examined critically and apart from the conditions that gave it birth. It is literally a flash in the pan that catches one unawares, forcing laughter without thought and leaving one as suddenly, in a condition of mental bewilderment as regards the exact cause for the disturbance.

Dailey died in 1908 after contracting pneumonia while starring as the preposterously named Caramel de Jollidog, a "journeyman lover", in a burlesque of The Merry Widow. He is buried in the same family plot as the minstrel Billy West; the two were brothers-in-law, having married a pair of sisters.