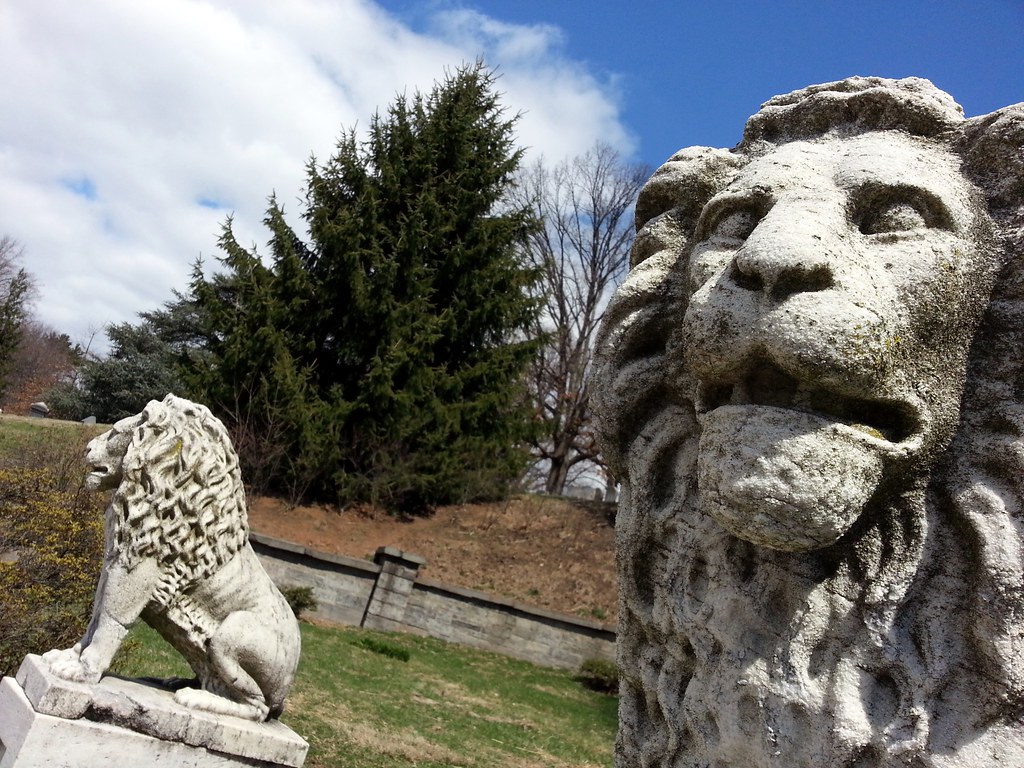 outside the lavish family mausoleum (photo) of 19th-century impresario William Niblo. Niblo was the proprietor of the famed Niblo's Garden, "a vibrant drink and entertainment antecedent to modern Broadway theater-going", where "the first of the great Broadway hits" — a five-and-a-half-hour extravaganza of "art and bodily allurement" called The Black Crook — premiered in 1866.

Niblo's wife died well before he did, and in his later years he would frequently spend summer afternoons at Green-Wood, whiling away the hours inside the family tomb, "novel in hand, until the shadowing of the grand path before the door showed him that evening was near." During one visit, however, a great burst of wind slammed the vault door shut and trapped him inside. It wasn't until the next morning that he was discovered, "sitting composed in the tomb, and by no means near so much agitated as was any one of those who were looking for him. He explained the accident, his shrieks for assistance, and then his relapse into a calm and philosophical consideration of the circumstances. He knew that no one could hear him call, but he felt that the active brains of his friends would seek him out, and that sooner or later he would be liberated."