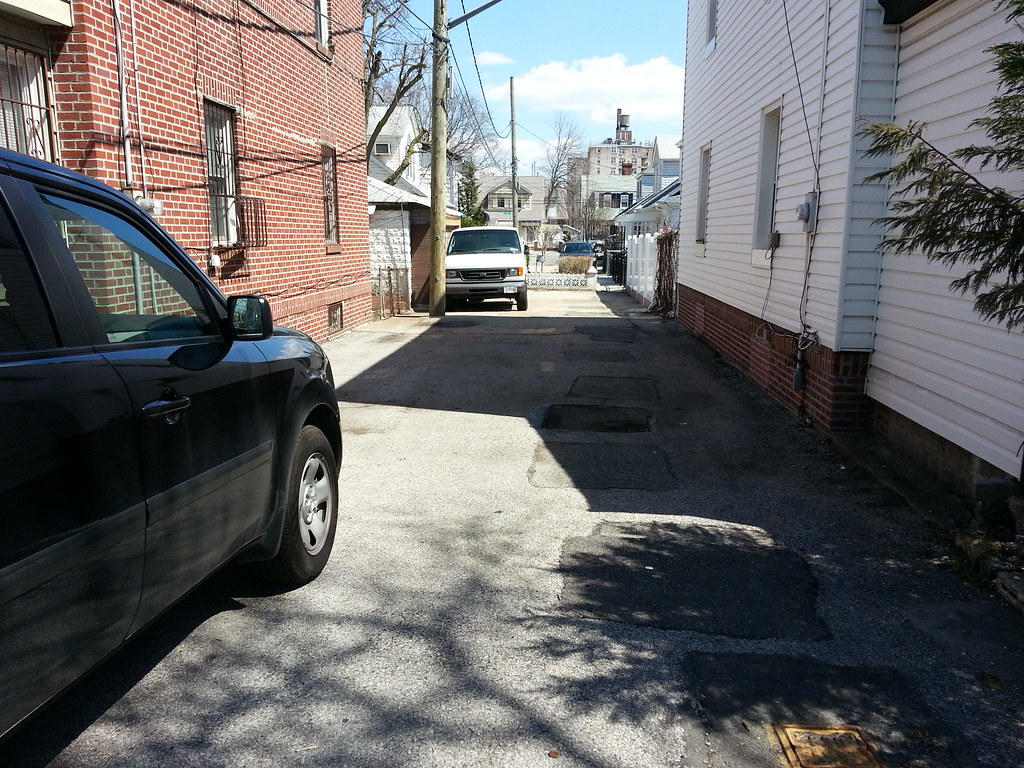 This block-long alley runs between East 21st and East 22nd Streets. Four and a half miles north along East 21st Street, as we've seen, lies a little cul-de-sac named Kenmore Terrace. The fact that the two Kenmores share a name is not a coincidence: it turns out that East 21st, the street that connects them, used to be a Kenmore itself — Kenmore Place. (It appears that a short stretch of East 21st Street was actually officially co-named Kenmore Place in 2000, restoring its historical appellation, although the street signs in that section do not reflect this change.)