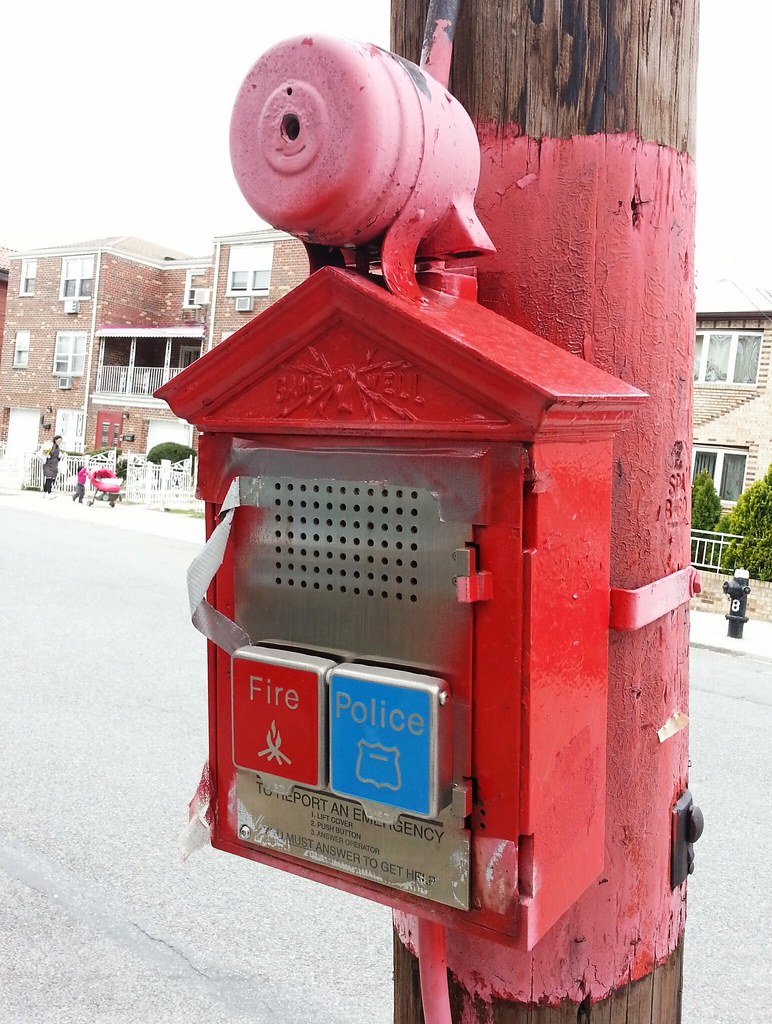 As we've seen, New York's emergency call boxes come in many different forms. This is the shell of an old Gamewell (check out the awesome logo) telegraphic fire alarm box with a modern telephonic fire/police button unit installed inside it. Gamewell was the dominant manufacturer of fire call boxes in the US, but this is the first Gamewell box I've noticed in NYC — within the city, they're apparently only found in a few neighborhoods in Queens.

The cylindrical thing mounted on top of the box is a mechanical Arrestolarm, which would have blasted a "loud and distinctive warning shriek" whenever the box was triggered. This was intended to discourage pranksters from setting off false alarms by drawing immediate attention to anyone reporting a fire.