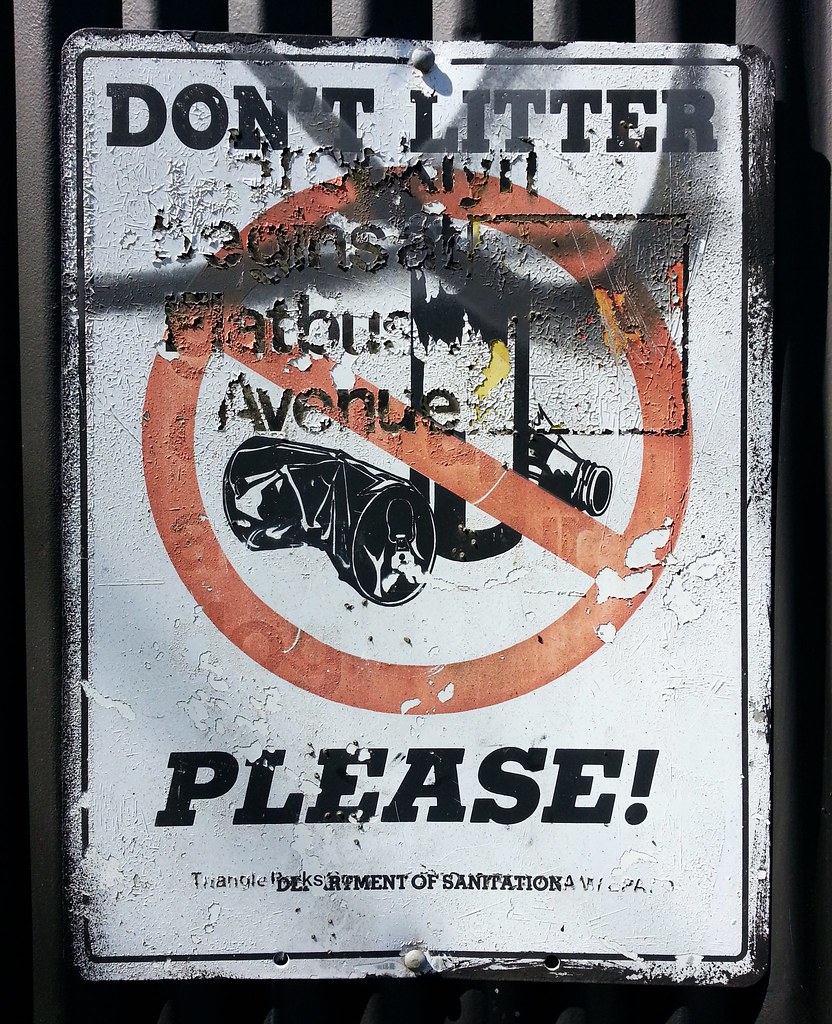 Currently mounted to a fence on a dead-end street in Elmhurst, Queens, this multilayered palimpsest used to be one of the Triangle Parks Commission's "Brooklyn begins at Flatbush Avenue" signs. And if you really look closely, you can find evidence of yet another past life: "leash, gutter and clean up after your dog".

The gas lamps that once illuminated the aforementioned Triangle parks — formerly utilitarian traffic islands converted into little parklets in the 1970s — were donated by Brooklyn Union Gas under the company's "Cinderella" program. (We previously learned that this program was the origin of the not-nearly-as-old-as-you'd-think gas lamps found in front of many Park Slope residences.) Coincidentally, Brooklyn Union was also the company that built the massive gas tanks (and traffic-report landmarks) that for decades stood just beyond where the sign above is now located, on land that has since become Elmhurst Park.