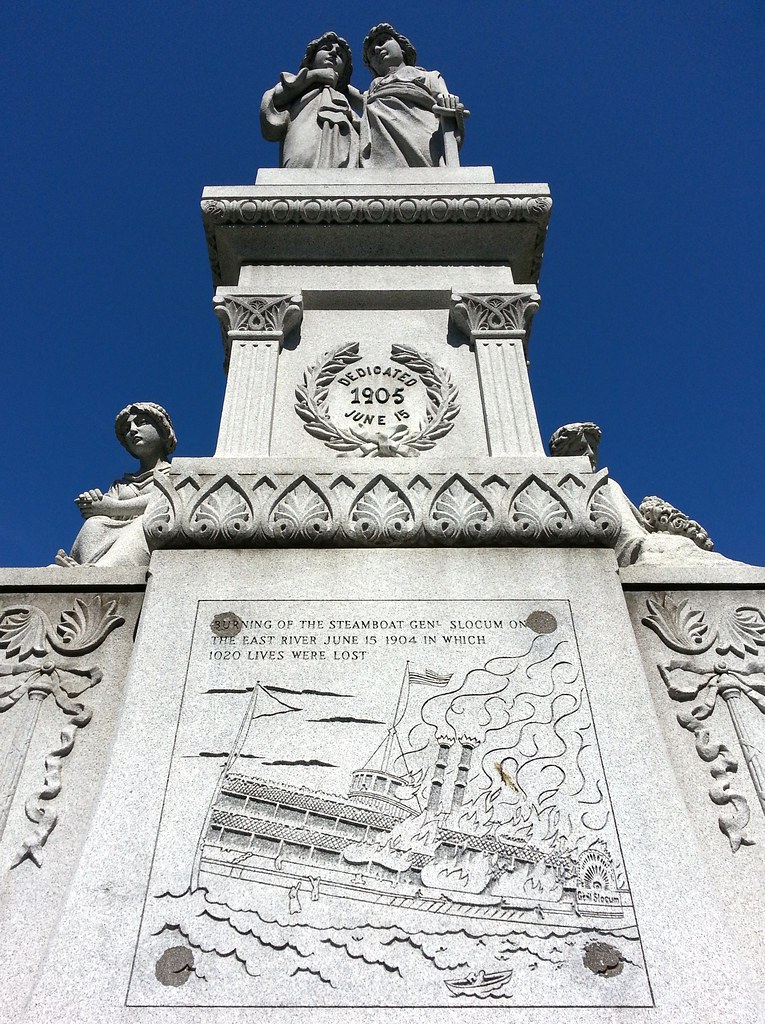 The burning of the General Slocum, an excursion steamer that was carrying residents of Manhattan's Little Germany to a church picnic when it caught fire in the East River in 1904, was NYC's deadliest disaster prior to 9/11. Many of the 1,021 people who died are interred here at All Faiths Cemetery (known at the time as Lutheran Cemetery).

The monument above is dedicated to the 61 unidentified victims, whose remains are buried in the surrounding plot. It was unveiled at a ceremony a year after the tragedy by the youngest surviving passenger, a little girl named Adella Liebenow, who would also go on to become the final surviving passenger prior to her death in 2004 at the age of 100. (Another survivor, a decade older, made it to 109 — both she and Adella were still alive when the twin towers fell.)