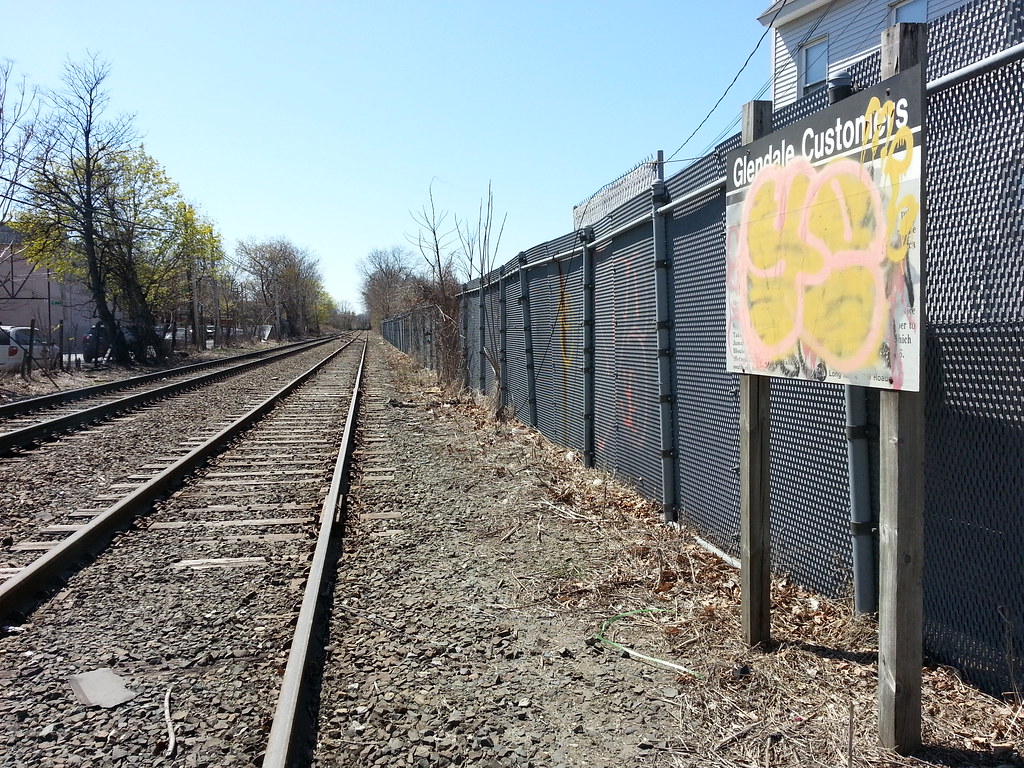 on the Lower Montauk Branch, located just outside the southern entrance to All Faiths Cemetery. The Long Island Rail Road ceased passenger service here and at four other stops on the line in 1998 (before eventually canceling passenger service on the line altogether in 2012), deciding the stations were too "lightly used" to justify paying for the improvements needed to keep them open. As a 1998 NY Times article put it:

"Lightly used" may be an understatement for Glendale station, which is actually two forlorn strips of pavement beside the tracks, with no signs, no timetables -- nothing, in fact, that suggests it is an official stop on the L.I.R.R.'s Montauk branch.

According to L.I.R.R. records, only two customers used the station each day: Ms. McDonald, who carries her lunch in a plastic bag, and Mr. Sullivan, with his Newsday tucked under his arm. Both work in Glendale. (Mr. Mueller, who rides the train to the Nassau Coliseum only when there is an Islanders game, does not show up on the daily passenger counts.)