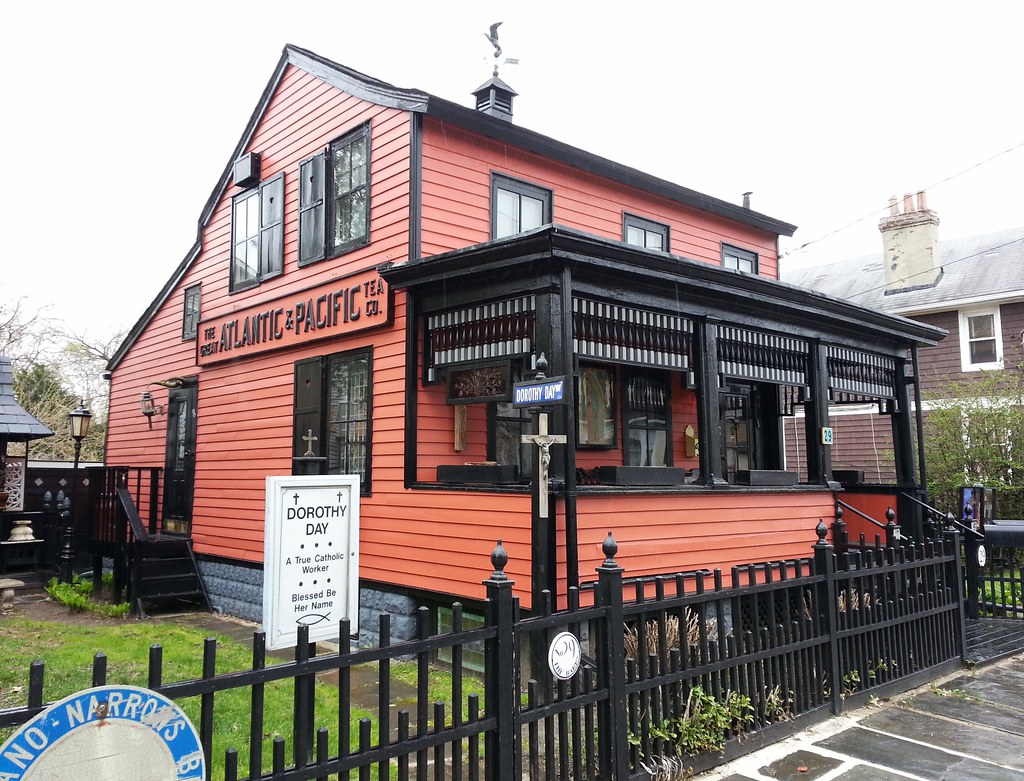 For almost 30 years, this house has been owned by John Foxell, an "artist, writer and self-confessed eccentric" who has painstakingly renovated the formerly dilapidated building and has added two small structures, a "prayer house" and a "spirit house", to the property. Mr. Foxell has also spent a great deal of time decorating the place to suit his particular tastes:

Many items might strike a more squeamish man as simply grisly — for example, the pair of glass-fronted coffins containing skeletons; a necklace made of human bones; a box containing children's teeth. Hollow-eyed skulls peer out from shadowy corners.

Yet these memento mori do not offend.

He is prepared for emergencies as well as the hereafter. Off the kitchen, home to a 1934 ball-top General Electric refrigerator and a 1951 stove, is a pantry stocked with items like canned creamed possum. "Survival food," Mr. Foxell said.

You can see some interior photos here and here.