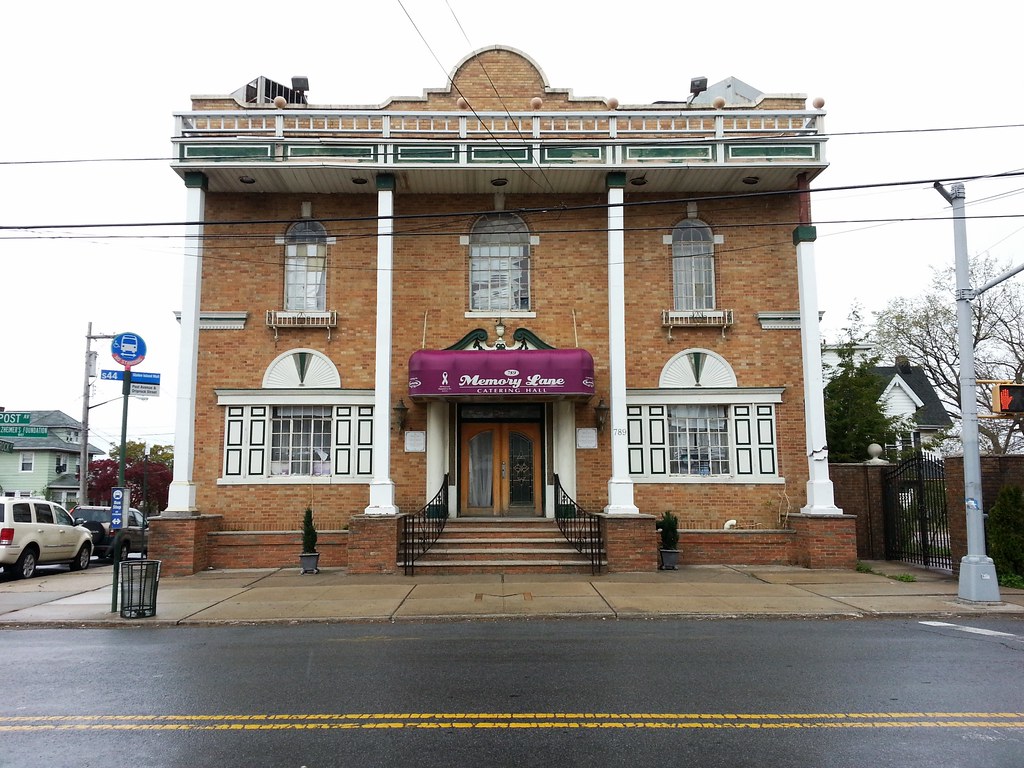 This catering hall is owned and rented out by the Alzheimer's Foundation of Staten Island. (Or at least it was — the organization has had some financial problems in recent years and the place looks a little too neglected to be an active event space.) The building was formerly, at least as far back as the early 1930s, known as Svea Hall, named for the Swedish fraternal organization that built it. It later served as a Masonic temple and then as the Mandalay catering hall before becoming Memory Lane.