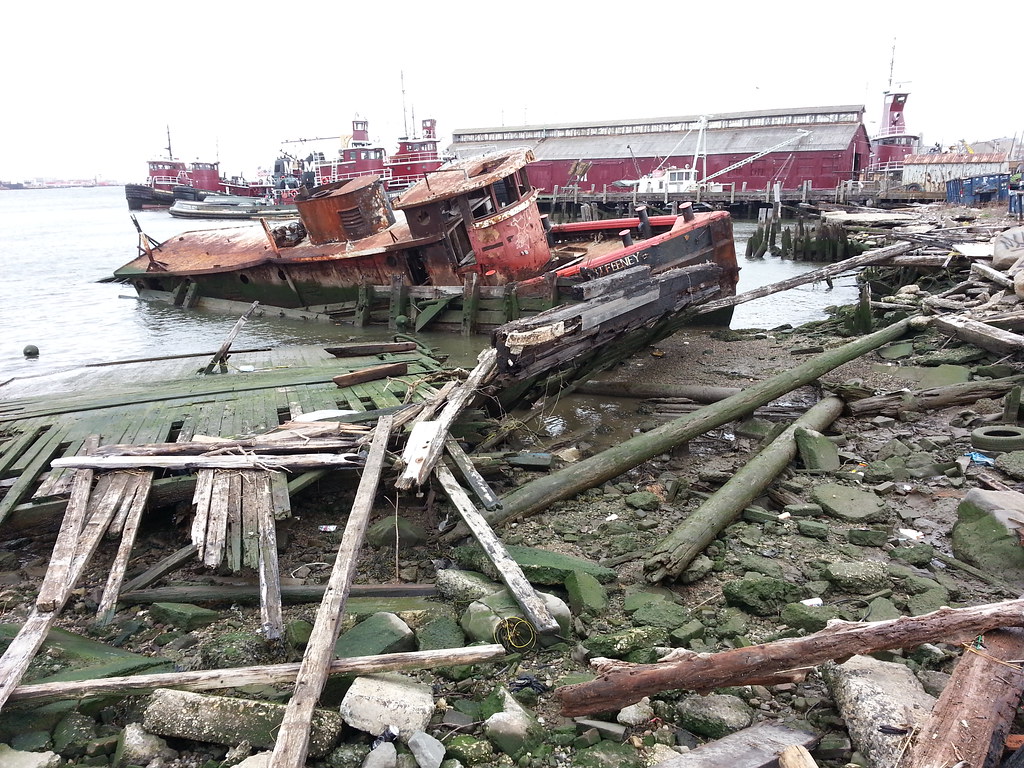 Named Germania when it was launched in 1892, this tugboat (closer look) has been stranded here at the northern end of Port Richmond Avenue for at least a decade. (It was apparently in better shape and being restored as recently as the early to mid-1990s.) Right beside it, you can see the last remains of an old wooden barge that had also been grounded here for quite some time. The barge caught fire a few years ago, and what was left of it has deteriorated even further since then.