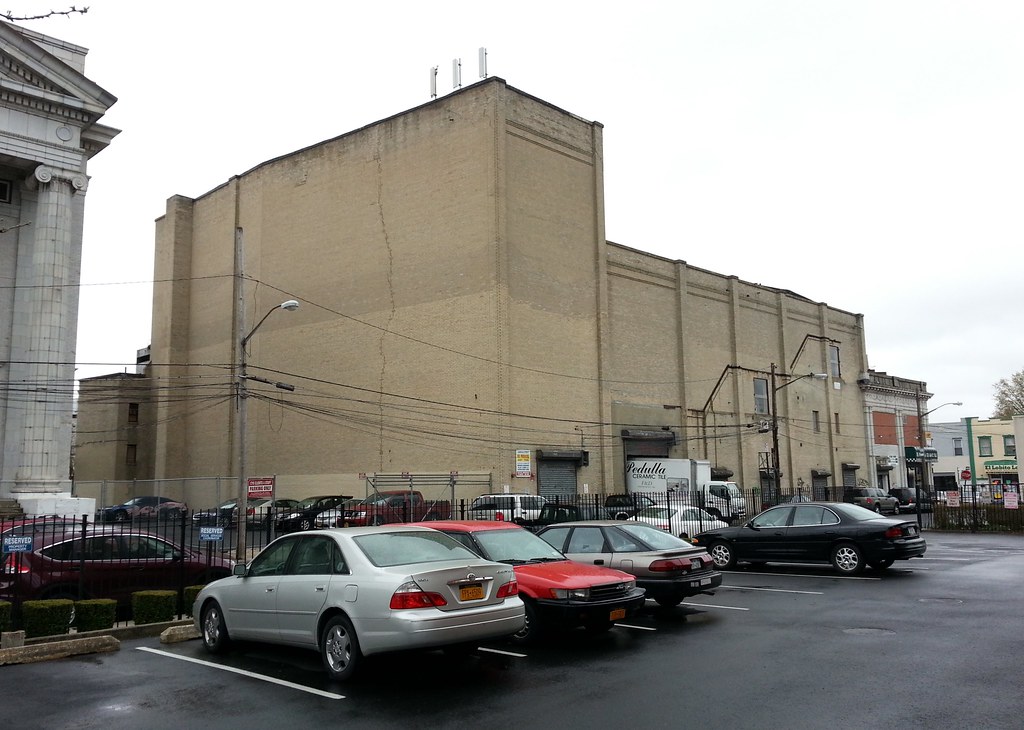 The Ritz "was one of three theaters that earned Port Richmond the nickname 'Times Square of Staten Island.' Built in 1924, the town's most ornate and most expensive theater held more than 2,100 seats. Audience members could watch movies or vaudeville shows accompanied by the Ritz Orchestra. Double features cost 20¢ in 1948."

In the 1970s, the Ritz became a venue for big-name rock shows, much like another seemingly out-of-the-way old theater we've crossed paths with: the old Loew’s 46th Street in Borough Park. Some of the acts that played here at the Ritz: Jethro Tull, Jefferson Airplane, Black Sabbath, the Kinks, Procol Harum, Captain Beefheart, the Allman Brothers, Alice Cooper, Yes, Humble Pie, King Crimson, and Don McLean.

The theater was later transformed into a roller-skating rink before taking on its current role as a tile showroom in the mid-1980s.