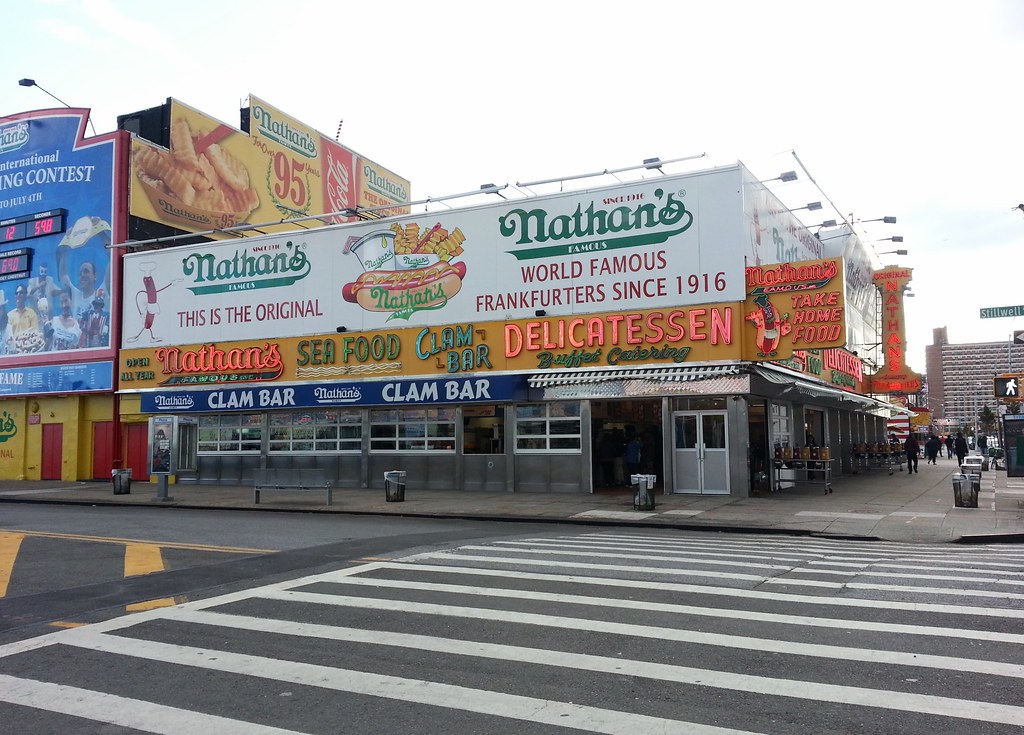 In 1916, Nathan Handwerker opened a frankfurter stand here at the corner of Surf and Stillwell Avenues in Coney Island. From that point on, for over 96 years, this flagship Nathan's reportedly opened for business every single day until it was finally forced to close by Hurricane Sandy. (Damage from the storm kept the place shuttered for several months.)

From a previous post about Charles Feltman, the purported inventor of the hot dog: