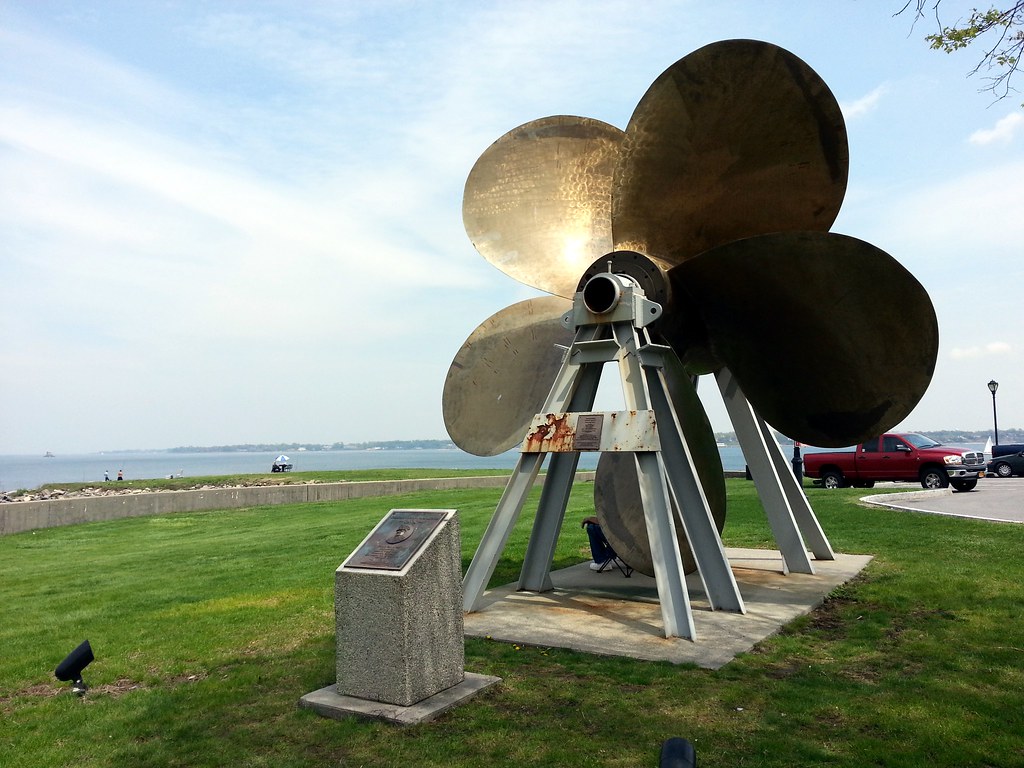 This 60,000-pound propeller on display at SUNY Maritime College originally belonged to the SS United States, the fastest trans-Atlantic ocean liner ever built. According to the NY Times, it "was built for speed because it was meant to be a troop carrier if needed. The Pentagon paid two-thirds of its $78 million construction cost."

The ship has been out of service since 1969 and moored at a Delaware River pier in Philadelphia since 1996, but it looks like it may be moving back home to New York in the not-too-distant future to serve as "a hotel, museum, shopping and restaurant mall, entertainment complex, conference center, educational facility, or some combination of all options for reuse."